Training the leaders of tomorrow 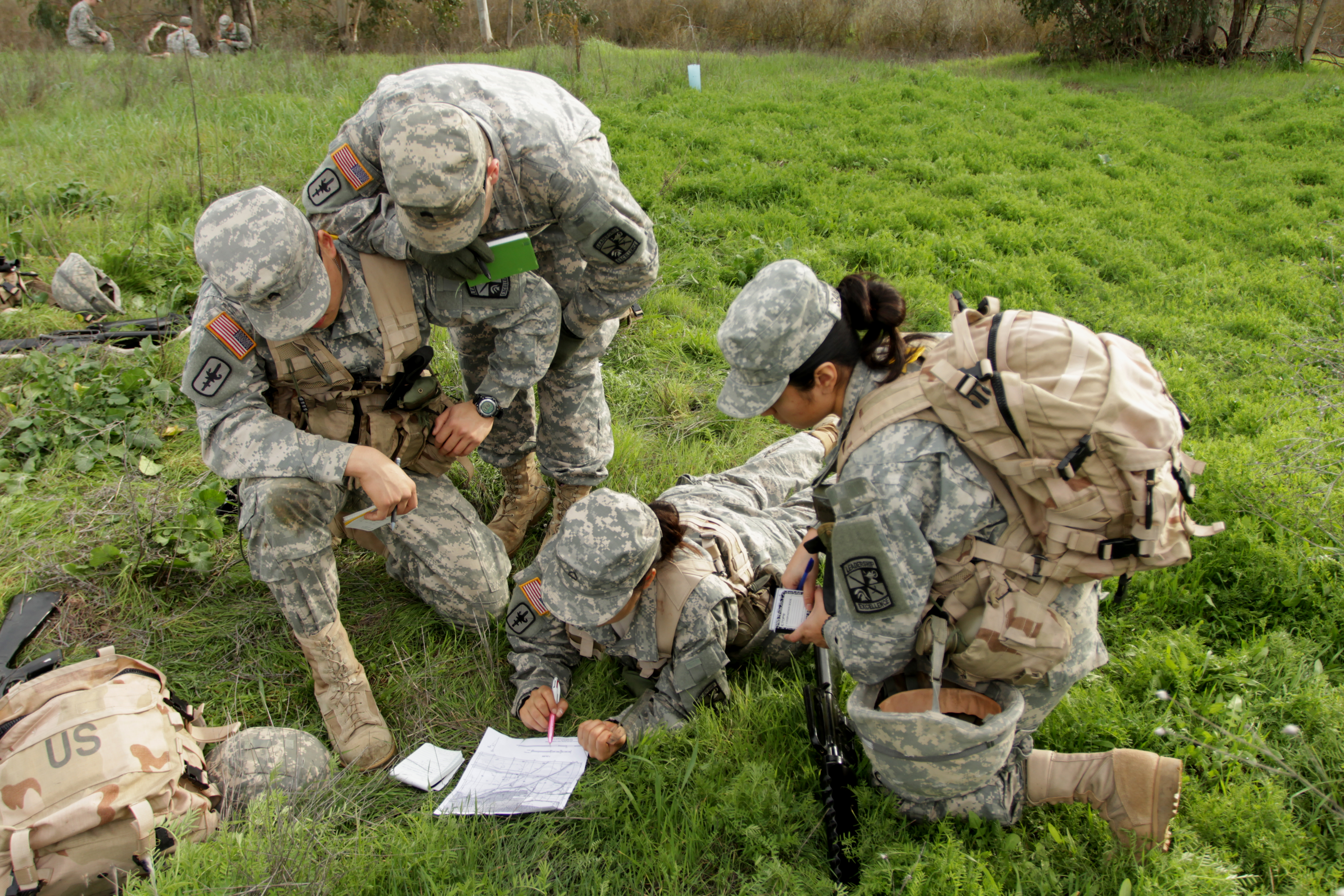 The Reserve Officers’ Training Corps (ROTC) is a program implemented in universities that trains college students to become commissioned officers in the U.S. Military. The Army ROTC is known to be one of the most successful national leadership programs and is offered at UC Davis.

Active duty army officer Lt. Col. Ryan Burket is a professor of military science at UC Davis and has been the department chair for the program for 15 months now. Lt. Col. Burket has been in the Army for 18 years and was trained as an aviation officer pilot. Burket explained the general purpose of the ROTC.

“ROTC is a four-year leadership program,” Burket said. “What we really teach and focus on is leadership that produces Army officers. If one continues to go on with the program the end products out of ROTC is the same end product that West Point produces, so after graduation cadets are commissioned as second lieutenants in the army whether that is the National Guard, Army Reserves or active duty full time Army officer.”

In total there are 275 ROTC programs across the country, which produce about 6,000 officers every year. Lt. Col. Burket detailed that Davis has 65 of those 6,000 officers, and each year about 15 of those officers graduate.

“The way ROTC is traditionally set up is kind of a ‘crawl, walk, run’ program,” Burket said. “So as freshman we really try to focus on teaching the basic fundamentals of the Army and how to be good followers […] we also teach the Army values and ethics as well as some basic hands-on Army skills like how to use a map and compass and other traditional tactics.”

Lt. Col. Burket explained how during a cadet’s sophomore year the lesson plan entails more leadership and decision-making on a basic level. During this time, sophomores are also given leadership positions by coaching freshman through the basics. During a cadet’s junior year, the program primarily focuses on tactical and leadership skills. Following their junior year, cadets are faced with one of the most important summers as ROTC members.

“The capstone event in a cadet’s ROTC career is after their junior year,” Burket said. “Every cadet across the country goes to Fort Knox, Kentucky for a month. This month is both an evaluation and a baseline teaching experience so that we know that all ROTC cadets that come out of the program have at least a 30 day experience similar. So it allows us to evaluate all 6,000 cadets in that cohort against the same standard.”

As a senior, the program allots for a transition period so that students can transition their focus from being a cadet to becoming an Army officer who leads over 40 soldiers, Burket said. During class, senior cadets are taught how to plan for the long term and work on team building skills, decision making, critical thinking, risk management and ethics.

“During this time we dive a little more in depth and introduce [cadets] to the concept of emotional intelligence and empathy and things like that,” Burket said. “We’re really focused on being future leaders, specifically Army leaders, but we can apply that to any skill set whether that means being a National Guard and leading in corporate America or going full time into the Army.”

Whether one chooses to go into the Army full time or part time, cadets are set up for success on both paths, Lt. Col. Burket explained.

“It’s something kind of unique about Davis,” Burket said. “About 50 percent of our graduating officers go into the National Guard and back into the California workforce and the other half go into the Army full time.”

During their senior year, cadets are faced with the decision of which path to pursue.

“It’s really based on what they want to do,” Burket said. “‘What do I want to do with my life and which direction do I see my life going in,’ either way we set them up for Army leadership skills, but also the foundation of leadership and management skills as well.”

For students who express an interest in the program later than their freshman year, joining ROTC is still possible. For those curious about the army Lt. Col. Burket recommended signing up for a class.

The ROTC program also offers a multitude of scholarships for cadets who exhibit excellent leadership and involvement as well as do well in their academics. One of these scholarships is offered on a national level for high school graduates and awards its recipients with four years of tuition covered at whichever school a cadet desires. However, if a student does not receive a scholarship before starting college, the ROTC program also offers scholarships to cadets. The campus based scholarships also cover full tuition and fees and add a $5,200 stipend, but if a cadet chooses to accept that offer they must commit to time in the Army in exchange.

Kyle Dennis, a first-year aerospace engineering major, is a four-year national scholarship recipient. Less than a quarter into his first year, Dennis explains why he wanted to join ROTC in college.

“My father is in the Army and has been for a number of years now so that played a large role in why I wanted to join ROTC,” Dennis said. “He has never actually said, ‘Hey I want you to join the Army,’ but the structure is really good for me, and I feel like it has made me a better person having that background […] that coupled with the fact that I think everyone should do a part for their country.”

“I would definitely say that ROTC is a type of fraternity,” Dennis said. “It’s co-ed but it’s definitely a feeling of brotherhood because everyone is helping each other out. I enjoy the people so I definitely spend a lot of time in the ROTC building because they are my friends. It’s a large part of my college life, but that’s because I enjoy it so much.”

Kaytlin Quijas, a third-year cognitive science major, explained what made her want to join ROTC.

“My junior year of highschool […] my best friend died in a car accident and it turned my world upside down,” Quijas said. “I am a firm believer that everyone has a purpose in this world and at the time I felt as though I hadn’t lived a life of purpose thus far. So I re-evaluated my life and wanted to do something that is filled with purpose. I want to make a difference and impact the lives of others.”

Quijas explained how she balances her life with academics, ROTC and as captain of the rugby team.

“Being a student itself is hard, so being a cadet on top of being a student is even harder,” Quijas said. “Having a social life is something that I value because I feel the friendships and connections I make at school are going to last longer than anything else I gain from school. And plus, I’m here for the memories. I am a special case and am a cadet, student-athlete.”

“What I tell people is ‘making a difference within yourself and you’ll make a difference in the world,’ it’s about bettering yourself,” Quijas said.