How social media is eclipsing books 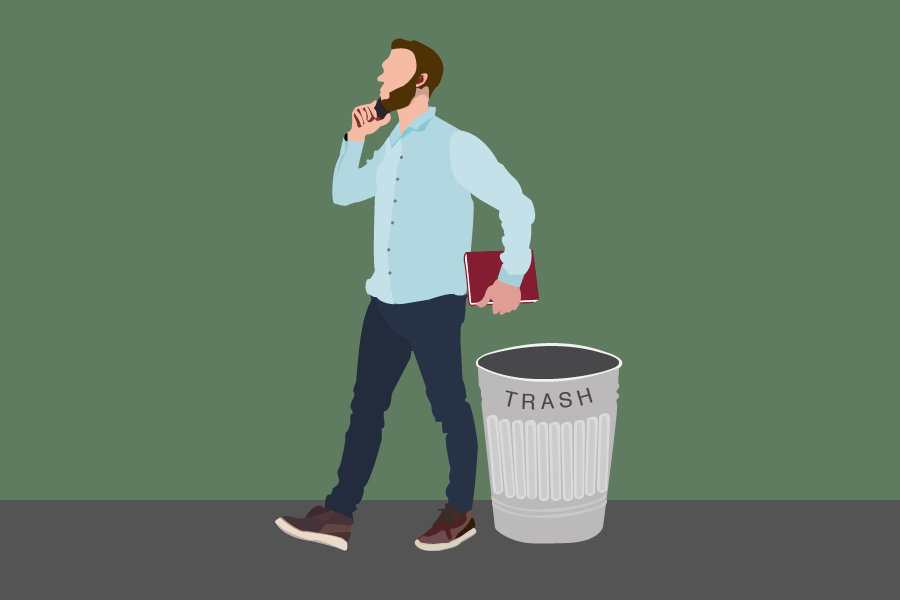 The year is 2018, and no matter where we are, it’s quite a common sight to see people immersed in their virtual universes on their cellphones. Whether it’s at a café or even a family gathering, social interactions have been somewhat replaced by social media or digital media. This is more evident in teenagers, who are Snapchatting more than reading novels or following hashtags rather than going through the morning newspaper. According to a study published in 2016, nearly 82 percent of 12th graders visited sites like Facebook, Twitter and Instagram every day, while only 16 percent reported reading a book, magazine or newspaper every single day — compared to around 60 percent in the 70s. And although 33 percent of 10th graders said they read a newspaper almost every day in the 1990s, by 2016, this number had dropped to just 2 percent. Encountering people who leisurely read on a daily basis is rapidly becoming a rarity.

We may conclude that in these past ten or so years, with the arrival of this new virtual age, our lives have transformed drastically. To a teenager born in the 21st century who has been exposed to social media from a young age, reading books for pleasure doesn’t seem like a top priority when most teenagers of the same age are so immersed in their virtual lives. Television was the undisputed king of digital media in the pre-internet era, and youngsters had little to no options for watching something that aligned with their interests. Thus, spending time reading books on topics of their interest was often a go-to.

Circumstances changed massively after the unprecedented introduction of the internet, and with time people, started using Google as their main source of information and knowledge. No doubt, the internet is perhaps one of the greatest inventions of modern era and it has made our lives much easier. But the internet nowadays is mostly dominated by social media sites, which in some ways have diverted from the main purpose of the internet. Teenagers prefer social media over books or magazines, as they may feel a sense of connection to a community from which they are accessing their knowledge. But the information on social media is often times unreliable — which usually isn’t the case for books.

With the world at our fingertips, we are multitasking all the time and receiving information from social media faster — often times at the expense of receiving the complete information. Thus, multitasking has made us more impatient when gathering knowledge. Rather than gaining quality information on a single topic, we go through multiple tasks and end up with incomplete knowledge on multiple topics. In order to read one book, one has to invest their time and completely focus on it. But a lack of attention span plus impatience may be the reason that teenagers today prefer quantity over quality. According to the National Centre for Biotechnology Information, “the average human attention span has dropped from 12 seconds in 2000 to 8 seconds in 2013 (just one second below that of a goldfish).” We can’t completely blame social media for this decrease, but at the same time, giving excessive time to interacting in the virtual universe versus spending quality time in the real world undoubtedly has its repercussions.

With different types of information on social media, youngsters today may look at a certain topic through a biased perspective. And why read a book on a given topic when there are several, shorter online sources to read instead? One writer on Quartz estimated that individuals could read 200 books a year if they used their time on social media to read instead. These figures are really disturbing, and every parent should make sure that their children spend some quality time reading books rather than being on social media for hours.

And this isn’t just the case for teenagers. Adults also spend more time online than being engrossed in leisure reading — university assigned readings or books on syllabi don’t count. There’s a need for fostering a reading culture in our homes and schools as social media, despite being more accessible, doesn’t enable us to think outside the box. The virtual experience isn’t as rewarding due to the lack of effort. Meanwhile, when reading a book we transcend to a whole new dimension; for example, book lovers often associate the smell of books to a certain experience and feeling in the past. Even the smell of a certain book can be reminiscent of fond memories (this is not possible with Kindles, let alone with social media).

It’s no wonder that Plato once said, “Books give a soul to the universe, wings to the mind, flight to the imagination and life to everything.” Books and reliable sources on the internet, not social media, should be our sources of knowledge because right now it’s more likely that a person will be influenced by the opinion of a horde of people on social media rather than take the opportunity to develop their own viewpoint.