How California fails its inmate firefighters 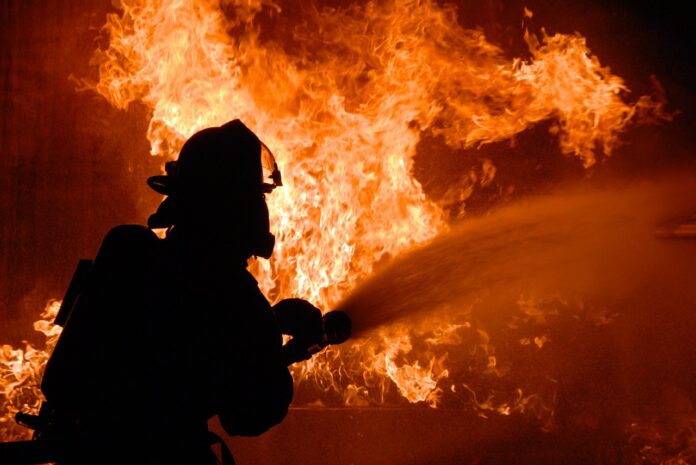 Across the nation, Americans have been bombarded with harrowing images of the destructive wildfires that have devastated California this fall.

For those of us in Northern California, the effects of the so-called Camp Fire have been particularly apparent. For many, the major repercussion has been a week and a half of class canceled due to — at times — some of the worst air quality in the world, but for those further north the story is a much more somber tale.

Paradise, less than two hours north of Davis, was at the heart of the Camp Fire. It is there that nearly 18,000 structures have been destroyed, 85 people have been confirmed dead and hundreds more are still feared missing. Paradise, along with the nearby community of Concow, was virtually annihilated in the firestorm. The situation is so dire that people are now warning the community is on the verge of a “humanitarian crisis,” with federal officials telling Butte County that a full recovery will likely never be possible.

At the frontlines of the Camp Fire, as well as the Woosley Fire further south, have been roughly 9,400 firefighters. Among them were 1,418 incarcerated firefighters. These low-risk inmates are drawn from California’s prison system and paid $2 a day (plus an additional $1 an hour while fighting active fires) to assist in combating wildfires. The program saves the state an estimated $90 to 100 million a year.
Yet despite extensive training and experience fighting wildfires, these inmates are almost entirely prohibited from pursuing careers in firefighting upon release. The state of California requires potential firefighters to be licensed as emergency medical technicians. Not only are inmate firefighters denied EMT licensing or an equivalent upon completing their training, but they are also oftentimes rejected the opportunity of acquiring this qualification outside of prison. Currently, state licensing boards are provided with applicants’ criminal histories and are allowed to block potential candidates based upon this.

As insane as it may seem, a state that is annually fighting devastating wildfires is also blocking thousands of qualified applicants from potentially putting their skills and experience to work. Given that a history of non-violence is required for enrollment in prison firefighting programs, many of these low-risk, former inmates are incorrectly lumped in with high-risk violators. Rejecting these individuals’ right to put their skills to use creates yet another barrier to their reintegration into society.

If the state is worried about high-risk criminals infiltrating public services, they should create a distinct regulatory system that bars these individuals from the application process. Otherwise, they continue to run the risk of ousting thousands of qualified applicants from re-entering the labor force, potentially forcing these individuals back into a life of crime as a means of subsistence.

At the very least, the state should issue some form of EMT qualifications to inmates upon completion of their prison firefighting training. Alternatively, if the state is that concerned about inmates integrating into fire crews upon release, they could follow what the state of Arizona has done and establish professional firefighting programs consisting entirely of ex-convicts. Ideally, both of these options would be pursued in addition to removing some of the institutional constraints that currently block former inmates from re-entering the labor force upon release.

In the last few years alone, California has lost hundreds of lives and billions of dollars in destructive wildfires. It is absolutely absurd that state agencies would institute restrictions that block thousands of experienced firefighters from helping combat these fires. Addressing the barriers that prevent ex-inmate firefighters from utilizing their skills outside of the prison system would assist the state not only in fighting deadly disasters, but also in reintegrating such individuals into society.