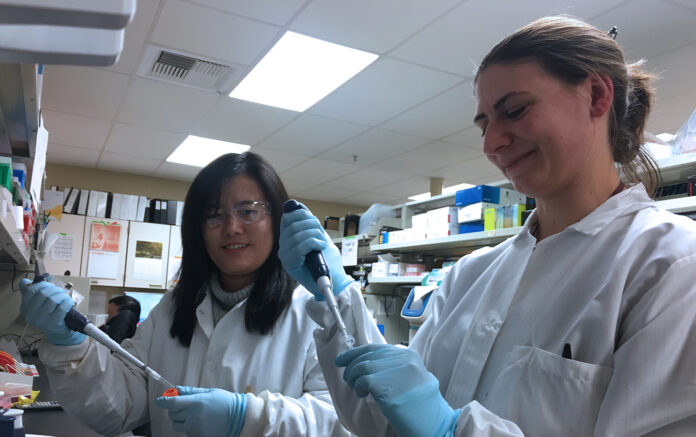 Researchers at UC Davis found that a promising new cancer treatment called checkpoint immunotherapy works better in obese patients than it does in lean patients. The scientists, who published their research in Nature Medicine on November 12, originally hypothesized that checkpoint immunotherapy would be less effective in obese cancer patients because obese people generally have weaker immune systems. Their research showed exactly the opposite.

“What we found to our surprise, we didn’t see more toxicities using this approach [Checkpoint Immunotherapy], if anything we saw just the opposite.” said William Murphy, the professor who leads the team that conducted the research. “We found that, clinically, the obese patients responded better and survived longer than the lean patients.”

Checkpoint immunotherapy relies on the immune system to fight cancer, as opposed to other treatments like chemotherapy or radiation. The immune system is the body’s natural mechanism for fighting pathogens, but it often struggles against cancer because cancer is the uncontrolled growth of cells. The immune system has white blood cells called T-cells which are used to kill pathogens. T-cells have “switches” on them called checkpoints which allow other human cells to control the immune system.

Often cancer cells take advantage of these switches and use them to turn off the T-cells so they will not eliminate the cancer. With checkpoint immunotherapy, doctors administer special drugs that attach to checkpoints on T-cells and physically prevent the cancer from turning off the T-cells. Checkpoint immunotherapy is often referred to as “releasing the breaks on the immune system” and allowing it to attack and kill cancer. Doctors are excited about the treatment because it is effective and often has less side effects than other approaches.

“The immunotherapy approach has been called the magic bullet because what it does is it seeks out the cancer and you don’t get the collateral damage or the toxicities normally associated with chemo or radiation,”  Murphy said.

Murphy and his team were concerned that because prior research demonstrated obese people have weaker immune systems, the new revolutionary treatment would be less effective in a growing part of the population. They hypothesised that lean people who have stronger baseline immune systems would benefit more from the treatment. However, as they did clinical trials comparing lean and obese animals as well as lean and obese humans, the data pointed to another conclusion.

“What we saw was quite the opposite,” said Arta Monjazeb, the head clinician on the project. “The therapies seemed to work better in obese patients.”

The researchers found that in obese people, the human body had already activated the PD-1 checkpoint in many of T-cells to prevent the immune system from going out of control. The obese body slows down the immune system because an obese person has more fat, carbohydrates and hormones that could potentially allow the system to become too aggressive. This becomes dangerous when cancer develops because the immune system is not able to effectively respond. In addition, the obese environment allows the tumor to grow much faster than it would in a lean person.

“Not only does the tumor have an environment where it can grow faster, but the immune system that’s supposed to fight it is starting to shut down.” Murphy said.

In lean patients, when doctors used checkpoint immunotherapy, the therapy prevents cancer cells from activating the PD-1 pathway and slowing immune response. In obese patients, the therapy does the same but it also removes the restrictions that the body placed on the immune system.

“If you compare a non-obese and an obese person, there’s actually more exhausted T-cells,” said Cordelia Dunai, an immunology Ph.D. student working in Murphy’s lab at UC Davis. “So when you give the checkpoint blockade, which is blocking PD-1 signaling, then you have all those T-cells unleashed.”

This allows the immune system of obese patients to fully respond to the cancer. In addition, the T-cells in the obese patients benefit from the obese environment allowing for a more ferocious immune response. This explains why the research group found that immunotherapy is more effective in obese people.

Now the research team is interested in understanding if the conditions which make immunotherapy effective in obese people can be replicated in lean patients. One suggestion is that doctors might be able to replicate the success by prescribing high-fat diets to lean patients undergoing the treatment.

“Most people thought uniformly obesity was bad; this is telling us that it can be good if you use the right type of therapy,”  Murphy said. “As we understand the patient or the individual more, we are going to better tailor how we attack cancer.”