Israel, Palestine and the battle for free speech in America 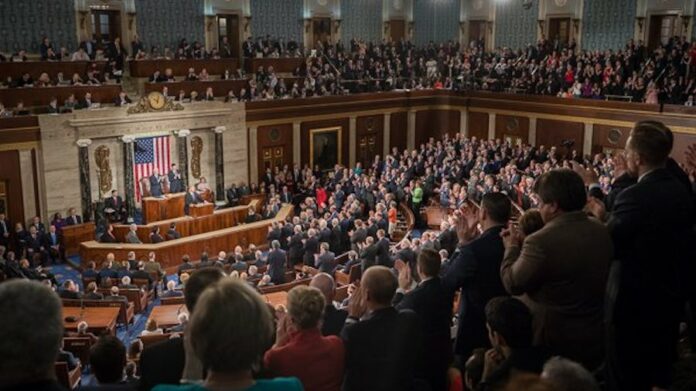 In Texas, a state long heralded as a center of libertarian conservatism, free speech matters –– until you criticize the wrong country.

Speech pathologist Bahia Amawi, an American citizen, has been employed by the Pflugerville Independent School District in suburban Austin, Tex. for over nine years. Earlier this year, she was forced into a contract termination over her refusal to sign a mandatory pledge that she “does not” and “will not” engage in a boycott of Israel.

In 2017, Republican governor Greg Abbott originally signed into law a bill that allowed school districts to include this provision in their contract requirements, while also dictating that state agencies are banned from working with or contracting companies that have boycotted Israel. Abbott’s bill is part of a broader, bipartisan political movement aimed at punishing Americans for severing economic ties with the American ally. In 2017, a group of 43 senators —  29 Republicans and 14 Democrats — supported legislation introduced by Maryland Democrat Benjamin Cardin that would criminalize any form of participation in a boycott of Israel.

This absurd notion that personal boycotts of Israel should be outlawed is increasingly becoming a political norm supported by both sides of the aisle.

So despite the Democratic Party’s rhetoric about supposed Russian interference in American politics, the party’s establishment wing seems entirely content with a forced oath of loyalty to a foreign power. Democratic New York governor Andrew Cuomo, the first American politician to support a bill barring state workers from boycotting Israel, has simultaneously passed legislature preventing state travel to Indiana, Mississippi and North Carolina. According to Cuomo, politically-motivated boycotts of other states within your own country is apparently acceptable, even admirable, but U.S. citizens must pledge uncompromising economic allegiance to a foreign country.

In total, 26 states have passed a similar law outlawing boycotts of Israel, with an additional 13 states having introduced or possessing pending legislation that states the same.

Ultimately, this is not an issue about where you stand on the Israeli-Palestinian conflict. This is an issue about the value of free speech and the right of the American people to political assembly. You can simultaneously support Israel’s right to exist and oppose the Boycott, Divestment and Sanctions movement while also understanding and endorsing the value of free speech. The reluctance of both many pro-Israel advocates as well supposed defenders of free speech in opposing these increased attacks on Americans’ First Amendment rights can be seen as nothing less than sheer cowardice.

Firebrand conservative and ardent pro-Israel advocate Andrew Breitbart once said politics is downstream from culture. People’s perceptions about right and wrong are undeniably shaped by the culture around them. When the right of the government to control Americans’ political decisions becomes normalized, free speech stands to lose. And as we’ve seen through the previous doxxing and blacklisting of pro-Palestinian advocates at UC Davis, it’s only a matter of time before this assault on Americans’ constitutional rights trickles down to our own campus.

My position is in this argument is neither one in support of or against Israel or Palestine. In fact, it’s one outside the conflict all together. Rather, it’s a plea to defend Americans against attempts to stifle and intimidate their right to freedom of speech. Americans should not be forced into choosing between their economic livelihood and their own personal political dignity. The idea that they must be coerced into an unwavering endorsement of a foreign political power as a prerequisite to employment is simply absurd and embarrassing. This level of political intimidation reeks of a creeping authoritarianism and should be universally opposed irrespective of your politics.