Why farmers must use nitrogen fertilizers efficiently 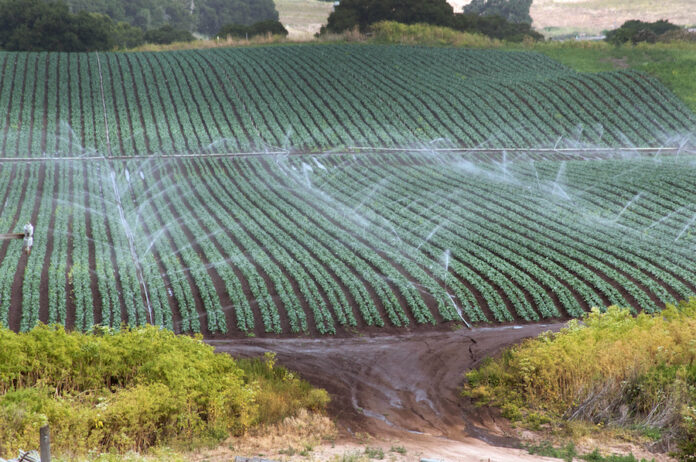 Fertilizers for crops have been an achievement that has propelled society forward:  about half the population of Earth is currently fed by the innovation of crop fertilizers.

But the magnitude of this tool also has its implications. Plants can only take in so much nitrogen from the fertilizers, and when that plant reaches its maximum capacity intake for nitrogen, the rest stays in the soil, where it starts polluting our environment and contributing to climate change.

California’s Air Resource Board, the state’s voice on contributions to air pollution, estimates that about 4 percent of California’s nitrogen oxide emissions come from fertilizers. Our energies have been focused on what we thought was the leading cause of nitrogen oxide emissions to the atmosphere: transportation. California implemented the smog-check to control the amount of carbon dioxide coming from vehicles. Yet California has the nation’s worst air quality, according to a 2017 report from the Lung Association.

In 2018 it was discovered how grossly miscalculated the actual damage nitrogen oxide emissions from fertilizers actually contribute to air pollution. A recent study from UC Davis shows that up to 41 percent of nitrogen oxide emissions come from overused fertilizer in soils. The Central Valley, which produces one third of the country’s vegetables and two thirds of its fruits, has the highest amount of air pollution in all of California. Central Valley’s bowl-like topography along with its hot dry climate is a recipe for disaster for its residents. It’s no surprise that cities like Fresno have 70,000 residents with asthma.

The World Health Organization estimates that air pollution causes one in eight premature deaths and is associated with increased risk of asthma, cancer and birth defects. Unfortunately, nitrogen oxide emissions are not just detrimental to our health, but to climate change as well. Nitrogen oxide is a greenhouse gas, and like any other, it makes the Earth warmer and therefore causes climate change. Nitrogen oxide also reacts in the air to produce ozone pollution, another greenhouse gas that is toxic for humans and the environment.

The problem of nitrogen oxide can be easily solved now that we know where it really comes from. Just like we focused our attention on cars when we thought they were the leading cause of nitrogen oxide pollution, we must now turn our attention to farmers using nitrogen fertilizers. The good news is that this is a very easy fix. A simple program that incentivises farmers to use fertilizer more sustainably and efficiently will help them save money by using the right amount of fertilizer and it would help reduce pollution to the environment, thereby mitigating the effects of global warming.

Such a program will reward those farmers who use fertilizer most efficiently, thereby creating a healthy competition between farmers to apply fertilizer adequately. This will shape the culture of farming in a more sustainable way by instilling proper techniques and can create new jobs since farmers will need soil technicians to help them measure the right amounts of fertilizer needed for every crop.

By implementing these incentive programs, the free market could also jump in to develop new technologies that can help farmers use fertilizer more efficiently, such as controlled fertilizer drip irrigation systems like the ones currently used for watering crops. More controlled, natural depositions of fertilizer have proven to improve the intake of fertilizer from plants. Innovations can also come in the form of green infrastructure projects to prevent nitrogen runoff or catalytic converters that take out extra nitrogen from the soils. Currently, California loses tens of billions of dollars every year in health-related costs of air pollution. When this problem is resolved, California’s economy could be stronger than ever before.