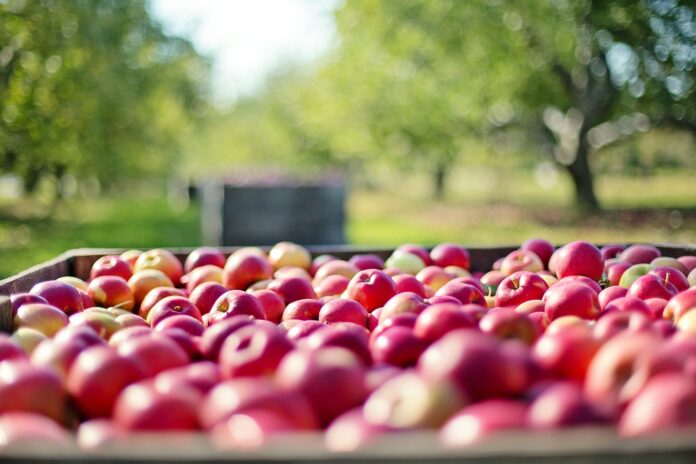 A new plastic developed by UC Davis could prevent the spread of dangerous microorganisms.

When someone walks into a supermarket and buys an apple, the purchase is the final step in a complex supply chain that brought the apple to the shopping bag. Every time the apple touched a surface during its journey, the fruit encountered organic material from previous produce; every contact held the potential for cross-contamination. UC Davis researchers are developing a unique plastic that could help combat this cross-contamination problem.

The researchers are combining previous developments of antimicrobial materials, materials that kill microbes, and antifouling materials, materials that repel microbes, to create a plastic film that could be placed on surfaces that come into contact with produce. They are focusing on the first interaction produce has with the supply chain: the bins that transport the produce from the farm to the processing facility.

“There is an indication that, despite best scientific practices, the totes and the bins which are used to transport fruits and vegetable from the farm to the processing facility, and within the processing facility sometimes, are very difficult to clean, so microbes are left on them,” said Nitin Nitin, a professor of food science at UC Davis and one of the lead investigators on the project.

This is a serious problem because if one crop is contaminated with harmful bacteria, the reused transport bins could potentially spread the pathogens to other produce.

To solve the problem, the food science researchers formed a unique partnership with UC Davis textiles and clothing professor Gang Sun. The current team is adapting an antimicrobial fabric technology developed 20 years ago by UC Davis textile scientists, for plastics.

“We are using the same chemistry we developed 20 years ago and putting it in plastic films for food contact materials,” Sun said.

The scientists create the plastic by taking pre-existing plastic used in packaging and adding a special monomer. This monomer makes the plastic antimicrobial because it allows chlorine, a molecule that kills organisms, to bind to the surface of the material. Farmers and producers will be able to “recharge” the plastic by spraying it with bleach, a commonly available chlorine solution. Although the antimicrobial function of the plastic is effective, it has limitations. Notably, when organisms are killed by the chlorine they will often stay on the surface of the plastic and new organisms can live on top of the dead layer unencumbered.

To combat this issue, the researchers are also adding another anti-fouling layer on top of the base.

“We have this plastic with the function that kills the bacteria, so we build up another layer on the surface which repels microorganisms,” Sun said.

The anti-fouling layer will help keep the plastic free of potentially dangerous organic material by using the special chemical properties of a molecule called a zwitterion.

“There is a zwitterion combination, it’s a chemistry where we have a positive and a negative combined,” Nitin said. “This means it is very difficult for microbes to bond to the surface.

“It would help prevent cross contamination, but it is not a substitute for sanitizing between uses,” he said.

So far, the researchers have created a plastic prototype in the lab, but they are working to improve and test the material. They hope to have a viable, tested preliminary product by the end of next year.