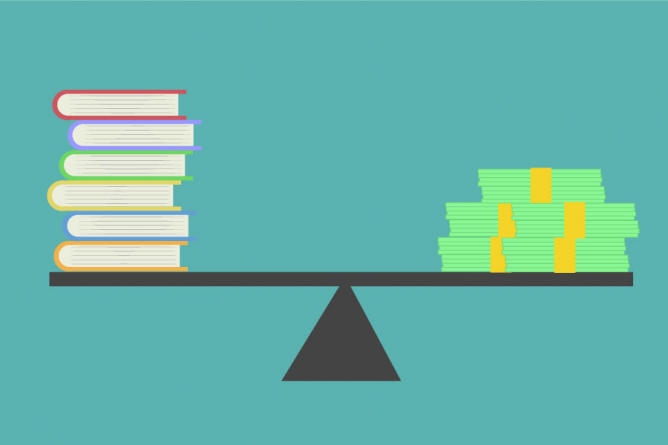 The UC made a collective decision Thursday to terminate its subscription to the world’s largest scientific publisher, Elsevier. This decision takes place in the wake of months of unsuccessful contract renewal negotiations that ended without an agreement.

The two were unable to reach an agreement because the UC stood firmly behind the initiative to make its publicly-funded research accessible on a global scale for free. Elsevier, who has had to mediate between the UC and the California Digital Library (CDL), was simply unable to accommodate this request.

Earlier in 2019, The California Aggie reported on the status of the UC-Elsevier contract renewal. Back in January, it was estimated that the school paid $11 million per year for its campuses to access content on Elsevier’s database. At the time, it was noted that the institution was searching for a resolution that included open access content — a resolution which ultimately proved unachievable.

Open access would allow readers, UC-affiliated or not, the ability to read any article produced by the UC free of charge through the Elsevier database.

The UC feels that the advantages of free, universal access to scholarly journals includes an acceleration of scientific discovery and increased communication of knowledge throughout the world. Making the research available to a greater population would ensure that knowledge would not be limited to only those who can pay for a subscription.

A press release issued on Feb. 28, 2019 from UCOP made it clear that the long-term goals of the UC and online journal were not aligned.

“‘Knowledge should not be accessible only to those who pay,’” said Robert May, the chair of the UC’s faculty Academic Senate, in the release. “‘The quest for full open access is essential if we are to truly uphold the mission of this university.’”

An email following up The Aggie’s coverage from Jan. was sent on Feb. 27, containing a letter sent from Elsevier to editors in the UC system.

The message expressed that the CDL has been pushing a multi-payer model, which would make open access exclusive to those within the UC system. The letter specifies that while Elsevier has created a proposal which they hope will satisfy both the CDC and the UC’s needs, it was still possible that an agreement may not be reached.

The very next day, news of the contract termination broke. Elsevier released a statement in response to the CDL, expressing that it believes the UC was “mistaken” in its characterization of the publishing giant’s stance during negotiations. That statement was also sent to The Aggie.

“During the negotiations for a contract covering academic publishing and access to academic literature, we have put forward a unique model that supports CDL’s multi-payer open access request,” Elsevier’s statement reads. “It is disappointing that the California Digital Library […] has broken off negotiations unilaterally, but we hope we can bridge this divide with them soon.”

UC President Janet Napolitano issued her own statement on the matter.

“‘I fully support our faculty, staff and students in breaking down paywalls that hinder the sharing of groundbreaking research,” Napolitano said in a press release. “‘This issue does not just impact UC, but also countless scholars, researchers and scientists across the globe — and we stand with them in their push for full, unfettered access.’”