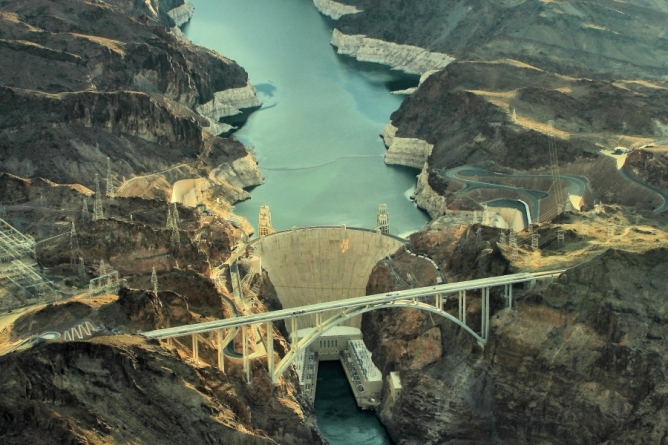 The environmental impacts of dams

Once called the Ninth Wonder of the World, the Oroville Dam is the tallest dam in the United States. Standing at 770 feet — 40 feet taller than the Hoover Dam — the Oroville Dam was built in 1967 in response to major floodings of the Sacramento Valley in the 1950s. The Oroville Dam now stores water for agricultural use downstream from Lake Oroville, including the San Joaquin Valley, during the dry seasons. The Oroville Dam also generates hydroelectricity for municipal and industrial water supplies all the way in Southern California.

The only “wonder” I have is when we’re going to phase out this ancient technology.

Since their invention in ancient times, dams have been instrumental in suppressing floods and directing water for irrigation. They’ve also provided water for industries, aquaculture and hydropower.

We’ve all benefited from dams in some way. But at what cost?

As environmentalist David Brower once said, “If you are against a dam, you are for a river.” To ignore the impacts of dams is to turn a blind eye on the importance of rivers for the environment.

Rivers function as a circulatory system in a landscape; they drain waste products off of the land and carry that sediment to structure the habitats in rivers. Once the sediments reach the coast, beaches and other offshore environments are born. Anything that disrupts the flow of a river is detrimental to the ecosystem.

According to the organization International Rivers, dams disrupt and slow the free-flowing river ecosystem to an artificial, slack-water reservoir habitat. This disruption affects the temperature, chemical composition, oxygen levels and physical properties of the upstream habitat. As a result, many aquatic plants and animals that evolved with the river are no longer optimally suited for their environment. Some dams have even led to the extinction of many fish and aquatic species, the disappearance of birds in floodplains, huge losses of forests and wetlands, and the erosion of coastal deltas.

Current environmental impacts might not be the worst or most costly yet. Climate change reports predict more severe weather extremes, but these predictions might already be coming true. In 2017, California experienced unusually high rainfall in a short amount of time. This lead to the Oroville Dam overflowing and the evacuation of 188,000 Sacramento Valley residents, costing $1.1 billion in reconstruction repairs. Unfortunately, dam problems don’t stop there.

Human-induced reservoirs have been linked to more earthquakes, and the Oroville Dam is no exception. A few years after the dam was built in 1967— creating California’s second largest reservoir — the area was struck by a 5.7 magnitude earthquake. A U.S. Geological Survey investigation into the recent Oroville Dam crisis proved that using spillways to prevent overflow can also trigger earthquakes.

We don’t think of the environmental impacts we cause until the ground under our feet starts shaking. We have been using the environment to our benefit without regard for the cost since before the first dam was created. It’s time to rethink the idea of dams as a “clean” renewable energy source. It’s time to look back at history and learn from our mistakes. It is not sustainable to live by creating personal benefits at the expense of the environment.

Just as we’re rethinking our use of coal and nuclear power, we must also question our use of hydropower from dams. If we sit too comfortably with this historic technology, we rob ourselves of the opportunity for innovation.

If we can learn to shop for our food in-season because it’s a more sustainable way of living, why can’t we act similarly when we build our communities or acquire our energy? It might take years to get out of the hole we’ve dug; we’ve built our homes and businesses along the depleted rivers that these dams block.

We might have wed ourselves to dams, but divorce is imminent.