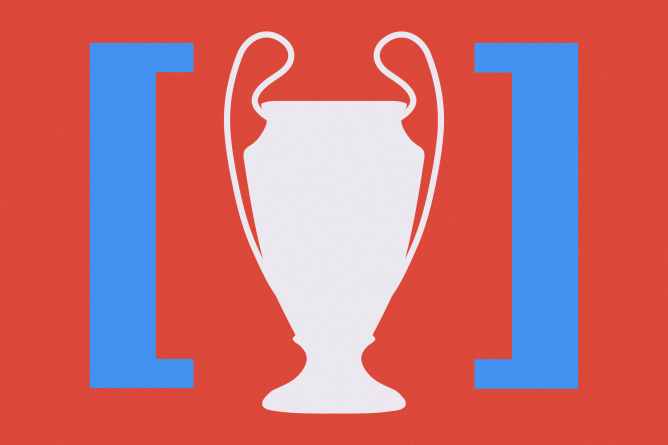 Introduction of VAR, legendary comebacks defined crazy round of 16

It would be an understatement to say that the Champions League Round of 16 captivated fans around the world with an unimaginable amount of drama and intriguing developments. VAR technology was utilized for the first time in the competition’s history, immediately bringing an onslaught of controversy and ultimately deciding the outcome of two different matches. Real Madrid, the three-time defending champion, was humiliated on its home turf and knocked out by Ajax. Paris Saint-Germain found a way to outdo itself once again, with an unforgivable meltdown against a Manchester United side completely decimated by injuries. Last but not least, Cristiano Ronaldo furthered cemented himself in Champions League lore, rescuing Juventus with a heroic hat trick to slip past Atletico Madrid. Overall, there is no reason to believe that the rest of this year’s competition won’t have fans on the edge of their seats all the way up until a champion is crowned at Madrid’s Wanda Metropolitano Stadium on June 1.

After losing 2-0 at Old Trafford in the first leg of the round, Manchester United appeared to be dead in the water against Paris Saint-Germain. But as they’ve done countless times in the last decade, Les Parisiens found a way to bottle it on the biggest stage. PSG gifted Manchester United two goals in the first half on an errant pass deep in its own half and an inexcusable goalkeeping mistake from Gianluigi Buffon. Just when it seemed like PSG would survive and move on, VAR was called upon in stoppage time to award Manchester United a penalty for a hand ball in the box. PSG defender Presnel Kimpembe attempted to turn his body in midair and deflect a shot off his back, but it was determined that his arm was not close to his body when it was struck by the ball. Consequently, the 21-year old forward Marcus Rashford calmly slotted the penalty kick into the bottom corner of the net, sending Manchester United into the next round.

With Ole Gunnar Solskjaer finally being confirmed as the permanent manager of the club, receiving a three-year contract last week, United has its sights set on a top-four finish in the Premier League and a return to title contention for next season. The team is starting to get healthy again just in time for the final stretch run and won’t have to worry about playing extra games in the FA Cup after being eliminated in the quarterfinals. Given the state of disarray the club was in when Solskjaer took over in December, Manchester United has already exceeded expectations and anything else it achieves this season is an added bonus.

After a surprising 0-0 draw in the first leg, Barcelona breezed past Lyon with a stress-free 5-1 win at Camp Nou, backed by two goals and two assists from Lionel Messi. In the past several weeks, Barcelona has opened up a 10-point lead over Atletico Madrid atop La Liga and should almost certainly win the league for the fourth time in five seasons.

Barcelona is the rightful favorite to win this matchup and should be able to grab an away goal or two at Old Trafford to take back to Camp Nou, where they are so difficult to take down. With the rest of the bracket already laid out in the last draw, an all-time classic Champions League Final pitting Messi versus Ronaldo seems like a realistic possibility.

Liverpool delivered one of the best European road performances in recent club history with an inspired 3-1 win over Bayern Munich at the Allianz Arena. The Reds’ domestic form has been anything but consistent, as the team has struggled to endure the pressures of trying to win the league title for the first time in 29 years. Nevertheless, manager Jurgen Klopp and the rest of the club realized that getting three points every time out is the only thing that matters in a tight title race, regardless of how ugly the performance may be.

These teams met in the round of 16 last season and memories of an early 5-0 thumping by Liverpool in Portugal are still fresh on the minds of both fanbases. This time around, Liverpool will begin on its home turf at Anfield and could deliver an equally-destructive knockout blow in the first leg if its front three attackers start clicking. Sadio Mane has been the most consistent attacking threat on Liverpool’s squad along with Roberto Firmino, but star striker Mo Salah is still deeply entrenched in a lengthy mid-season slump. Liverpool desperately need him to get back on the scoring sheet on a regular basis if they hope to have any chance at winning a trophy this season. Klopp will be faced with the difficult decision of who to start at left back, after Andy Robertson received a late yellow card in Munich and a suspension for the first leg.

Porto was another huge beneficiary of VAR, which awarded it a game-winning penalty in the extra time period of its second leg victory over Roma last round. Porto has taken full advantage of one of the easiest paths to the quarterfinals, playing in the easy Group D and facing a struggling Roma side. Liverpool is miles ahead of any other opponent they’ve faced so far in the competition this season. Domestically, Porto is currently tied with Benfica atop Portugal’s Primeira Liga, in what promises to be a thrilling title race.

Liverpool will be focused on its critical Premier League fixture against Chelsea, which is sandwiched between the two legs, but should still have no issues dismantling Porto and making a return to the semifinals for the second year in a row. Every team left in the Champions League had Porto at the top of its wish list when the quarter final draw took place, and Liverpool just happened to receive a stroke of luck.

Ajax pulled off the most shocking upset of this year’s tournament, overturning a 2-1 first leg deficit and stunning Real Madrid with a 4-1 win on the road. That legendary night at the Santiago Bernabeu will go down in history as the game that ended Real Madrid’s Champions League dynasty and potentially jump started Ajax’s return as an elite force in European football. The club has won this competition four times and most recently in 1995.

Ajax poses a dangerous threat because it has nothing to lose and isn’t going to back down from playing an exciting, attacking style of football. The team had to advance through multiple qualifying rounds last summer just to get into the group stage and has proven its resiliency on many occasions.

Juventus made the monumental summer signing of Ronaldo for one reason, and that’s to bring a Champions League title back to Turin for the first time since 1996. The club has dominated Serie A year in and year out, and is well on its way to winning the title for the eighth year in a row, but has struggled to get the job done on big European nights. Ronaldo, arguably the greatest player in the competition’s history, was just the man they needed to overcome a 2-0 deficit to Atletico Madrid. Juventus dominated the second leg with a 62 percent possession and Ronaldo netted his eighth career Champions League hat trick, capped off by the game-winning penalty kick in the 86th minute. Juve paid the price for switching off for 15 minutes in the first leg and will be on its toes at all times from now on.

The joyful hangover from the team’s incredible comeback didn’t last long as Juventus suffered its first league loss of the season five days later, a 2-0 defeat to Genoa. While on international duty with Portugal, Ronaldo sustained an injury to his right thigh during a UEFA EURO 2020 qualifier versus Serbia last week. Early reports indicate that he will miss the next three games but should be fit for the first leg in Amsterdam.

Juventus undoubtedly has the upper hand when it comes to experience, as opposed to a very young Ajax side that’s unfamiliar with playing on a stage of this magnitude. After overcoming a scare in the round of 16, it’s hard to imagine Ronaldo letting his team become complacent once again. The Italians should be able to get over the line in this one and inch one step closer to putting the Champions League nightmares of recent years to bed, once and for all.

Besides dismantling Borussia Dortmund in the round of 16, Tottenham has been in a tailspin in the Premier League as of late, going winless in its last four games with losses to Burnley, Chelsea and Southampton. As a result, Spurs now sit only three points ahead of fifth-place Manchester United in the race to finish in the top four and gain Champions League eligibility for next season.

After playing almost two seasons at Wembley Stadium, Tottenham will finally unveil its new 62,000-seat stadium in North London with an inaugural game against Crystal Palace this week. The first leg of the Champions League quarterfinal will be the second game at the stadium, which should deliver a special atmosphere and decided home field advantage.

Manchester City did not pull any punches in a merciless 7-0 drubbing of Schalke in the second leg of its matchup in the round of 16, advancing by an aggregate score of 10-2. City then overcame a scare in its FA Cup quarter final match against lowly Swansea two weeks ago, netting three late goals in a second half that will be remembered most for its controversial VAR decisions. As a result, the club still has a very realistic shot at winning the unprecedented quadruple by hoisting trophies of both domestic cups—the Carabao Cup and FA Cup—the Premier League and Champions League. While City would have to play an insane amount of games in the next two months to advance in each competition, there are few other clubs in Europe that have the squad depth to pull it off. The Citizens are incredibly deep at almost every position on the pitch and manager Pep Guardiola should have no shortage of options to turn to in the event that his regular starters suffer from fatigue or injury.

Manchester City is currently two points behind Liverpool in the Premier League, but has a game in hand and a significant edge in overall experience having won the league three times in the past decade. The team’s fans have typically prioritized winning the Premier League over the Champions League, but City’s ownership group seems determined to finally hoist the European cup for the first time. The club is currently under investigation by UEFA for suspected violations of the “financial fair play” rules that try to regulate teams like City who have a seemingly unlimited cash flow.

In addition to a pair of Champions League games, these two sides will also play a Premier League game on the weekend following the second leg. The squad selections and tactical battle between Guardiola and Tottenham boss Mauricio Pochettino will be very interesting to watch, as both competitions are critically important to each team.

Much like PSG, Manchester City has struggled mightily in its pursuit of European glory, falling short in the latter stages of the Champions League on a yearly basis. In last year’s quarterfinals, City fell asleep for the first 30 minutes against an attacking-minded Liverpool side benefitting from a raucous home environment and could not recover from a 3-0 hole.

Tottenham has been wildly inconsistent as of late but showed Dortmund what it’s capable of accomplishing when everyone in the squad comes together. If Spurs can harness the energy of playing in a new stadium in a positive way, they can realistically carry a one or two-goal advantage into the second leg at the Ethiad Stadium in Manchester. At that point, all Tottenham can wish to do is nip a crucial away goal and hope for the best.