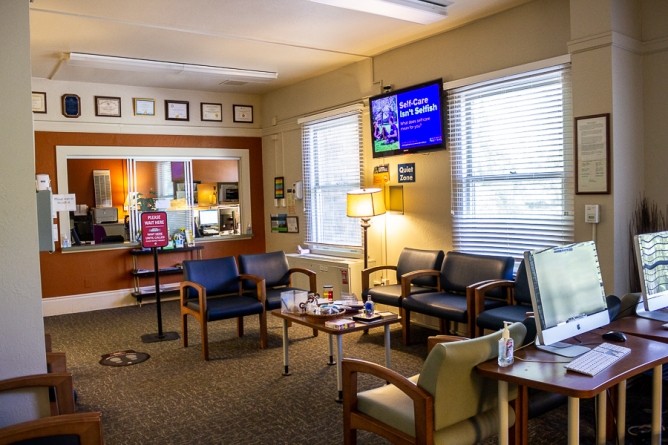 On April 11, an article was published in College Magazine naming the “Top 10 Colleges Advocating for Mental Health Awareness.” UC Davis came in at number two on the list and was described as the top of its class in combating the stigma surrounding mental health. In particular, the article stated that “UC Davis recognizes everything wellness entails—both physical and mental.”

One organization that was mentioned several times in the article is the UC Davis branch of the National Alliance on Mental Illness (NAMI). Fifth-year linguistics major and President of UC Davis NAMI Ty Miles described some of the initiatives which were mentioned in the article.

“NAMI offers mental health first aid training free of charge to students and alumni twice a quarter,” Miles said. “This training helps you support a person in crisis until you can get them to the proper care, teaches you a little bit about different mental health conditions and helps inform you what you should do in situations when you suspect a mental health crisis or someone comes to you with one.”

While NAMI is the primary organization mentioned in the article, this is just one of the many mental health advocacy initiatives on UC Davis’ campus. Other than NAMI, there are several other organizations that strive to destigmatize mental illness such as the UC Davis Mental Health Initiative and Each Aggie Matters. Milly Judd, a fourth-year animal science major and the director of the UC Davis Mental Health Initiative (MHI), is grateful to attend a school where mental health advocacy is a priority. She described feeling a sense of improvement during her time as a student regarding mental health awareness.

“I do believe that we’ve significantly progressed in terms of mental health on our campus, even since I was a freshman, and I think a lot of it has to do with the students,” Judd said.

Judd believes that destigmatizing mental illness is a large feat that can only be accomplished through collaboration. Therefore, MHI works with other student-run organizations to host a mental health conference every January as well as mental health awareness month in May.

“Mental Health Initiative collaborates with a lot of other student organizations on campus to talk to administration about mental health on campus,” Judd said. “We go to meetings about every other week to get more resources on campus as well as better access to already existing resources.”

While UC Davis has many programs and resources in place to raise awareness for mental illness, a significant aspect of mental health in college has to do with campus culture. The College Magazine article specifically mentioned that attending UC Davis gives students the opportunity to “bask in the Vitamin D that the California sun gives you almost every day.” While any student who has survived Winter Quarter knows that this isn’t always true, according to first-year communications major Kayla Confetti, on-campus wellness initiatives are in fact, an everyday occurance.

“I’ve utilized the Therapy Fluffies, which is when dogs are brought on campus during midterms and finals week to help relieve stress,” Confetti said. “Today I was walking through the quad and I walked right past a booth that was passing out flyers and stickers for mental health awareness. Even when I go to the gym I always see a table labeled ‘Free Nutrition Advice’ for students.”

“I think this article speaks to the work that many of the student organizations have been doing,” Aguirre said. “Each Aggie Matters in particular strives to collectively cultivate mental health as a state of flourishing.”

“I think it is great recognition the energy [NAMI] put into mental health awareness and education, as well as all the other mental health and wellness organizations,” Miles said.

Judd feels this article is bringing issues of mental health to the surface. She believes that UC Davis can serve as the example and hopes it will inspire other campuses to establish initiatives of their own.

“To me, it just means that all of our hard work is paying off and that we are making a positive impact in the community, which is all we really want at the end of the day,” Judd said. “Hopefully, it will also inspire other schools to put on similar programs to the ones at UC Davis in order to increase mental health awareness on their campuses as well.”