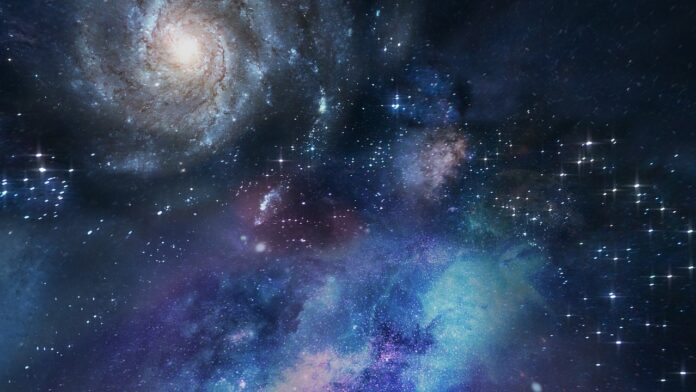 Researchers take a leap in the dark with new research

Looking up at the night sky filled with innumerable stars can often make one feel small in comparison, yet there is much more to the universe than stars, planets, gases and dust. Although dark matter compromises a large part of our universe’s matter, it still remains a mystery in the field of physics, but recent research from UC Davis may bring us closer to discovering more about this enigma.

John Terning, a professor in the department of physics, and Christopher Verhaaren, a postdoctoral scholar, have been researching a new method to detect the properties of dark matter.

Although the existence of dark matter has been confirmed, it does not heavily interact with electromagnetism and there is little known about its characteristics, according to Verhaaren.

“Most of the public probably think that there is no dark matter here on earth, but depending on its mass there are likely a few particles of dark matter in every room,” said Maruša Bradač, an astrophysics professor at UC Davis. “It is just very antisocial and does not interact much with anything or anyone other than through gravity.”

Verhaaren explained that the point of the research is to demonstrate how the properties of dark matter can be detected through the application of the Aharonov-Bohm effect which, as far as he knows, has never been considered before.

The Aharonov-Bohm effect explains how an electron may still be affected even if it does not enter the region of a magnetic field. With classical electromagnetism this would not be possible, but with quantum mechanics it becomes a possibility. Terning added that he was surprised their idea worked — this effect can be used to detect dark matter.

According to their research paper, Terning and Verhaaren proposed that a possible explanation for dark matter is the existence of dark magnetic monopoles, which essentially act as one end of a magnet that interact with visible photons through kinetic mixing. Detection results from observation of the influence on nearby electrons, which is explained by the Aharonov-Bohm effect.

“Dark matter is one of the big open questions in particle physics as well as astronomy and cosmology,” Verhaaren said. “Making progress in understanding it would be a big step forward for many fields, helping us to understand our universe.”

He hopes that people find interest in the potential ways to look for dark matter that have yet to be considered and that the discovery of these new ideas may eventually lead to observing dark matter directly.

“Some people think that physics is a finished subject,” Terning said. “But really there is much more to discover about our world.”