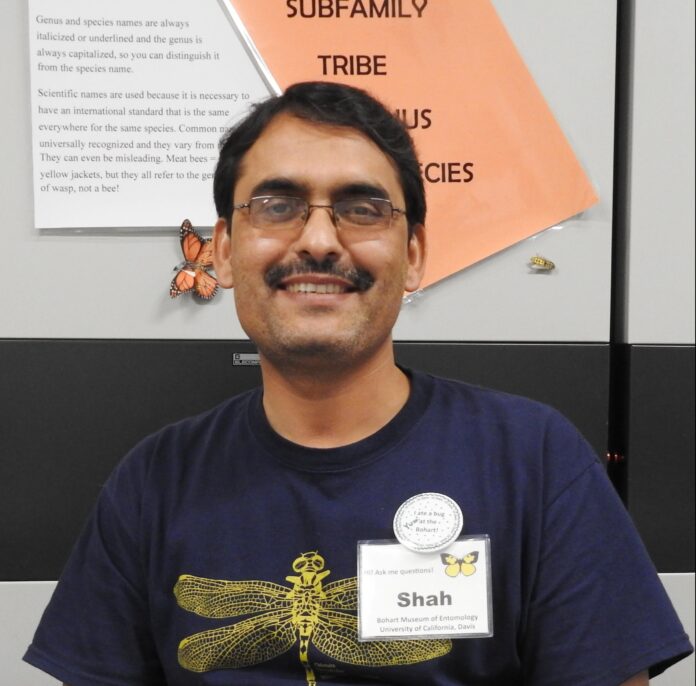 Syed Fahad Shah, a visiting scholar to UC Davis, was robbed at gunpoint last Friday, Sept. 20, as he was walking home on Russell Boulevard. Shah, a lecturer in the Department of Entomology at the University of Agriculture in Peshawar, Pakistan, lost both personal and academic items in the event.

Shah had a hard drive containing important scientific research data and lecture slides stolen from him, in addition to his wallet — containing his rent money and credit cards — and a newly purchased laptop, according to a press release from the UC Davis Department of Entomology and Nematology.

The academic, who is studying parasitoid wasps under the guidance of a UC Davis scientist at the university’s Bohart Museum of Entomology, had resorted to walking home because his bike had a flat tire. He was robbed on a bike path along Russell Boulevard, near Lake Boulevard.

The robber, aided by an accomplice, was parked on the opposite side of the road with the car’s emergency lights flashing.

“I was looking at the car and thought that maybe they have some kind of problem with the car,” Shah said, according to the press release. A man then leapt from behind a tree trunk, pointed his gun at Shah and demanded his wallet, cell phone and backpack before hurling Shah’s cell phone into a field and bolting into the waiting car, described as a dark sedan.

After finding his phone in the field, Shah called the police and described the suspect as around six-feet tall, curly-haired and between 20 and 30 years old.

“His most valuable possession […] was an external hard drive containing all his research data and lectures,” the press release states. “It is a Seagate 1 terabyte hard drive. Shah had not yet backed up the contents.”

Just weeks before the robbery, the scholar had his old laptop stolen as he was traveling through the Dubai airport. Then, the hard drive had served as a backup of his research data. Now, his only copy of the data has been lost.

Following the robbery last Friday, Director of the Bohart Museum Lynn Kimsey announced that the museum had started a GoFundMe page to raise funds to replace Shah’s belongings, even if the stolen scientific data on the hard drive cannot be replaced. The GoFundMe page has already exceeded its $2,000 goal, with $2,250 already raised.