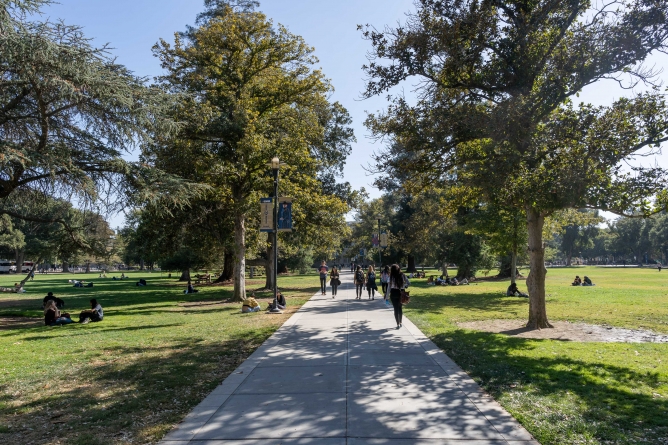 In accordance with the Jeanne Clery Disclosure of Campus Security Policy and Campus Crime Statistics Act of 1998, UC Davis released its Annual Fire Safety and Security Report the week of Oct. 1. The Clery Act mandates an annual report regarding campus safety. The 2018 statistics reveal, among other things, a slight increase in the number of reported on-campus rapes; in robberies, aggravated assault and motor vehicle theft; and in domestic violence, dating violence and stalking. Other crimes, like arson, weapons arrests, drug arrests and liquor arrests have experienced a slight decrease.

“It’s also worth noting that the Clery Act does not include statistics on non-violent theft (bicycles, laptops, phones etc) which is in fact the most prevalent crime on this campus,” said Andy Fell of UC Davis News and Media Relations via email. “We do encourage students to take care of personal possessions, lock up bicycles, keep doors and windows closed etc.”

Sarah Meredith, director of CARE (Center for Resources, Advocacy, and Education), an on-campus organization that provides support to rape, sexual assault and harassment victims commented specifically on the number of reported rapes.

In her email, Meredith noted that these new statistics don’t necessarily mean instances of rapes have increased, but that more people have chosen to report them.

“I do think it’s important to be clear about what these numbers are,” Meredith said. “These data represent the number of incidents that were disclosed during the calendar year to a Campus Security Authority (CSA), and were disclosed to have occurred on campus-owned or controlled property or property adjacent to campus-owned property.”

Additionally, Meredith said the data is not “necessarily reflective of the entire number of sexual assaults that occurred in a given year,” but instead represents the number of victims who “felt they could disclose their experience to someone who happened to be a CSA,” which does not include CARE or counseling services. The assault also had to have occured in a “specific geographical area.”

“As an example of its limitations, Clery, as a [federal] law, doesn’t track incidents that happened in someone’s private off-campus residence even if the victim is a student or affiliated with the University in another way,” Meredith said.

Meredith also described the struggle that victims endure, noting that oftentimes the reaction of the first person they tell may determine how they choose to “move forward” with the reporting process or not.

“Many victims will never disclose their assault or abuse to an authority,” Meredith said. “My hope is that even if a victim chooses not to report their assault that they might still access support from a confidential resource like CARE or Counseling Services.”