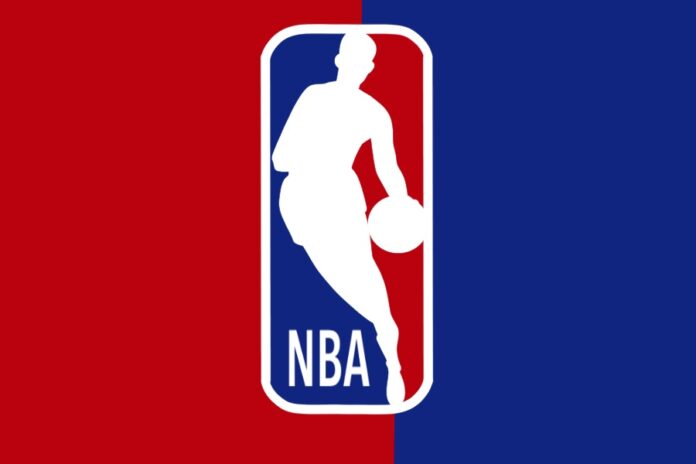 A wild offseason leads to most anticipated season in years

A league that has been predicated on drama, storylines and massive change year-to-year, the NBA did not disappoint this summer as a wild offseason has led everyone to believe this year may be the best NBA season in recent memory. In only the first 24 hours, players across the league totaled over $3 billion worth of new contract value, according to Jeff Siegel of Early Bird Rights.

The madness began, however, even earlier than the June 30 date. On the afternoon of June 15, just days removed from the end of the NBA finals, ESPN’s Adrian Wojnarowski broke the massive news that superstar power forward Anthony Davis had become a Los Angeles Laker. In a deal that included young players Brandon Ingram, Lonzo Ball, Josh Hart, three first-round picks and two pick swaps, the Lakers finally acquired another star to put alongside Lebron James after many failed tries throughout the season.

After the news broke, the Lakers instantly became favorites to win the 2020 NBA Finals, with 9/2 odds, and looked to add someone else that would make their odds of winning it all even greater. Once news of the Lakers getting Davis settled in, like the rest of the NBA, Los Angeles set its sights on the biggest free agent, Kawhi Leonard.

Fresh from winning the Toronto Raptors their first NBA championship in franchise history, Leonard sparked ambiguity over where he would go. Even though the star forward won a ring with the Raptors, there were no promises he would stay since he was traded there. With many questions in the air, there were almost no answers. NBA analysts across networks made confident statements that their belief was that Leonard was going to become a Los Angeles Laker and be a part of one of the most powerful superteams the leagues has ever seen. “Kawhi Watch,” as it was called on social media, tracked the star’s every move. Finally on the night of July 5, the NBA world was hit with groundbreaking news once again.

Yahoo Sports’ NBA Insider Chris Haynes broke the news just minutes before 11 p.m. PST that Kawhi Leonard was signing with Los Angeles. But to the surprise of many, it was the other team in the City of Angels: the Clippers.

The news certainly shocked most everyone around the NBA, as it had seemed the Clippers were supposedly out of the running for Leonard. But as was later revealed, the Clippers had been silently moving towards acquiring both Leonard and another superstar piece to put beside him. Just three minutes later, Wojnarowski broke the news that the Clippers had acquired all-star Paul George from the Oklahoma City Thunder for young point guard Shai Gilgeous Alexander, Danilo Gallinari and a record five first-round picks. The Clippers went from a team with a promising future to an instant contender in one night.

On the other side, it seemed that the Oklahoma City Thunder had a decision to make regarding homegrown superstar Russell Westbrook. It now seemed like the team was going to enter a rebuilding phase following three straight years of first-round exits. So after the Thunder’s executives sat down with Westbrook to discuss possible options, a destination for the former NBA MVP was found.

Wojnarowski once again reported on the afternoon of July 11 that a trade had been agreed upon between the Thunder and the Houston Rockets. It was yet another major move in an already loaded western conference that made things so much more intriguing. But although the West did get a lot stronger, the Eastern Conference had its share of major moves as well — some that will impact this season and some that will impact the next.

Two minutes after free agency officially began, two-time Finals MVP Kevin Durant announced via “The Boardroom” Twitter account that he was heading to Brooklyn and sign with the Nets alongside all-star point guard Kyrie Irving. For much of the year, it was believed that the two stars were planning on teaming up, but on the Knicks. Ultimately, they decided on Brooklyn. While Durant will miss this season to recover from a torn Achilles tendon he suffered during the NBA Finals, it will be interesting to see next year what he is able to do with Irving by his side come next season.

Durant and Irving left their teams in two very different situations. After the Warriors acquired Durant in the summer of 2016, they went on to win two championships out of the three years he was there. While no one knows the exact reason for his departure, many speculate that it could be due to a mix of views about his legacy, bad relationships in the locker room and an overall lack of faith in the medical staff. On Irving’s side, after Boston acquired him in 2017, there were high expectations that he was unable to fully meet, which bred dissatisfaction all around. Both the Warriors and Celtics lost great players, but they did not go quietly in the offseason, either, as they tried to stay relevant and possibly get better.

While you can never replace Durant, Golden State did acquire young all-star guard D’Angelo Russell. Russell gives superstar point guard Stephen Curry help as the Warriors wait for Klay Thompson to recover from a major ACL injury. And after the loss of Irving, Boston looked to fill its point guard spot by signing free agent Kemba Walker to a max deal of 4 years/$140 million. Walker will look to help young players Jayson Tatum and Jaylen Brown develop as they will need to be major focal points if this team looks to contend this year.

For the Celtics, the loss of Irving took a hit, but the fact that their star forward, Al Horford, left to another contender in the East makes matters worse. Horford signed with the Philadelphia 76ers, who also re-signed small forward Tobias Harris, putting themselves at the top of the discussion to come out of the conference. It would seem that they will have to battle the Bucks and reigning NBA MVP Giannis Antetokoumpo for a ticket to the NBA finals this season.

As the season gets ready to tip-off on Oct. 22, the Clippers are title favorites according to the Las Vegas Superbook at +350. Close behind them are the Lakers at +400, followed by the Bucks at +600 and the Rockets and Sixers tied at +800, rounding out the top five. It continues with Curry and the Warriors at +1200, the newly acquired Mike Conley and the Utah Jazz at +1400 and the promising Denver Nuggets at +1600.

Many other small moves may have gone under the radar and we will begin to see them as the season goes along. This offseason has brought a tremendous amount of excitement and eagerness to many NBA fans, and for the first time in a long time, the NBA seems to have found a new level of parity. The Western Conference will be shifting throughout the year as teams will have to battle out to become among the top eight teams. It seems like at the very least, there are nine legitimate contenders this year as opposed to one clear-cut favorite. It can go either way and if you are a basketball fan, this season is shaping up to be one you do not want to miss.