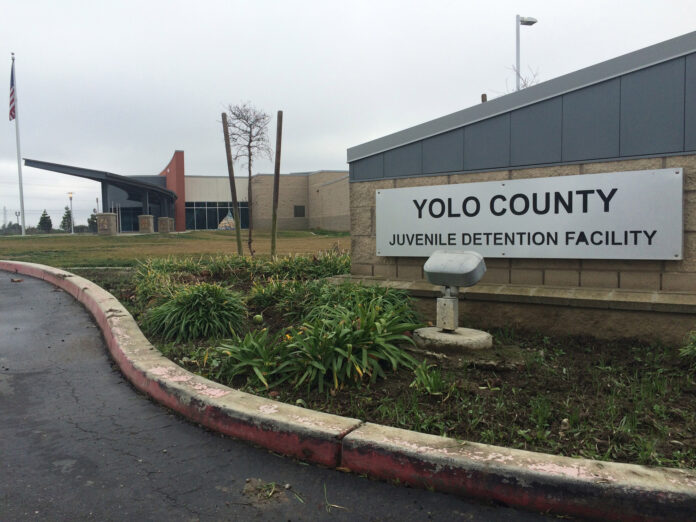 The Yolo Board of Supervisors decided against renewing the county’s contract with the Federal Office of Refugee Resettlement (ORR), agreeing to terminate a decade-long agreement to house unaccompanied refugee teenagers in the high-security Juvenile Detention Facility (JDF) in Woodland, at the board’s Oct. 8 meeting.

The agreement between Yolo County and the Federal Government began in 2008, stipulating that the facility will house “youths who have been identified as being a danger to themselves or to the community,” according to the 2019 review by the California DOJ.

Dan Fruchtenicht, Chief Probation Officer of Yolo County, said in the October meeting that the ORR has directed a higher number of youths suffering from mental illness and trauma to the Yolo JDF in recent years.

“The last few years, we’ve seen a significant increase of youth suffering from severe mental health issues that [they] have been severely traumatized,” Fruchtenicht said. “They are assaultive, and I don’t know if we are the ideal place for them.”

Fruchtenicht said that in the past few months there has been a “significant uptick”  of reported assaults on staff at the facility. He claimed that “not one” of his staff members — when asked — expressed a desire to renew the program, despite anxieties about losing their jobs.

Renewed media and public attention during the Trump administration have also stretched his department’s resources thin, Fruchtenicht said, as has dealing with the department itself.

The youth detained in the Woodland facility would be better off placed in long-term mental health facilities, rather than a juvenile detention center, Fruchtenicht said.

“I believe that they need to be in a long-term treatment facility that focuses on their mental health — they can get the therapy they need, [there’s] psychiatric services there 24-7, and [they can] really work on their needs,” Fruchtenicht said.

Local activists and community members argued both in support and against the ORR contract during public comment. Alison Pease, a member of the Yolo Interfaith Immigration Network and 11-year volunteer at the JDF, opposed ending the contract. Pease cited concerns regarding where youth refugees might end up if the program closed.

“I do want to say […] none of us like seeing the children incarcerated,” Pease said. “I do feel that ORR is a difficult partner, […] but I think that, by washing our hands of this, we’re leaving those children —- we’re not offering them anything better than this incarceration here.”

Other commenters spoke in support of ending the ORR contract, including Dr. Patricia Moore-Pickett, representing the immigration justice team of Unitarian Universalist Church of Davis.

“We of the immigration justice team of the UU church believe that incarcerating these youth causes further harm and is wrong,” Moore-Pickett said. “We urge the board to allow the ORR incarceration program in Yolo County to end, when the current agreement expires at the end of January.”

Board members, on their part, seemed to be unanimously in favor of ending the program.

“I wish we could make it work, but it just — to me — just doesn’t sound like it’s working like it should, and that’s what bothers me,” said Duane Chamberlain of District 5.

Jim Provenza of District 4 had supported continuing the ORR contract in the past, but concerns about staff and detainees changed his opinion toward the program.

“I don’t regret extending this contract at all last year when we were considering getting out of it,” Provenza said. “But I am concerned about whether that’s the appropriate type of placement if we’re having increased assaults — if we’re not actually able to provide the type of assistance that they truly need.”

Though the members were in agreement about ending the ORR contract, there was disagreement about the outcomes with the juvenile detention facility afterward. The Board agreed to discuss the matter further when they reconvene.