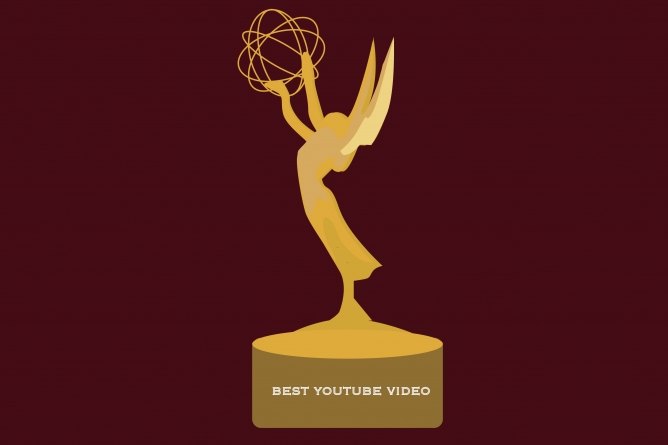 Students share why they’re drawn to the platform, what they think is in store

In the age of streaming and binge-watching on Netflix, Hulu, HBO, Amazon Prime and more, many people are also turning to YouTube for entertainment. YouTube is home to popular video series, like Vogue’s 73 Questions or Bon Appetit’s “It’s Alive!” But it is also branching out with “YouTube Originals.”

A select few YouTube series have received nominations for Emmy’s, such as the series Epic Rap Battles of History which was nominated for “Outstanding Shortform Variety Series.” The idea of YouTube as a singular genre, however, is not fully developed, according to viewers.

As viewers, students have different interests in what they like to watch. Carina Avila, a fourth-year psychology major, tends to only launch the YouTube app when she has homework.

“Most of the time, if I am on YouTube, it’s specifically for educational purposes,” Avila said. “But I sometimes use it to watch things you couldn’t find anywhere else, like old reruns of old shows or when trying to show someone a clip, you can look up the video and refer to it.”

“When I go on YouTube it’s to listen to music I can’t see on Apple Music or to look at game plays, because when growing up my brothers told me I couldn’t play their video games so all I could do was watch it on YouTube,” Lopez said.

There are some YouTubers, like Shane Dawson, who are reinventing what YouTube was originally designed for: finding short video clips, like Janet Jackson’s famous Super Bowl costume mishap. Avila mentioned how Shane Dawson’s videos are “like a TV show, like a series; an investment where you have to genuinely be interested in it.”

“[He made] a really smart move — the documentaries he makes are really appealing to people, like the Chuck-E-Cheese documentary series he made,” Cruz-Gutierrez said. “People were really shocked.”

So far, Shane Dawson’s multi-part “documentary” on Jeffree Starr and his cosmetics company has racked up 90 million views. Their make-up collaboration stands to make each of them roughly $10 million, which just goes to show how much fans are invested in their content.

“YouTube is more like an umbrella term [since] there are other genres in it,” Lopez said. “I’d want YouTube to be more of its own category because I know that Facebook is also getting their own TV shows, but they are actually old YouTube videos. Right now, they are promoting their own shows and you can watch other TV shows on there too.”

Cruz-Gutierrez added how viewers can see “all social media as a genre [with] … subgenres within it, just like YouTube. YouTube is just trying to copy Netflix, but now everyone is copying Netflix.”

YouTube might be advancing into the streaming service to catch up with competing entertainment services. Even with an original series, it’s not enough to earn a category at the Emmys.