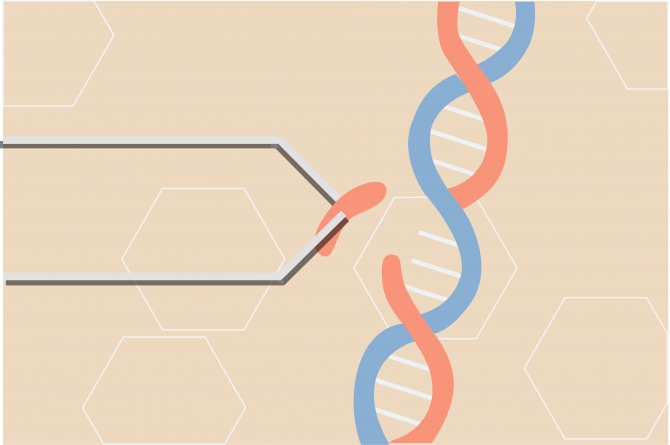 In October, three researchers at UC Davis were awarded a $1.5 million grant to fund their project which attempts to demonstrate the effectiveness of gene editing through use of CRISPR, a powerful technology that allows alteration of DNA sequences to change gene function.

“This kind of design can help enhance personalized medicine,” said R. Holland Cheng, a professor of molecular and cellular biology in the College of Biological Sciences. “Specific patients with specific illnesses can be treated in specific ways.”

UC Davis is part of the NIH’s Somatic Cell Genome Editing (SCGE) consortium which has awarded grants to 45 other research institutes across the nation so they can begin groundbreaking work on gene editing. Through this consortium, the NIH hopes to find an efficient and safe way to conduct gene editing. Research programs are investigating the best delivery mechanism as well as the most dynamic gene editing tool.

The major problem with gene editing currently is the inability of cells to be edited within a living organism. It has become fairly easy and efficient to edit genes in a cell culture outside of the body but extremely difficult to do the same processes inside the body. Cheng, Lam and Segal are focused on changing this.

“The question is how to do it inside of an animal and eventually a human,” Lam said.

They are answering this question by utilizing Cheng’s work in engineering a non-toxic nanoparticle that they hope can transport the gene editing tool CRISPR into the cells of a living organism. Cheng has been able to create a Hepatitis E viral nanoparticle (HEVNP) that when manipulated could be a delivery system for CRISPR. They plan to take this nanoparticle and encase CRISPR inside of it, producing a mechanism for delivery of CRISPR.

The Hepatitis E nanoparticle has the capacity to be a highly efficient way to deliver gene editing to cells in the body due to its unique nature. HEVNP is resistant to the gastric acid environment of the intestines and stomach, enabling it to survive once its entered the body. Given its resistant abilities, HEVNP can be taken orally, making it a useful form of medicine. If able to successfully get HEVNP to the target cells in the body and deploy CRISPR, gene editing abilities could drastically change.

The addition of a cell-type specific targeting ligand to the HEVNP would code the nanoparticle to deliver CRISPR to a specific cell. The abilities of this method to be precise and safe will determine its success.

With five years of funding from the NIH, these three researchers are eager to begin work on this project and see the strides that can be made in gene editing. They have impressive goals for this research, as it has the capacity to reshape medicine.

“This will redefine precision medicine as currently there is broad medicine that can cause side effects to people and not be effective, yet by making it specialized it is becoming more precise and effective,” Cheng said.

As more effective and safe tools to cure illnesses are being tested and created, the benefits to society could be expansive. With so much potential to help improve the health of society, the NIH is dedicated to coming to new solutions at a quick rate. All programs that received grants will be required to share and utilize the research occurring at other funded programs. The NIH is hoping to eliminate the private nature of research through enforcing the sharing of ideas, as scientists are often constrained by the institutions they work for. It is their hope that by having communication between the programs, positive results will arise faster.

“I think this is great because scientists inherently want to work with each other but have real world concerns especially with money,” Segal said.

The research results, when groundbreaking, can provide incredible monetary gains and credibility to the institutions that made the discovery. Ultimately, scientists collaborating with one another will serve society as people are able to benefit earlier from this innovative research.

“We want the public to know that we are working in their best interest,” Segal said.

The NIH grant is competitive and still the third research program to join the consortium at UC Davis. Innovation has never been more prevalent than in this field at UC Davis. With three different programs researching gene editing, UC Davis stands out as a hotspot for this field of research.