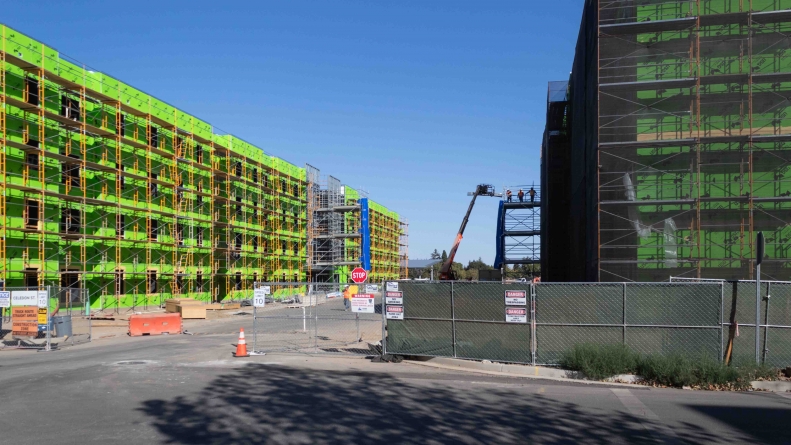 In the search for off-campus housing, renting an apartment at West Village is a popular option for students and other members of the UC Davis community. For some, West Village is an attractive choice because of the newly-built modern apartments, pre-furnished units and amenities. Conversely, some individuals are discouraged by West Village’s high rent prices and negative reviews from previous tenants.

The West Village apartments occupy a portion of the 5,300 acres of land owned by UC Davis. The large housing community has been managed by Greystar ever since it first opened in 2011, which proved to be a difficult year for the company. Upon opening the apartments up to new tenants, West Village delayed residents’ move-in day, placing the intended residents into nearby hotels rooms and compensating them for their troubles with Visa gift cards.

Since then, the leasing company has received mixed reviews. On Yelp, there are 99 one-star reviews, 61 four-star reviews and 52-five star reviews. Many of these negative reviews claim that management at West Village did not appropriately respond to resident concerns and failed to return security deposits back to those who moved out.

“I lived there last year [and] they allowed my housemate to harass me for months without doing anything,” said Alyssa St. John, a fourth-year animal science major. “They took [seven] months to solve an issue of my upstairs neighbor smoking inside so much that it leaked through my air vents. The front doors also leaked so much from the rain that it warped our floor and the wall fell apart. Maintenance came, made it worse, never fixed it and they charged my housemates [and] I for the damage.”

St. John claims that management made up “bad excuses” as to why they could not solve issues in her apartment. She said the company took too long to address issues and she needed to complain multiple times — the list, she said, goes on and on. St. John no longer lives at West Village and said her bad experience living there last year is “100 percent” the reason she moved.

Greystar at West Village did not respond to The California Aggie’s request for a statement over these allegations.

Although there are negative Yelp reviews detailing experiences similar to those St. John faced, there are also many residents who enjoy living at West Village and attest that management is responsive to their needs.

“Usually, when we have a problem, someone always comes and fixes it within a week,” said Noelle Tran, a second-year wildlife, fish and conservation major. “I think that’s fair because of how big West Village is.”

Tran has just moved into West Village this year and was attracted by the amenities and pre-furnished units.

“I like all of the amenities,” Tran said. “It’s fun to hang out with my housemates and play pool or ping pong in the clubhouse. The study rooms are also convenient for me and good place for me to study and really focus.”

Construction of The Green started in February 2019. Since then, West Village has received numerous complaints from tenants regarding noise from the construction.

Greystar does not own The Green apartments, and therefore does not oversee its construction, according to a previous article in The Aggie. Management at West Village apartments have not clearly addressed residents’ concerns over construction, and it is unclear how they will address these concerns as construction continues.