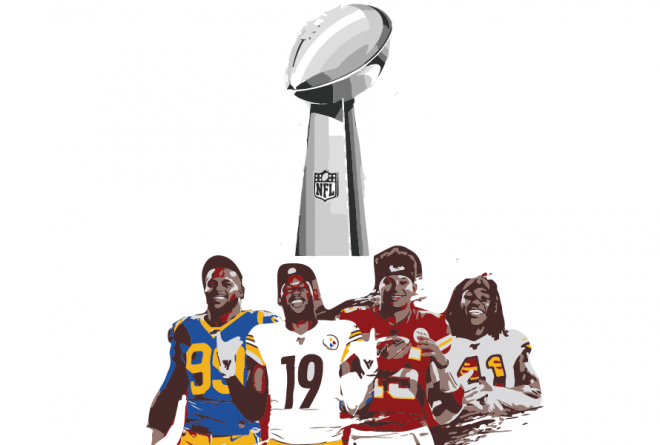 Fantasy football makes every NFL game worth watching, which is exactly why the league has invested millions of dollars in getting you to play it. As a massive generator of revenue, it has driven the growth of the modern NFL.

Fantasy football is fake football. In its most basic form, it consists of 10 to 12 team leagues where each owner drafts from current NFL offensive players to fill a roster and compete head to head all season long. It is easy to learn and impossible to master.

The fantasy football industry brought in over $7 billion in 2017, according to the Fantasy Sports Trade Association. To put that in perspective, in 2018 the league as a whole brought in about $16 billion. An estimated 59.3 million people play fantasy sports in North America, with participants spending an average of $556 per year on league dues and fees.

Daily fantasy football, a more complex form of the game, utilizes gambling-like practices to convince players that skill is something they can craft to win. In reality, the top daily fantasy players rely on numbers and algorithms to win thousands of dollars each week.

The NFL isn’t just watching third party platforms like ESPN and Yahoo capitalize off their product — they are also an active participant. The NFL’s RedZone and FantasyZone channels are now specifically tailored to aspects of NFL games that matter most to fantasy football: high volume players and scoring opportunities.

The NFL has adapted to cater to the interests of fantasy football players. It’s impossible to watch a game without seeing a barrage of advertisements for daily or season-long fantasy football. Getting people to care about every second of every game is the NFL’s number one priority and fantasy football does that most effectively. That’s why the anthem protests three years ago sent the league into such a frenzy — it detracted from the nonstop attention of the product.

Fantasy football is especially advantageous for bad and smaller market teams. Christian McCafferey, in breaking fantasy records this year, has ensured the Panthers remain relevant despite lacking their star quarterback for the season. Fantasy has brought joy back to Thursday Night Football — the league knows that no matter how crappy the matchup, fans want to see if their fantasy players will put up points in the actual game.

Fantasy football brings a new dimension of value to the game — instead of just rooting for their favorite team, fans also get to root for their favorite fantasy players. It boosts the NFL’s revenue through advertisements, jersey sales, increased viewership and more engagement.

Fantasy football is both the most rewarding and infuriating game I’ve ever played. There is an unmatchable frustration about it. The decisions you make week in and week out often provide immediate and heartbreaking impact. That is also, however, what makes it so rewarding. Evaluating talent and opportunity in order to make the right decisions is what separates fantasy football from the randomness of gambling. The structure of the game gives players the impression that, through sufficient research, the outcome of the match-up will reflect the effort you put in, and it often does.

The enjoyment of fantasy football is not limited to the highs of winning. For me, it is a way to stay connected with my leaguemates after we’ve all gone off to college. The trash talking, trade-offering and competitiveness will never fade.

Everyone should play fantasy football, even if there is no money involved. What I love about it is the sense of community it builds between leaguemates and fantasy players. Fantasy football players are among the most well-versed fans in sports. They know the ins and outs of every team in the league and stay up to date with the latest news — all because it could help them win.

Am I addicted to fantasy football? That’s debatable. It allows me to enjoy the NFL even more than I already do. If my favorite team loses, I’ll probably be just fine as long as I pick up a win in fantasy that week. Fantasy football is the only reason I follow the league as closely as I do. It broadened my scope of the league and opened my eyes to the intricacies that every team and player can possess.