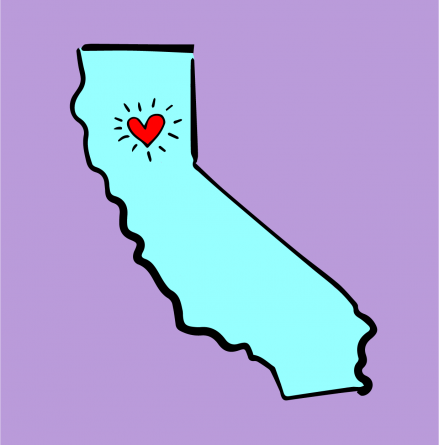 This time last year, the Butte County fire had a campus-wide impact, costing some UC Davis students their homes

At this time last year, many Northern Californians experienced a Thanksgiving away from home. In November of 2018, the Butte County fires roared for the majority of the month, leaving many students and community members without their homes and businesses. At the same time, the Camp Fire engulfed cities including Chico and Paradise in flames for weeks. The Sacramento Bee called it the deadliest Californian wildfire — 85 people died and almost 15,000 homes and buildings were incinerated.

As the fires blazed, neighboring regions in the Bay Area, Sacramento and Davis were blanketed under smoke clouds that kept the Air Quality Index (AQI) at levels labeled “very unhealthy.” Because of the hazardous air conditions, UC Davis students were granted no school for one day … and then another … ultimately leading to a two-week break from instruction.

On Tuesday, Nov. 13, UC Davis released a statement to the campus community that classes would be cancelled as a result of poor air quality due to the Butte fires. Many students were grateful for the day off. No school meant no need to travel to campus, attend lectures or go to work on campus. When the university sent out a statement that classes would resume the following day, many students protested, as the air quality was predicted to be worse.

Students took to Twitter, Facebook and the popular college-student app, Wildfire, to voice their concerns, monitor the AQI and pass around a Change.org petition to cancel school until the air quality improved.

Many students celebrated the cancellation of school, but others found the time away from school to be stressful.

“I feel like lots of people just want classes cancelled for any reason and are using the situation to their advantage,” wrote one Reddit user at the time. “As much as I would love to not have to get up and go to class, I need to learn this material […] and missing significant amounts of class time is not ideal.”

As a result of the class cancellations, students missed two weeks’ worth of material from cancelled lectures, had midterms that were either pushed back or cancelled and experienced significant changes to the grading scales for courses.

For students with homes and family in the Butte County, however, the two weeks off could be used to spend time with family and focus on safety or recovery.

“I have a lot of friends who live where the fires are and have midterms this week and are super stressed about leaving their families alone knowing there’s a chance they might not have homes next week,” wrote one user on the Wildfire app.

For third-year managerial economics major Harshan Singh, the Butte County fires ignited stress and great loss for his family. Singh’s father owned businesses in Paradise, a part of California that was nearly burnt to rubble.

“My dad couldn’t do anything except try to get transportation for his employees to leave the city,” Singh said. “My dad ended up losing both businesses and his house. It was probably the most heartbreaking thing that has happened to my family, especially to my dad.”

Singh says his family took a financial hit, but they hope to rebuild their businesses in the future.

While students may have been issued safety masks and were advised to remain indoors, Annie Houston, a fourth-year animal science major, said not enough was done for the animals in danger.

“That was such a big issue […] — there was no concern for the animals,” Houston said. “We attended town meetings and county board meetings trying to convince people that the need for animal evacuations was a real concern, as it wasn’t something many people thought about.”

Houston works for NorCal Livestock Evacuation, a nonprofit dedicated to evacuating, rescuing and caring for animals in times of crisis. During her two week break, Houston spent time working with the non-profit.

“I had to do something to help,” Houston said. “Honestly, you cannot even begin to understand the devastation until you are actually there.”

Wildfires once again spread this year — in late October, the Kincade Fire burned in Sonoma County. As extreme winds shook Northern California, PG&E shut off power for over two million people in an attempt to prevent additional fires.

The recent outages, on top of the Kincade Fire, made some students worry that classes would be cancelled again. Because of the pattern of the fires, UC Berkeley’s Vice Chancellor of Administration Marc Fisher released a UC-wide report on new AQI regulations that will be implemented by the entire UC system. According to The Daily Californian, the report includes recommendations for handling activities that could be affected depending on the AQI. Activities include attending classes, working outside or participating in sports.

Despite the seemingly unsalvageable destruction, contractors had finished removing almost four million tons of debris left by the fire in Butte County, KTLA reported on Tuesday. In nine months, the county was relieved of heaps of ash, concrete, trash and other debris that had scattered the area since last November.

Reflecting on the devastation from a year ago, Singh was reminded to recognize what’s important in life.

“After last fall’s fires, I definitely learned that you shouldn’t take things for granted,” Singh said. “You never [know] when a natural disaster could affect your family.”

To donate to students and their families affected by the Camp Fire, visit the UC Davis Foundation Board Student Fire Relief Fund at give.ucdavis.edu. For more information about NorCal Livestock Evacuation, visit norcalevac.com or find them on Facebook.