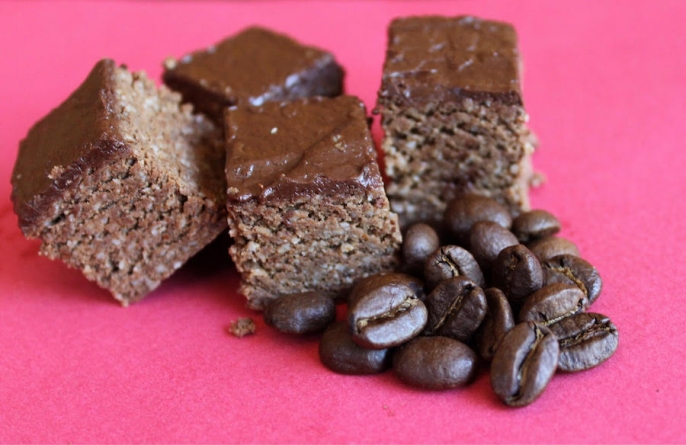 Researchers at UC Davis have created a comprehensive report on food waste and loss to identify and provide solutions for the systemic inefficiencies currently in the food supply system that have resulted in the waste or loss of one third of global food.

“We wanted to look at all aspects of food waste, from the farming end to the consumers and the systemic causes of food waste,” said Ned Spang, an assistant professor in the UC Davis Department of Food Science and Technology.

The study, led by Spang, involved experts in fields ranging from food science to public health, highlighting the complexity of food and the loss of waste of it. This wide range of expertise allowed them to create an expansive and inclusive report that looked at food waste, the loss of products that are still usable due to avoidable reasons and loss, product that is trashed due to unavoidable reasons, from start to finish.

Food waste and loss begins at the farm. The first losses are due to often unavoidable causes such as disease and insects that infect and ruin the crop. When it is time to harvest, more waste can be created.

The United States Department of Agriculture grade system that defines the standards for food sold in commercial markets is effective at keeping food that is not safe for human consumption, due to potential disease and other ailments, from entering distribution. Farmers in search of the highest profit will want to grow food that is at the highest grade but the system is often restrictive due to its heavy focus on cosmetics.

“Farmers will leave perfectly good produce in the field because it is not worth it to harvest it,” said Elizabeth Mitcham, director of the Postharvest Technology Center and the Horticulture Innovation Lab.

A lower grade given to a farmer’s crop due to its “undesirable” appearances based on odd shape and color development causes farmers to leave good produce on the field. This is because the cost of harvesting it will not match or exceed the profits they would receive from selling “lower grade” produce. These highly selective standards that demand unrealistic levels of perfection from produce result in high levels of waste at the farm level.

Postharvest food waste can be linked to the transportation and the storage of food. In a more industrialized and developed country such as the U.S., less food is wasted during this period.

Once food reaches the market, consumer habits become the main source of food waste. Consumers enter a grocery store in search of the best produce, which is often based solely off appearances, and leave the less attractive produce to waste. Once the produce leaves the store, a high proportion of it ends up getting wasted in the consumer’s household.

In developed countries, a lower percentage of income is spent on food which results in food having a lower importance; not spending a large portion of one’s money on food helps create the perception that it is disposable and thus less valuable. Developed countries also tend to have more access to an overabundance of food, further instilling a societal acceptance of household food waste and valuing food less.

“Consumers have such an access to food, the waste is quite high,” said Irwin Donis-González, an assistant professor of biological and agricultural engineering. “In other countries where food is not as available, they tend to view it more importantly.”

The cultural relationship with food in less developed countries highlights a key difference in the type of consumer waste seen around the world. Wealthier countries are less conscious of their private food waste because they can simply go buy more food. This mindset does not exist in places where food is harder to obtain.

The complexity of food waste and loss is evident when attempting to analyze each realm of the food system. From the farm to consumers’ fridges, food waste is interconnected and coming up with solutions is just as complex.

Researchers at UC Davis work diligently to find solutions to the unsustainability of the food system at various parts in the cycle. Sara Pace, a postdoctoral scholar in the Spang Lab, is designing a new project that would address the impact of food waste going to landfills. When organic matter is thrown into landfill, due to the lack of oxygen, it undergoes anaerobic decomposition which produces methane, a very potent greenhouse gas. Because greenhouse gases contribute greatly to climate change, this project understands the importance of mitigating food waste.

The project uses anaerobic digestion infrastructure to treat food waste. Anaerobic digestion takes advantage of the methane naturally produced by the decomposition of food waste and harvests it to be used as a source of energy. The goal of this project is to install small systems close to processing plants and other main sources of food waste in urban environments to reduce greenhouse gas emissions and generate a source of renewable energy.

“We are installing these systems close to the source or at the source so you can treat anything that is coming out and reduce them from going to the landfill,” Pace said.

The project will take food waste from processing plants and local restaurants and use it to produce heat or electricity through the capturing of released methane. Additionally, the process will produce a nutrient rich fertilizer that can be sold. If successful, this would be an efficient way to reduce food waste in urban settings while producing a form of energy.

At UC Davis, students are donating their time and energy to address food waste. The Food Recovery Network is a student run organization that collaborates with the on-campus dining commons and the Davis farmer’s market to reduce food waste.

“Our main goal is to reduce as much food waste as we can on campus and use that food to fight food insecurity,” said Alicia Marzolf, a third-year clinical nutrition major and the club’s event coordinator.

Since its creation in 2013, the Food Recovery Network has been able to divert 72,000 pounds of food from going to a landfill. Even at at student campus level, UC Davis is making it clear how important reducing food waste is.

With a growing population, the need to address food waste is mounting. Globally, if we were able to reduce not only the amount of food being wasted but also reduce the amount of resources being wasted, we could increase the food produced by being more effective.

“With an increasing population, we will need to use more land for agriculture and convert more land to farming,” Spang said. “Yet if we just start to reduce the inefficiencies within our current food system, we can increase yield as less will be wasted.”

Reducing food waste has the capacity to help combat the ever rising global population. To be effective in our reductions, education and increased awareness of this issue are crucial. Changes started at an individual and local level have the capacity to be effective as people are inspired by their surroundings and motivated to do their part to reduce waste.