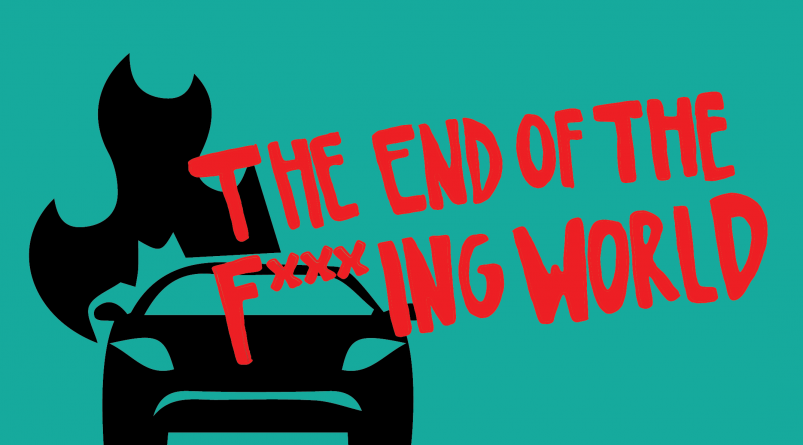 The comedy-drama “The End of the F***ing World” first aired on Channel 4 in the United Kingdom in 2017. Although it was praised for its writing and direction, the series did not reach its peak acclaim until it was released internationally on Netflix in 2018 — the first season received a score of 96% on Rotten Tomatoes.

Season one follows 17-year-old James, played by Alex Lawthur, who believes he is a psychopath and sets out to kill a classmate named Alyssa, played by Jessica Barden. In an attempt to escape her tumultuous homelife, however, Alyssa proposes that the two run away together. James decides that he can postpone killing her until a later time and joins her on a Bonnie and Clyde-esque escapade, where the two eventually fall for one another.

The second season takes place a few months after the whirlwind of the first. After performing various crimes and experiencing traumatic events from their time on the run, both Alyssa and James are dealing with the effects of their own destructive, misguided ways.

James is living in his late father’s car, carrying around his dad’s ashes in an urn like a security blanket. Alyssa plans to get married to a man she met just a few weeks prior. Neither of them have any source of comfort or familiarity left in their lives.

In an article for The Ringer, Micah Peters writes, “the feeling you get from Season 2 is that of a devastating comedown from a dizzying high.” Not only are the themes throughout the season more subdued, but the overall energy and momentum of the plot feels muted as well. There is only so much of James and Alyssa’s story left to tell, and the season seems to drag on.

The series rectifies this problem by adding a new character, connected to the events of the first season. Naomie Ackie plays the mysterious and slightly deranged Bonnie, a student who had a relationship with Clive Koch, a serial rapist who attacked Alyssa and who is subsequently killed by James.

The opening episode of the second season details Bonnie’s abusive childhood and relationship with Koch. She is an entirely sympathetic and menacing character, and she brings a level of anticipation to the plot as she sets out to kill Alyssa and James.

The second season, while a bit redundant, does maintain many aspects that make “The End of the F***ing World” so uniquely spectacular. The acting is as superb as ever, and Ackie’s presence blends right into Barden and Lawther’s established chemistry. The cinematography is impressive as well. This season takes place mainly on the English countryside, and some of the scenes and images that emerge are truly stunning.

What this season does best is portray the destructive nature of the show’s characters, as well as what trauma does to them all.

“It was a fitting end. A doomed love story. A perfect tragedy,” James voiced in the second episode, considering the cliffhanger where he was shot in the first season’s finale. “And then I didn’t die.”

This season wrestles with the fact that the world ends for James, Alyssa and Bonnie in their own ways after the events of the first season, but they all survived and have to find ways to cope with that trauma.

Due to this season’s depiction of such hard themes, its black-comedy humor is more bleak than funny. The isolation and lack of humanity, particularly in Alyssa and Bonnie’s characters, become hard to watch after a while. Alyssa’s fiery personality has dulled after the traumatic events of the first season and along with it went the life force of the show. She is a shell of her prior self, a painful transition to see.

While the series may have been better off ending after its first season, season two was still an entertaining and beautiful continuation of the storyline. It is certainly worth a watch, if only for the indie soundtrack that accompanies it.

Creator of the show Charlie Covell seems to think that season two is as far as the story should stretch as well.

“I don’t think you’re going to get another series,” Covell stated at the premiere of season two. “I think sometimes it’s good to just stop things and I hope when you see the end you’ll agree. I think you can push things, but this feels like an actual end.”