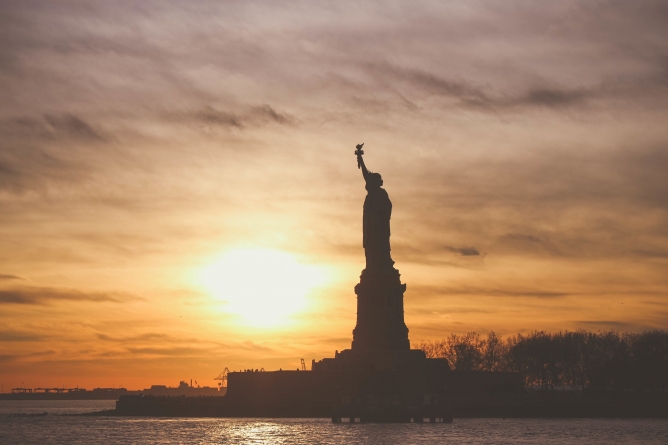 U.S immigration is and has been a highly controversial topic — as false stereotypes and narratives of immigrants have arisen in the U.S., blaming them for high crime rates and stolen jobs, an increase of negative misconceptions about immigrants have seeped into political decisions and divisions. At UC Davis, researchers are striving to address these misconceptions and prove, through their studies, the true nature of immigrants in our society.

“Immigration is a very divisive issue and an area where people are not very well-informed,” said Santiago Peréz, an assistant professor of economics. “We are trying to bring some actual figures into the issue.”

Peréz, along with Ran Abramitzky, an economics professor at Stanford University, Leah Platt Boustan, an economics professor at Princeton University and Elisa Jácome, a Ph.D. candidate at Princeton University, study the intergenerational mobility of immigrants in the U.S. They found that children of first-generation immigrants have higher rates of economic mobility than the children of their U.S.-born peers, and these rates are consistent with historical rates.

The researchers focused on three groups of immigrants that spanned more than 100 years of U.S. history. The first two groups they analyzed accounted for four million immigrants that came from various parts of Europe during either 1880 or 1910. They followed father-son pairings, due to the challenges of following women — who often change their last name for marriage. Combining this strategy with data from the U.S. Census, researchers were able to follow the children of these immigrants for 30 years into their adulthood.

The third group they observed were recent immigrants who first arrived in the US in the 1980s, a majority of which came from Latin America and Asia. The data they used for this cohort came from Opportunity Insights, which provides the federal tax returns of immigrant fathers and their 2.7 million sons, allowing them to follow father-son pairings to retain consistency with the historical data.

It is important to note that in the most recent group of immigrants they studied, not all of them had a Social Security Number (SSN), which resulted in a gap between the data they obtained from Opportunity Insights and actual immigration data. This gap is a result of current U.S. policy, which does not assign SSNs to immigrants who traveled to the country without legal permission. To account for these immigrants, they instead obtained data from the General Social Surveys, which has a smaller sample size but includes undocumented immigrants who have not been assigned a SSN.

The researchers then compared their findings of immigrant mobility to U.S.-born citizens’ mobility. The children of immigrants, regardless of their country of origin, rose to a higher economic status than the children of U.S.-born individuals. The main causes they found include that first-generation immigrants often have more barriers, such as limitations in language, education and lack of a professional network, that limited their ability to participate in the economy at the same level as their country of origin.

“Immigrants in the first generation might have an artificially low income from not being able to enter the same workforce,” Peréz said.

These limitations create an income that is not reflective of their true abilities or skills, which results in a large gap between the first generation’s income and their children’s income.

Another cause is the location immigrants choose to live in. Often immigrants have less familial influences that determine their destination in the U.S., allowing them to live in areas that have more opportunities for economic growth. The researchers noticed immigrants move to areas that offer higher prospects to their children, allowing them to rise above the children of U.S.-born individuals, whose family ties link them to certain areas and limit their ability to find better opportunities.

“This kind of research is important to counteract some of the negative stereotypes of immigrants,” said Kevin Johnson, the dean of the UC Davis School of Law.

The Trump Administration has been pushing to redirect our immigration policies so that income becomes a main factor in granting U.S. citizenship. This idea is built on the administration’s perception that lower-income immigrants take away from the nation’s public services. Peréz’s research refutes this by showing that the children of poorer immigrants have even higher rates of mobility than immigrants with higher incomes.

“In the U.S. there is a bit of a nostalgic view of past immigration patterns, the historical immigrants were better and assimilate faster,” Peréz said.

This “nostalgic view” that many hold of past immigrants is based on the belief that current immigrants are not contributing to society in the same way. Yet Peréz’s research that compares historical data to present data shows how inaccurate that notion is, as present-day immigrants have similar mobility despite the differences in country of origin.

According to the researchers, understanding how immigrants contribute to society should be crucial in shaping U.S. policies. Johnson also echoed the idea that it is important to have people conducting research on immigration to fight personal beliefs based on inaccurate stereotypes. This will hopefully create a society and country that is more accepting of immigrants.

While changes won’t occur instantly, having hard evidence to back claims provides the base to create informed change.