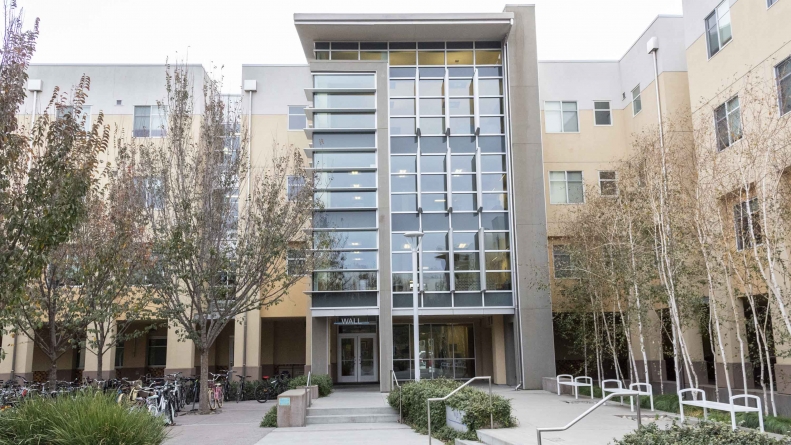 A man who helped construct the UC Davis South Tercero Dorms was sentenced to 10 years in prison for insurance fraud, wage theft and other related charges.

Over the course of the Tercero project, Earl “EJ” Thompson stole $633,199.55 from the wages of over 60 employees. He also defrauded $359,011.43 from the California State Compensation Insurance Fund, his employee’s compensation insurance carrier. Other charges against Thompson included multiple acts of perjury, conspiracy and grand theft.

Deputy District Attorney Jennifer McHugh, the lead prosecutor of the case, explained the magnitude and severity of Thompson’s crimes.

“This was a huge fraud case for the Yolo County’s District Attorney’s Office,” McHugh said. “It was over $2 million that were lost, and the complexity of the case was also much more significant than the average case. The amount that Thompson had stolen from his employees and the insurance company was the third highest in the state at the time.”

Thompson’s California Contractor’s License was revoked before the Tercero project, yet he convinced his wife and an employee to start a new business under their names — Russel/Thompson — which Thompson ran with a fraudulent contractor’s license. He underbid other contractors to work on the construction project referred to as Tercero South Student Housing Phase II, which included the construction of Wall, Campbell and Potter Hall.

One reason Thompson was able to commit fraud on this level was due to the secretive agreement between him and the official owners of Russel/Thompson, as McHugh describes.

“Thompson was hiding the fact that he was really running this company and so that could explain how this wasn’t discovered right away,” McHugh said. “But they did quickly find that the wages weren’t being paid just a few months into the project, and so then they started doing the investigations and referring it.”

The case took six years to prosecute, mainly due to the amount of witnesses the prosecution needed to contact. According to a press release from the Yolo County’s Office of the District Attorney, the case “included over 35,000 pages of discovery, over 60 defrauded employees, and involved 26 felony counts.”

It was also delayed when Thompson switched attorneys and claimed to be incompetent to stand trial due to multiple sclerosis. The competency trial took about two years to resolve, according to McHugh.

“At a competency trial — unlike a normal trial — it’s the defense that has the burden to show that it’s more likely than not that he is incompetent,” McHugh said. “And at that competency trial they didn’t put on any evidence so the court found him competent to stand trial.”

Ultimately, Thompson pleaded no contest to the charges. On Nov. 13, he was sentenced to 10 years in state prison without probation. The court’s decision reflected Thompson’s history of fraud and the impact on his victims — some of which lost thousands of dollars in only a few months, McHugh said.

“For several of the victims, it was over $20,000 that had been stolen — and we’re talking about in a five or six month period of time,” McHugh said. “When you think about it being in 2009, that’s when the housing crisis happened and a lot of people were losing their jobs and having a difficult time paying their mortgages or their rent.”

Paul Hillegass, the lead district attorney investigator for the case, elaborated on how fraud can affect not only the direct victims but also the surrounding economy.

“[Thompson] took advantage of the employees who were just glad to be making a wage that was higher than what they were making — but without knowing that they should’ve been making even way more,” Hillegass said. “When you [multiply] that [by] 60 individuals — how much would they have spent with that money in the surrounding economy? How much did it hurt the UC system in having to deal with the issues from this construction project? The cost gets spread out among everybody, so crimes like this really start affecting the economy.”

The county does provide outreach to educate the community about fraud, especially regarding the rights of employees and information on license contracting. When reducing the acts of fraud by businesses, Hillegass mentions how this case can be a deterrent in its own right.

“The prosecution is a part of outreach to let them know that people do get caught,” Hillegass said. “So this is also a deterrent and education at the same time.”