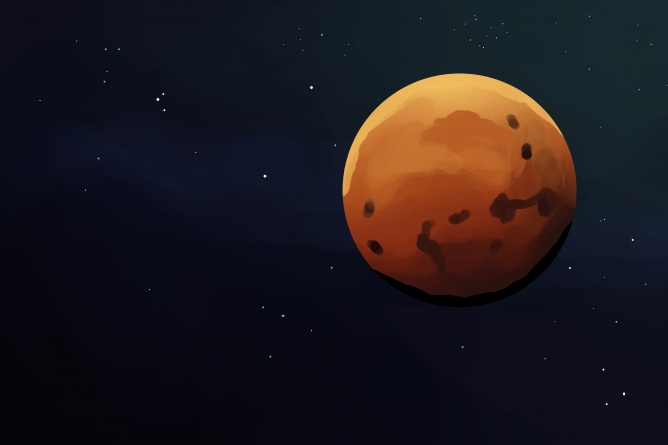 Ran into an ex and the TV won’t turn on? Here’s why.

If November 2019 was particularly chaotic or stressful for students, or if students experienced interruptions in communication or malfunctions in technology, there is an astrological scapegoat that may explain all the mayhem: Mercury retrograde.

Nov. 20, 2019 marked the last Mercury retrograde of the year, which means, for most believers, everything should now be back to “normal.”

So, what is Mercury retrograde and why does it seem like everyone and their mothers are convinced of its powerful influence?

Astronomically, Mercury retrograde happens when Mercury, the closest planet to the sun, appears to be rotating backwards across the sky. What’s really happening, however, is a “trick of perspective” from those viewing it on Earth. According to various astrological websites, a year on Mercury is much shorter than on Earth and, as it rotates around the sun, Mercury appears to be moving backwards from east to west, rather than west to east. Still, for astrologists and astrology enthusiasts, Mercury retrograde is nothing to take lightly.

“I think of myself as a car guy for astrology,” Curry said. “Car guys know so much because they’re always watching those weird YouTube videos and reading articles about cars and that’s what I do with astrology in my free time.”

Although she is not a professional astrologer, Curry explains that, in general, Mercury in retrograde symbolizes a time when members from your past, old habits and unresolved issues come back to bite you. Given that Mercury is a planet of communication and thinking, she said, when it’s in retrograde, complications are to be expected in these areas.

Astrology and horoscope website Horoscope.com revealed similar insights into Mercury’s retrograde. The website claims that, along with communication and thinking, Mercury can be associated with technology, travelling and receiving information; therefore people can expect laptop glitches and delayed flights. Horoscope.com encourages people to spend time reflecting and balancing themselves out during a Mercury retrograde.

Mercury retrograde aside, Curry, whose zodiac sign is Aquarius, said astrology has been an anchor for guiding her decisions and behavior, as well as seeking self-improvement and introspection in her life.

A 2018 Pew Research Report shows that Curry isn’t alone in her affinity to astrology. According to the report, almost 30% of all U.S. adults believe in astrology. There’s a huge market for it, too. There are social media accounts on Twitter and Instagram that give brief, daily horoscopes, forecast monthly predicaments and share funny memes relating to the zodiac signs.

Plenty of YouTube channels, websites, phone apps and even podcasts exist to dish out all things horoscope related. Media outlets like Buzzfeed create hundreds of quizzes related to guessing one’s zodiac sign or explaining what kind of animal one would be based on their sign.

Of course, not everyone is convinced. NASA has said that astrology is not science, and there is no evidence to suggest it can predict the future or an individual’s behavior.

Regardless of its scientific validity, it might be nice to think that the stars are at fault for receiving a poor midterm grade. Next time something goes wrong, just blame it on the stars.