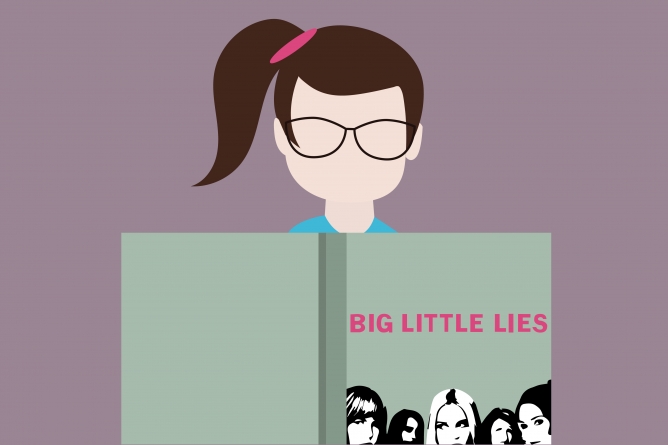 In anticipation of season three of “The Crown,” which was released on Nov. 17, there was one thought circling in my head: I was finally going to be watching a show in which the lead is a middle-aged woman.

“The Crown” isn’t the first historical show to feature a middle-aged female lead, but it’s definitely a part of the slow and stubborn tide to cast older female leads. It’s common knowledge that there’s a diversity problem in Hollywood and film. An annual report from USC Annenberg’s Media, Diversity, and Social Change Initiative looked at different metrics of diversity in film, including gender. Of the top 700 top-grossing films between 2007 to 2014, 30.2% of the speaking characters were female. Furthermore, only 11% of those films had female characters with roughly half of the speaking roles.

These trends are disturbing, and they don’t get much better when looking at the representation of middle-aged and older women in film. The report found that, “In 2014, no female actors over 45 years of age performed a lead or co lead role.” It’s not common to see middle-aged characters in movies, but in 2014 —  of all the middle-aged characters — only 19.9% of them were female.

This was disheartening and discouraging to read for a multitude of reasons. I began to realize that many of the movies and TV shows I watched over the past year featured few middle-aged women, lead role or not. In an interview with NPR’s Fresh Air, Reese Witherspoon shared her experience working within the entertainment industry and taking initiative to begin correcting the gender imbalance in movies and TV shows.

In 2010, the entertainment industry began to lose a third of its business with the drop in revenues from DVDs. As a result, studios began to cut down on production and development in smaller budget films, which happen to be the movies in which actresses predominantly star.

“The first [movies] to go are the [movies] that have the smallest margins […] which is where women live,” Witherspoon said in her interview with Fresh Air. “From ‘Legally Blonde’ to ‘Sweet Home Alabama.’ You know, that was the kind of the budget level of films that I was working on.”

When she began to confront studios about their plans to develop materials for women, she was met with a disappointing answer.

“With the exclusion of one studio, everybody said nothing — nothing with a female lead,” Witherspoon said. “One studio had said, ‘Well, we already have one movie starring a woman this year. We can’t have two.’”

This incident prompted Witherspoon to address the matter on her own. Witherspoon, an avid reader, decided to self-fund a company that would turn books with substantive, complicated, intriguing female characters into movies.

“I thought, ‘Well, this isn’t just about me trying to create parts for myself,’” Witherspoon said. “I want to create better parts for women. I want to have more female authors get their stories told.”

Witherspoon produces and sometimes stars in many of these movies. In 2017, “Big Little Lies,” based on the novel by Liane Moriarty, was released on HBO. The leading cast of “Big Little Lies” is a group of women of different ages and backgrounds whose lives are changed when there is a murder in their small California beach town. The show is exciting because it is a story of five mothers who, at the outset, may seem to be leading very similar lives, but are all going through their own complicated, confusing and difficult times.

They are all going through turning points in their lives, tackling complex and important issues that deserve to have a place on our television screens. Placing women at the center of movies and TV shows doesn’t just make for great entertainment; it also creates a substantive, rich and vibrant storytelling experience.

In 2014, Witherspoon starred in and was the executive producer of “Wild,” based on the 2012 memoir from Cheryl Strayed, who hiked over 1,000 miles along the Pacific Crest Trail in the name of self-discovery. Witherspoon told Fresh Air about the experience of finding good roles in her 30s,and the importance of being a part of “Wild.”

“Many women are so deeply connected to nature, yet it’s not something we’ve explored,” Witherspoon said on Fresh Air. “We’ve seen every iteration of a man versus a bear, versus the Wild West, on hiking adventures […] But I haven’t seen a lot of a woman alone on film as well. And what is that singular journey for a woman to find herself alone in the wilderness?”

There is something exciting about reading and watching these stories of women whose life experiences we often gloss over or pay little attention to. There are so many great books out there written by women, waiting for their stories to be shared, discussed and featured in our cultural sphere. By excluding their voices, we are all missing out on enriching, valuable stories that many of us need — whether we realize it or not.