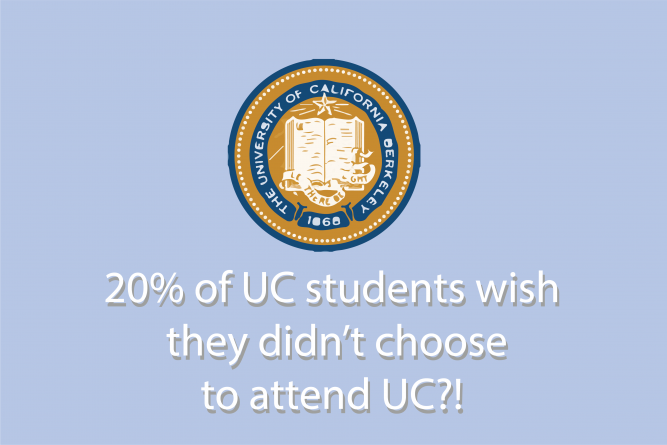 The results of the 2018 University of California Undergraduate Experience Survey (UCUES), which collects data about a variety of topics and is conducted by the UC Office of the President (UCOP) every two years across all UCs within undergraduate populations, were released on Nov. 13. These include academic as well as co-curricular activities and services offered by the university.

Erika Jackson, the assistant director of student success within the Office Budget and Institutional Analysis, said via email that different factors at each UC campus affect survey results.

“Each campus has its [own] culture and strengths, and our campus shines on general satisfaction and ratings of climate,” Jackson said. “When we compare ourselves with the group of other campuses, a higher percentage of Davis students rated satisfaction and specific climate items favorably.”

“There’s so many people here, and it’s a very diverse group of people, so you can literally talk to anyone about anything and if you [look hard enough] you can probably find your people here,” said Emujin Unenbat, a third-year civil engineering major.

Along with highlighting the university’s strengths, the survey results also revealed areas for improvement.

“In the past, the food insecurity revealed by UCUES contributed to the establishment of the UC Davis Pantry,” Jackson said. “We are concerned that many students report food insecurity, despite the economic gains since the recession ended.”

Furthermore, Jackson explained that mental health and stress continue to be important to students at UC Davis.

UCUES data is used in a number of ways, including to report on the quality of academic programs to campus academic senates, to complete self studies for Western Association of Schools and Colleges (WASC) accreditation and to evaluate the quality and use of student services.

Collecting data on such a large scale is no easy task.

“Typically the phases are: 1) preplanning—such as coordinating with the UCOP on the timeline and materials needed; arranging the survey marketing, incentives, and messaging; 2) monitoring the survey while it’s happening—e.g., adjusting messaging, responding to questions, drawing and distributing survey prizes; and then 3) doing post-survey work, such as “debriefing” with the other UCs about what worked and what didn’t, analyzing the data, and discussing the best ways to share the findings with the campus,” Jackson said via email.

The survey typically runs for 10 weeks and will take place again in 2020. Completion rates for the survey range from 27–30% of invited students during the years 2012–2018.

“We’re very interested in comparing the experiences of different student groups, such as their perceptions of campus climate, ratings of their academic major, and post-graduate plans and aspirations,” Jackson said via email. “We also compare UC Davis’s results with those of the other UC campuses and schools in our nationwide consortium.”