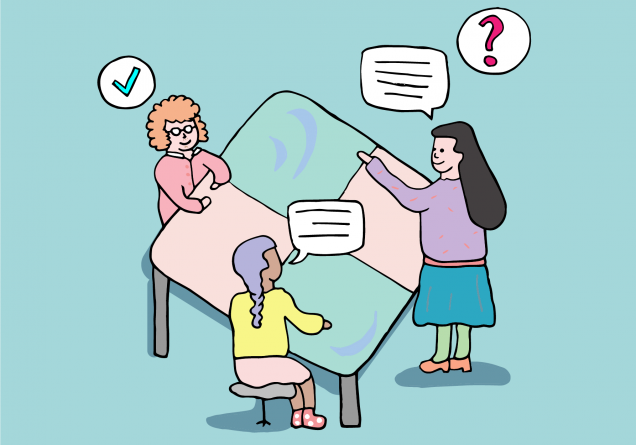 First look into neurology of decision making, how it differs in group interactions

Studies on how choices are made when interacting with another individual have been done to a great extent. However, many important choices today are made within groups: Should we vote? Who do we vote for? Do we contribute our income to public welfare? Research headed by Dr. Rajesh Rao, professor at the University of Washington, and Dr. Seongmin Park, project scientist at the UC Davis Center for Mind and Brain, centers around understanding human choices in group decision making.

“When you’re making a decision alone, you can try to find a way to maximize your own utility,” Park said. “But when you have to make a decision in a group, there is sometimes a social dilemma, such as one decision can benefit you more but another decision can benefit your group. We wanted to know how these everyday decisions are made and what are the brain mechanisms to make them happen.”

The study uses a variety of traditional methods of economic research, such as game theory, in a manner adjusted to accommodate large groups. Where the prisoners dilemma is a decision between two individuals, the Public Goods Game (PGG) utilized by this research involves more.

The PGG replicates a system where members of a group must choose between decisions that bring short-term personal benefit and those that create long-term group benefits. Such systems can be found in modern societies, most noticeably in the form of tax payment to the government. When utilized appropriately, the act of paying tax leads to developments that benefit the group as a whole, such as paved roads and public parks.

A dilemma arises when contributions to such systems become anonymous, which allows individuals to reap benefits without participating. But the free rider methodology only works to a limited extent.

If all individuals stop contributing, or if the overall contribution does not meet a minimum requirement, there will be no creation of public goods and, therefore, a loss to those who contributed. Hence, the decisions this study focuses on are not just whether to contribute, but to decide if making a contribution will have any impact. This involves an individual modeling the mind of another, called the theory of mind, at a more complex scale.

“The study has two major contributions,” said Erie Boorman, an assistant professor in the department of psychology and core faculty member at the UC Davis Center for Mind and Brain. “The first is to elucidate the behavioral mechanism by which we adjust our strategic decision of whether to contribute or to freeride. It composes a computational model of how people do that, how [people] weigh these two utilities and also how they face evidence of whether the public good was generated or not […] to adjust those beliefs. The second major contribution is to, for the first time, show what neural circuits are important for those different computations.”

The findings indicate that collaboration in groups is initially greater. Although the study also shows that individuals will often contribute in an effort to encourage other group members to contribute — as interaction increases, collaboration typically falls. They must decide the amount to contribute or if they want to contribute at all, which involves two different prefrontal cortex areas of the brain.

The prefrontal cortex encodes which decision is beneficial in the short term and also considers an alternative that is beneficial to the group in the long term. A different area, the anterior cingulate cortex, differentiates the information and works to resolve conflict.