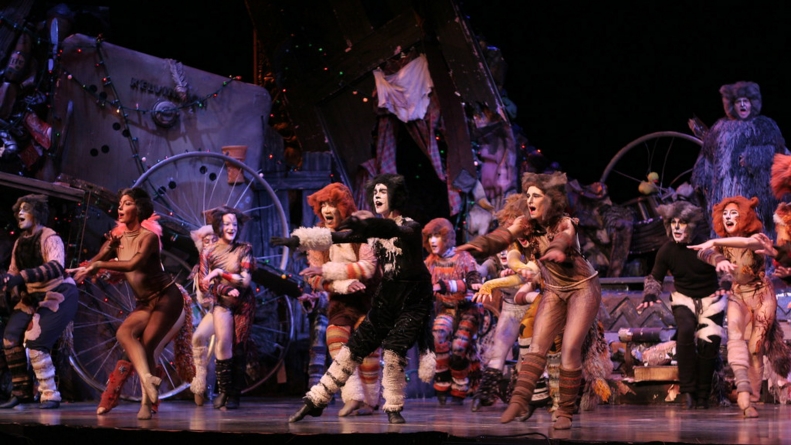 Some things should be left on stage

When a bad movie is released during the year, I always feel the urge to tell my friends about it so we can immediately buy our tickets. So naturally, when the trailer for “Cats” appeared on TV, I knew I would find the greatest joy in sitting at the back of the theater and laughing at a bunch of A-list celebrities in CGI fur suits. And although I was right in predicting that it would be one of the strangest visual experiences yet, I couldn’t help but wonder what truly made it so disturbing.

Movies based on musicals and musicals based on movies aren’t new. From “Shrek” to “Shrek the Musical” to the most recent musical adaption of “Mean Girls,” it’s not all that surprising if, in a couple years, you see your favorite movie characters bursting into song on screen. But although the movie-to-musical adaptation might seem challenging enough, bringing the stage onto the big screen carries even more discrepancies.

That said, some theater productions are not fit for the movie medium.

For starters, the difference in the environment is key in creating a transformative experience. In film, cinematography can take the audience anywhere — from dark urban alleys to the wide fields of Austria. Especially now with newer technology such as CGI world-building, there are no limits.

On the other hand, live theater productions seem to always remind you that you’re sitting in the audience in front of a wooden stage. You can see the backdrops being changed or furniture moving while the spotlight is on an actor. Although this may not seem as immersive as film, it creates a level of intimacy that cinema cannot replicate.

The extent of an actor’s freedom differs between stage and screen. Although a film actor does have certain creative liberties, how a character is portrayed generally depends on the director.

Meanwhile, a live actor has full control of their character in that very moment and may change up their performance each night. The openness of theater gives the audience this freedom as well. We may choose to either focus on the lead performer or look at a back-up dancer. There isn’t a camera guiding our eyes to certain parts of the scene — we have access to all of it. It is this personal experience that can often get lost in cinematic translations.

To bring it back to “Cats,” this musical requires an unconfined stage because it’s utterly plot-less. It is a montage of different cats singing about their lives until one gets sacrificed to heaven. As a movie, it doesn’t work structurally. But as a live musical production, with intricate costumes and whimsical choreography, it accomplishes what any musical hopes to. It grabs the audience’s attention and emphasizes the closeness between them and the stage.

The live ending of “Cats” summarizes this best. The finale involves the actors going into the audience and through the aisles. This could symbolize the reincarnation cycle, of cats being one of us. Or maybe it’s just a playful form of audience participation. Either way, it reinforces the inclusivity of the musical, an aspect the film adaptation cannot do.

At risk of losing a humble spirit, certain musicals should simply not be touched by Hollywood. Jonathan Larson’s “Rent” is one example. Although the 2005 film adaption of “Rent” wasn’t terrible, it brought the narrative through a medium that didn’t quite reflect its grit. For a musical that dealt with the brushed aside AIDS epidemic in the U.S., the glitz and glamour of Hollywood productions didn’t seem appropriate. Only the theater could do it justice.

It’s important, however, to note the accessibility of cinema. Not everyone lives in or near a city that holds musical theater performances. And not everyone can afford to spend hundreds of dollars on a ticket. As much as the theater is “for the people,” there is a certain privilege that comes with being able to see a show. “Hamilton,” for instance, a show about and for the average person, is priced at such a high rate as to only be affordable for upper-middle class people. So although the theater experience may be more fulfilling and genuine, it comes at a cost.

Overall, the decision to create a musical-based film, or vice versa, is not simple. A timeless Broadway show can turn into one of the worst movies of the year. Art forms do not always translate well between different mediums, and it’s usually for a reason. It is then best to see why live performances work and what is lost when these are brought into the cinematic world.
Written by: Julietta Bisharyan — jsbisharyan@ucdavis.edu