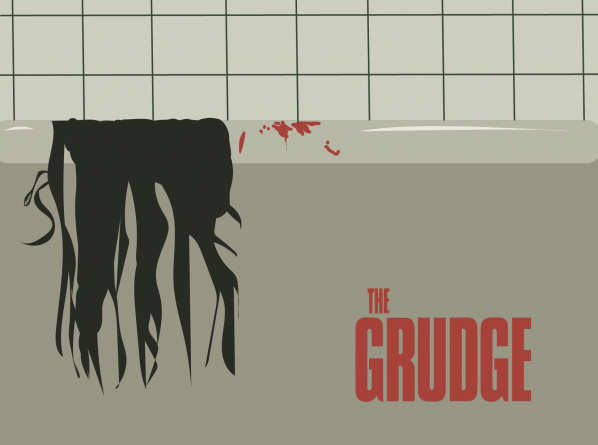 I dragged my housemate to the first horror movie of the decade, left disappointed

The newest edition of “The Grudge” wasn’t a sequel, but rather it turned out to be a disappointing remake. This year’s “The Grudge” follows Detective Muldoon (Andrea Riseborough) as she and her partner Goodman (Demian Bichir) investigate a rotting body in the middle of a car wreck. In the midst of their investigation, they find that the body belonged to Lorna Moody (Jacki Weaver), who was visiting a nearby house that has a long history of murder. While Muldoon digs deeper into what happened with the previous owners and how Moody is involved, she receives warning from Goodman to drop the case without explanation. Despite her better interest, she ignores the warning and throws herself down a rabbit hole.

I expected there to be a couple differences between this movie and the last three, or even “The Ring,” but the differences turned out to be where the movie fell flat. The most striking change in this new movie was that the Grudge herself wasn’t haunting Muldoon and other victims in her own form. Instead, she took on the form of people who had already passed away. The Grudge is a vengeful spirit, constantly trying to find her next victim, but when we don’t see her doing so, it doesn’t resonate in the same way.

I wouldn’t say I disliked this aspect of the haunting, but I will say that it could have been executed better. When the deceased victims were haunting Muldoon, it felt like they were haunting her more than the Grudge was, which isn’t a scary premise to me.

There were also a few parts that needed more explanation — for instance, the film failed to mention how the Grudge came to be and, because it is a reboot and not a sequel, an explanation was needed. A reboot should be able to stand on its own, but viewers without prior knowledge about who the Grudge is, how she died and why she makes that god-awful noise when she’s approaching her next victim might be left confused after watching this movie.

The movie did explain how the Grudge arrived in the U.S. well: the vengeful spirit followed Fiona Landers (Tara Westwood) home from Tokyo to the U.S. and possessed her to kill her family. Although a ghost possessing a living person isn’t anything new in a horror movie, I just can’t picture a vengeful spirit boarding a plane and flying across the country only to possess a house.

As the story progresses, we are given the different perspectives of those who have fallen victim to the vengeful spirit. The story plays out in flashbacks, giving the audience a full view on how each family is affected. While the story moves along, the excerpts with the previous deaths are a refreshing change, not only because Detective Muldoon is a stale character, but because we are able to see how the victims rack up and what the spirit’s capabilities are. Unlike other movies, the Grudge is haunting a house and whoever steps foot in the house is its next victim. But that provides a huge plot hole — there is absolutely no reason why a vengeful spirit would attach itself to a house, especially not one that it didn’t die in.

Detective Muldoon, however, never does any real research on how the spirit got to the U.S., how to kill it or even who it was. She might choose to see a priest or Google something — anything — to show that she is a capable human being with an ounce of rationality. She is a detective after all, albeit a detective with an underdeveloped back story. This is the biggest flaw in the storyline, as it leaves new viewers confused as to how the Grudge became an evil spirit. (Spoiler alert) Muldoon finally resorts to burning the house down, an act that doesn’t make much sense, even within the context of a horror movie plot.

Despite the main character’s lacking personality, my biggest pet peeve with the movie is how it chose to scare its audience. I don’t mind jump scares — there are multiple in every horror movie I’ve watched because, without them, the movie is a thriller. Although many people loathe jump scares, some of us are so desensitized that it’s really the only way to scare us.

But the choice of scaring the audience with insects is one I hate most in horror movies. I don’t mind gore, blood and needles, but maggots crawling around a mouth that has dried blood on it gives me the chills. It’s unamusing, overused and in no way scary. The 2020 version of “The Grudge” has a lot of that; there were a handful of scenes that were just plain disgusting. A random, cheap jump scare is one thing, but to disgust me so much that I have to turn away from the screen is something else.

The remake of “The Grudge” was disappointing to say the least. It could have been a better movie had it filled in plot holes and allowed its characters to develop naturally throughout the story. This isn’t a movie I’d watch again, which says a lot considering that all I do in my spare time is rewatch movies.