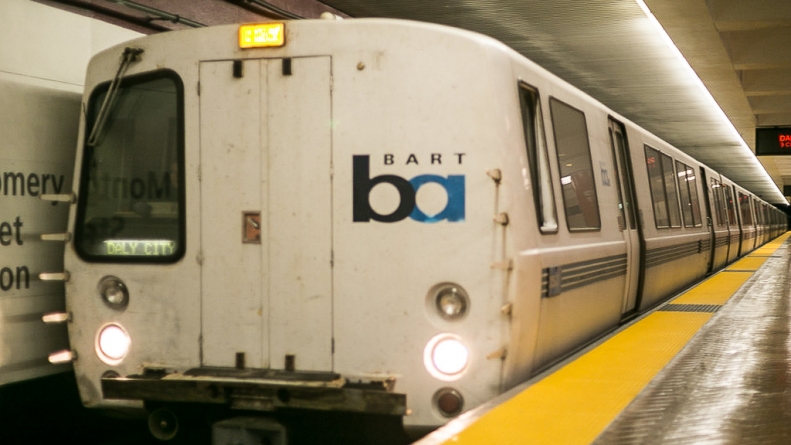 Transportation is significant for more than just movement

I am not a fan of cars or driving. With very few and notable exceptions, long drives are in no way a means of catharsis for me –– however, long train rides are. I enjoy sitting in an Amtrak cart and making my way back home from Davis instead of rolling down a highway with a long string of other cars. I’d much rather go from one place to another using some form of public transit than a car.

A part of me is very used to moving from one place to another with minimal car involvement. Growing up, there was always a local bus system to take me and my friends around to nearby destinations. If we needed to go a bit further, BART, the Bay Area Rapid Transit System, was an easy and convenient way to get around. In a country where almost everywhere we go seems to be oriented around a car, I really enjoy the ability to move around and reach my destination without one.

The way we move matters, whether that be using a bus, train or car or moving by foot. Transportation is more complicated than just the simple question of moving from one location to another. It’s also a matter of finding lucrative business opportunities as well as sustaining an important public utility. A decade and a half ago, ride-sharing and car-sharing was hardly a matter of discussion, however, today it is imperative to understanding how we move in both big cities or small towns. But this is also an ever-evolving story. The advent of microtransit — a dynamic transit-like service — shows that transportation is at the intersection of Silicon Valley business ideas but also in a string of solutions for increasing accessibility and improving public and mass transportation.

Transportation is also a story of change in American cities and the American landscape. A century ago, streetcars were a common sight in urban cities. These streetcars also inadvertently helped to shift the neighborhoods and cities which they operated in. Now the streetcar is practically obsolete. Modern technology and an evolving physical landscape made to better accommodate cars are among the driving forces for the change in transportation methods. When urban congestion became a problem too big to ignore, places such as the San Francisco Bay Area, Atlanta and Washington D.C. began to build rapid transit systems in the hopes of getting drivers off the road and onto trains. In the 1980s, commuter and light rails began to emerge as modern and affordable solutions for a transit-oriented development of a city.

But in the midst of all this, transportation is now being scrutinized and looked at through the lens of sustainability. Air quality is often poorest in urban areas that have higher levels of traffic congestion. Twenty-nine percent of greenhouse gas emissions in the U.S. results from transportation alone. Public transportation is helpful in reducing greenhouse gas emissions not just because it leads to a reduction in emissions per passenger mile, but because it allows for a more compact development by reducing the distance and time people spend in transit. Cars aren’t the only mode of transportation to be wary of when taking sustainability into account. Greta Thunberg, the 17-year-old climate activist from Sweden, is known for travelling throughout Europe using trains as opposed to airplanes and for using a sailboat to make her way from Europe to the United States emission free. Our use of transportation can’t merely be looked at as a matter of movement and migration alone, but as a factor in a larger interconnected web for societal development.

While I don’t care much for cars, that doesn’t mean I am entirely opposed to them. They’re convenient and useful, and driving is fun for some people. But I do believe that cars are given a primary focus when it comes to considering the different options for transportation. There is a great value in evaluating our use of mass and public transit when transportation is so critical to how our social, cultural and economic systems have been built. Our physical movements and destinations are what have allowed cities to grow and be designed in particular ways. This is powerful, exciting and yet another example of why it’s so important to place greater attention on transportation systems.