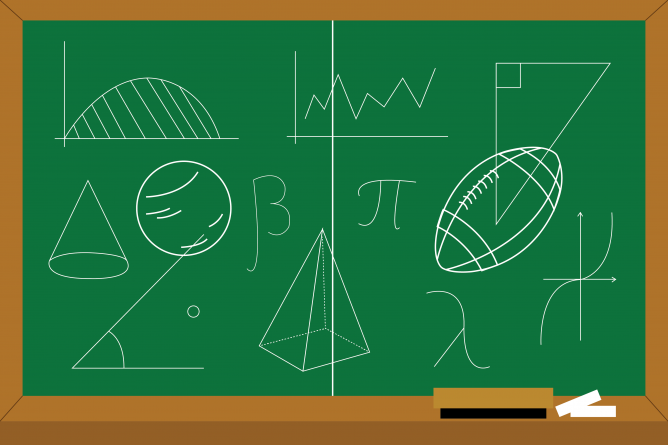 Two experts break down the controversy

The NFL has endured a number of controversies in recent years — increased awareness about concussions, domestic violence by players, Colin Kaepernick and the national anthem protests. But these little things, as we like to say, aren’t truly “about The Game.”

Genuine intellectuals and sophisticates within the sports world know that scant squabbles about spousal abuse, minor “head injuries” and quasi-ambiguous racism pale in comparison to the philosophical debates about the meaning of football at its very core. No, not the significance and impact of The Game, but simply the definition of the word “football” itself, and why The Game is actually named after it.

“Football” is quite a confusing term for the smartest among us, as the ball is neither ball-shaped nor “footed” by the foot more than it is handled by the hand. In fact, some of The Game’s most quibbling, niggling, pettifogging fans argue that calling The Game “football” amounts to false advertising. They’ve even started a movement to rename the NFL based on a more accurate mathematical description of the “ball” — the prolate spheroid. To bring some clarity to what is arguably the most important question The Game faces in the 21st century, we listened to the opposing opinions of two experts.

Dr. Paul E. Nomeyulman, Ph.D., Department of Mathematics, Harvard University: It simply doesn’t make sense for [T]he [G]ame to be called “football” when the players hardly ever kick the thing with their feet, and especially when there’s already a far more elegant sport called “football” in which the players actually do propel the ball with the distal phalanges of their pedals. Couldn’t they at least call that other abomination “handball”? Well, the Oxford English Dictionary defines the improper noun “ball” as “a rounded geographical formation” and “a globe or spherical body, and related senses.” This definition classifies a “ball” as a “sphere,” suggesting that we cannot in good conscience refer to the American football as a “ball.”

For these reasons, the National Football League is blatantly misleading and defrauding the American people by not instead calling itself the National Prolate Spheroid League or the National Lemon League.

Buck “Thyroid” Thyroipt, Veteran Color Commentator, Fox Sports/ESPN: I’ll be damned if I’m gonna waste my valuable time grindin’ my noggin on the fancy schmancy words o’them hoity-toity muckety-mucks down the university there. Football’s the name of The Game. But I like the sounda my voice so I’ll give ya my two cents. I dunno bout all that math, but Dr. Numbers up there didn’t even check all the dictionarii, cause I got me one here that calls a ball “a round or roundISH body or mass: such as a spherical OR OVOID body used in a game or sport.” And hey Doc! I know I shouldn’ta expected any less from a research prof, always omitting unfavorable results and all, but ya skipped another pretty darned important definition of ball: “Slang: Vulgar. a testis.” Ball: as in it’s on accounta the testosterone we got the violence that puts the little word in question in football. That violence is why we love The Game, and we aren’t bouta be callin’ it some National Prostate Sphynx League. I know I’m speakin’ for my fellow broadcasters when I say that.