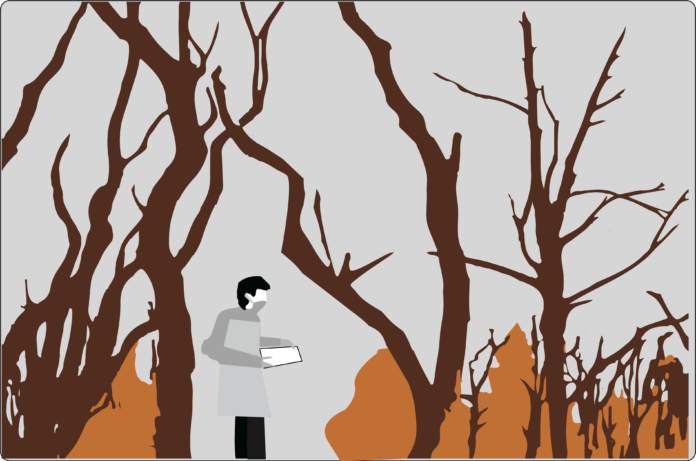 In an annual competition to promote multicampus projects in the UC, two UC Davis projects stood out. One is headed by Professor Michele Barbato in the department of civil and environmental engineering and centered around wildfire research. The other is connected to research on particle acceleration and headed by Eric Prebys, a professor and the director of the Crocker Nuclear Laboratory.

“It’s called a UC fee grant,” Prebys said. “The University of California system actually manages Livermore laboratory and Los Alamos, […] part of their management fee goes into a fund and California universities can apply to that fund on a specific range of topics.”

Each project is to be conducted in collaboration with these labs and the other involved UC schools. These include UC Irvine, UCLA, UC Berkeley and UC Merced for the wildfire mitigation project headed by Barbato.

“We received $3.75 million from the Office of the President and a little more than a million from Lawrence Livermore, Los Alamos and the Electric Power Research Institute,” Barbato said. “The project will start in March and we’re going to execute our research plan.”

The plan for the project is to develop a method to model and forecast smoke transport from wildfires and investigate the toxicology of the chemicals produced from the burning of different materials. Additionally, the research will include studying the effects of these chemicals on human health and comparing the effectiveness of different wildfire mitigation strategies.

Of course, given the scale of wildfire impact in California, research alone would be ineffective. There is a need for communication, not only between the research teams and the government, but also between multiple levels of the government. This is where Eric Chu, an assistant professor in the department of human ecology, comes in.

“The Office of the President that advertised the grant wanted a strong part of the project to lead to social impact,” Chu said. “Some sort of co-production of science-informed policy and engagement with public sector governments, but also to think through, ‘What is the best way to enable better wildfire monitoring, modeling and construction policy design in ways that make political sense in the context of existing policy.’”

Any practical discussion around wildfires must be multi-layered because of how they impact and get impacted by climate, water, housing, pollution and even transportation. With different portions of the government involved in the management and mitigation of this issue, there are many restrictions involved.

Whereas Chu is focused on the human side of the project, namely decision making, planning and policy, Barbato intends to focus on the housing portion of it. He hopes to develop fire-proof housing materials by utilizing data from some preliminary projects.

“The way that we are envisioning it is to use earth block construction, which is […] made using mainly soil,” Barbato said.

This method produces highly durable structures through a process of stabilizing soil chemically.

Eric Prebys, meanwhile, will be utilizing his grant to work with a cyclotron in order to use diamond as a semiconductor in high-speed instrumentation development.

“A cyclotron is a type of particle accelerator,” Prebys said. “It uses a magnetic field to bend the charged particles into a path and then uses an alternating electric field to accelerate them so every time they go around they get a little more energy. Cyclotrons date back to the 1930s when that was really the first way people were able to make really high energy beams of particles. They still exist because they’re a fairly economical way to generate currents. This particular cyclotron has been operating since the 60s.”

Diamond is a semiconductor in the same way as silicon, but has advantages in its immunity to radiation, speed in which it transfers electrons and higher dynamic range, a property that allows a larger range of values to be measured. Because of such properties, diamond’s semiconductor abilities have many useful applications. For example, the production of a cancer treatment isotope called Astatine 211 requires a very high current and a diamond semiconductor makes this possible.

Projects like these reflect a dedication not only toward scientific growth but improved quality of life.

“We’re trying to prevent more losses in the future, we’re trying to better prepare the state against wildfires, against all these other different environmental changes and what can be done,” Chu said.