What to do when there’s nothing to do 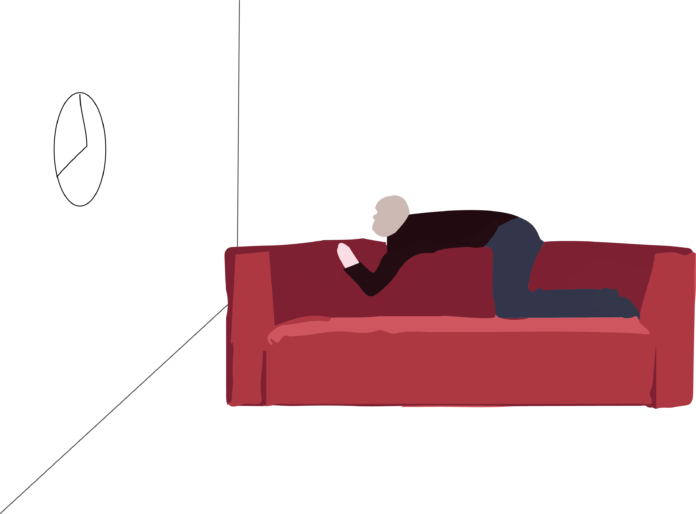 Different pastimes to pass the time

Over Winter Break, I headed south to Villa Guerrero, Mexico. After a four-hour flight and a four-hour drive, I ended up in a quaint village with nothing to do. With only one book in hand and one bar of signal, I thought, “What am I going to do here for 10 days?” So here’s what I did to escape boredom.

As suggested by the name, board games are the best for when you’re bored. I have never played more dominoes in my entire life. I woke up every morning to my ten-year-old cousin whispering, “Wanna play dominos?” Although she’s only ten, she is surprisingly good at dominoes and respects the honor code to a T. The same can’t be said for Monopoly.

If you don’t have a box of dominoes at your disposal, I found it’s surprisingly easy to make them out of paper.

Board games were the most entertaining and relaxing pastime, especially since it was during this time that I got peace and quiet. When we played board games, everyone got really quiet as we thought of our next move, analyzing which domino was the best to put down at a certain time. So this suggestion is not only great in order to have something to do but to get some quiet time as well. The most you’ll hear during dominos is “it’s your turn.”

There were so many different foods to try out everywhere I went, which also helped beat my boredom.

Although I had already tried all of the Mexican staples — tortas, tacos and sopes — they tasted drastically different, which I expected, but I was still surprised at all the different flavors. I took short walks with my cousins or my dad and we’d head into a restaurant to try something new. By the fifth day, I knew exactly what I wanted and exactly where to get it. It was a nice change of pace from all the fast food we consume in college. The chips have more flavor, the ice cream is creamier and the freshly squeezed orange juice was heavenly. A month after leaving, I already miss my morning chorizo tortas.

Because the village was small, we went everywhere on foot. One day, we walked to a church that was two hours away. Though I would have appreciated a warning that I would be going on a hike through the mountains, the scenery was beautiful. We were surrounded by trees, we passed by a couple of cows, the air was crisp and the sunrise made it worth ruining my favorite pair of shoes.

At the risk of sounding like a grandmother, I have found that there is something calming about stabbing cloth with a needle over and over. And it’s a cheap hobby! I spent under $10 to get all of the supplies. For embroidery, you’ll need a hoop, some type of cloth, needles and thread.

Hopefully you’ll have enough WiFi or cell signal to look up videos on different stitches, but it’s also easy enough to follow different outlines. Although this may not be everyone’s favorite pastime, it is a good way to pass time. It can take hours to stitch up one small part of a drawing. This activity does require patience, which is why I have only ever finished two drawings in these past ten years. This may not be the best activity for everyone — my thirteen-year-old cousin said she wouldn’t be able to do this, but she did enjoy watching, oddly enough. She said it was similar to watching ASMR videos.

I think the most underrated thing to do is to simply exist. There are many overused quotes that pose the question, “Are you living or are you just existing?” (Ahem, Oscar Wilde.) But there is nothing wrong with simply existing. We place so much value on doing something great in society that we forget that it’s okay to just be.

There were days where there was absolutely nothing to do. I was tired of dominos, I finished my book, my fingers hurt from embroidering and I didn’t understand how my dad could just sit in the kitchen, looking at the ceiling. He told me that he looks forward to the small moments to just be at peace with doing nothing, not worrying about when to wake up, not continuously setting alarms and not wasting the weekend on errands.

As students, we are so caught up in constantly doing something, it even feels odd to go home on Winter Break and not have anything to do. It feels like a trap. It feels like we don’t deserve to simply exist. But it’s so freeing to not have anything to do. It lets you breathe, be alone and just gather your thoughts. When you have nothing to do, here is what you should do: breathe and exist.