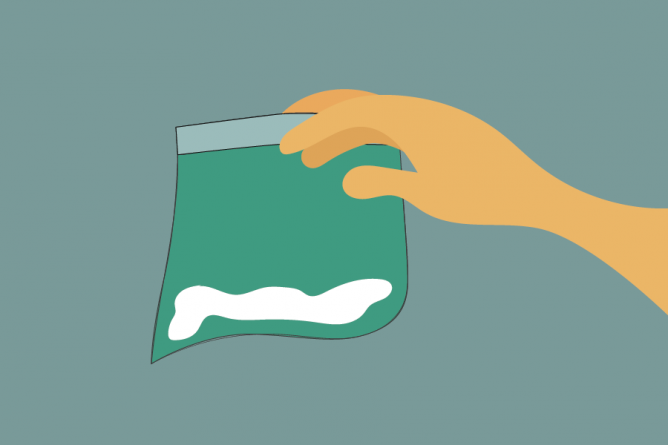 The week before Christmas, Aaron Hall and Jamez Manning, described as “young men in the Oakland music scene,” died due to an overdose of cocaine laced with fentanyl in Oakland, according to the SF Chronicle. Unfortunately, these aren’t isolated incidents.

According to the San Francisco Department of Public Health, death rates have increased 150% since last year in the city due to an increase in fentanyl overdoses. In fact, the deaths of celebrities like Mac Miller, Lil Peep and Prince have been tied to the synthetic opioid.

Recent pop culture has suggested that fentanyl has only struck the Bay Area’s cocaine supply, however, that’s not the case — the epidemic is prevalent in areas around the U.S.

Fentanyl, a painkiller used in hospitals that’s 25 to 50 times stronger than heroin, is now finding its way into the cocaine business. The question then is: Why would cocaine suppliers want to intentionally drug and kill their customers?

According to Rolling Stone, there are two hypotheses as to why fentanyl is being snuck into the drug supply.

The first hypothesis is that a sloppy workspace leads to cross contamination. The majority of cocaine dealers don’t comply with federal health and safety guidelines. As a result of a failure to properly clean up work spaces, trace amounts of of fentanyl get into other products.

The second hypothesis points to malicious motives: Fentanyl is a cheaper substitute. Drug cartels could mix the cheaper substance into their product, thus making a higher profit by selling it at the same street price. A way to make a few extra bucks in exchange for human lives.

Whether a regular drug user or not, anyone who snorts a fentanyl-laced cocaine line may suffer the consequences. Are people aware of the epidemic or are they simply turning a blind-eye to get a little “kick?” UC Davis students share their experiences with cocaine now that the epidemic has become widely recognized.

“I have been known to recreationally use the ‘sneeze,’” said one anonymous design major. The student said he said he doesn’t necessarily enjoy doing coke. In fact, he “feels pretty shitty about [himself]” and each time he “never wants to do it again,” but when he’s drunk he disregards those feelings. Though he is aware of both the epidemic and the fact that it may be laced with a fatal substance, he partakes in the “blow” anyways.

“I feel like no one does drugs because they’re safe,” he said. “You do drugs because they’re not safe, because it’s something you shouldn’t be doing, but it makes you feel good. Whether a drug is safe or not is not going to prevent you from doing it. It’s a hard thing to pinpoint down why people do drugs.”

Even when the consequences are potentially deadly, people are still taking a bump of cocaine to feel the rush from the drug.

“Every once in a while, I’d do a little nose snow,” said one anonymous history major. “It just makes you feel good, makes you have more energy. It’s like a symbol of doing something crazy and fun for a lot of people.”

This student tests his cocaine before partaking in the drug by using fentanyl test strips. Although “it makes [him] feel like a dork because a lot of people are just doing it” without testing it beforehand, he does it for his own safety. He said he would “absolutely” snort a line without the test, but he just “happens” to have them, “so why not [use them]?”

Some users, however, stay away from cocaine altogether if it hasn’t been tested beforehand.

“I feel like yes, before knowing [about the epidemic], I would’ve done it, but now, absolutely not,” said one political science major.

This student knows that the cocaine she intakes could be laced, but she only does it if she knows where it came from and if it’s been tested beforehand. She said she does not crave cocaine regularly, but if it’s presented to her, then she wants it.

The UC Davis students who spoke to The California Aggie said they do not seek out cocaine themselves, but will take it if it’s readily available. Of course “there’s that group of people who you know does [coke],” the political science major said.

Why do people do cocaine, especially if they know of the potentially fatal dangers associated with it?

“Most of the time when I do [cocaine], I am drunk, and then it actually sobers me up, and makes my night better and more safe because I don’t go as crazy. I am actually more in control,” the design major said.

Another reason why people partake in cocaine in a party setting is to rally — the classic college stereotype of drugs, sex and rock and roll. People may be taking a line or a bump in order to continue the hype and seem like a party “tank.”

At the end of the day, getting a drug test can save a life — they are easy to find and affordable, available at drugstore chains and even Amazon.

“I do it for my safety and for the safety of others,” the history major said. Party safely.

The names of students who spoke about doing drugs have been omitted in order to protect their identities.