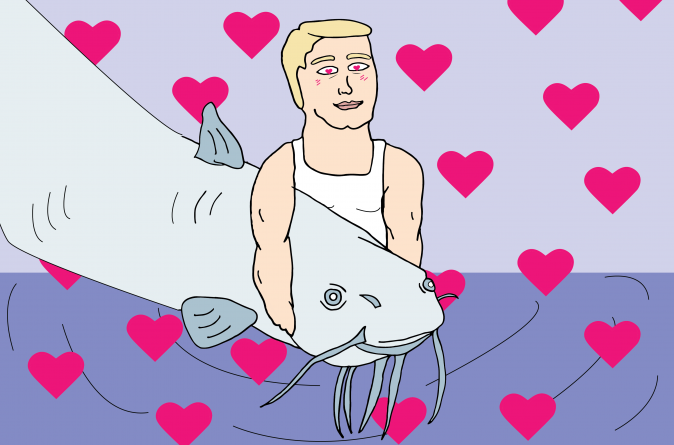 Predatory catfish are preying on our loneliness and desperation

Tinder announced last week that it would give users a blue checkmark if they passed its new catfishing test. Tinder’s community team will initially screen verified photos to check for potential catfish, with software eventually taking over. But should humans even be trusted to identify catfish if so many of us fall for them time after time?

Catfishing is an act of deception only possible in the online world. Real people make a fake online presence and lure others into a romantic online relationship. Not only deceptive, catfishing is a predatory practice that emotionally and financially abuses romantic hopefuls and strings them along for weeks, months and even years.

Shouldn’t we already be more aware of catfishing as we interact more and more in the online world? Or are the catfish themselves becoming better at preying on our need for attention and connection?

Loneliness is increasing worldwide, and many are calling it a pandemic. A study published in 2015 found that social isolation, actual or perceived, is associated with an increased risk for early mortality. The study also found that the health effects of long periods of isolation are equivalent to those of smoking 15 cigarettes a day. With social media becoming increasingly rooted in our daily lives, ambivalence toward the loneliness pandemic is now more apparent than ever.

Take a moment and think about how much time you spend in front of a screen each day. The typical American averages up to 12 hours a day between phones, tablets, computers and projectors. It only makes sense that we would form relationships through the screens we spent half our time staring at.

We don’t just meet friends face to face anymore — the online world makes it easier to meet new people and stay connected to them. And why wouldn’t we form more relationships online where we have more control over how we are perceived by others?

The term “catfish” as it relates to online dating is derived from the relationship between codfish and catfish. Codfish are notoriously difficult to bring to market because, when frozen or stored in tanks, they lose their texture and flavour. Catfish will relentlessly chase codfish, so sailors on fishing vessels determined the best way to maintain fresh codfish was to throw a few catfish in the tank to keep the cod in shape. The codfish taste fresh by the time they get to port.

Catfish keep everything alive. It’s no wonder why, in our online interactions with them, we so often overlook glaring red flags for the excitement of the chase. We do the exact same thing in “normal” relationships. We choose to believe in people and what they say. We want to be happy and we want someone with whom to share that. But how much are we willing to put up with in order to achieve that?

Romantic relationships are difficult because they are complex — built on trust and predictability while trying to keep things fresh. Relationships are arduous to maintain, so when we find them easily, we want them to be real.

Every relationship is bound to have its secrets, but having a relationship online that hides an entire identity is not any average secret. Relationships built on any amount of lies are bound to collapse.

To some extent, we are all catfish when we present ourselves online, and even more so when we present ourselves on platforms like Tinder or Bumble. We try to portray ourselves in the best light possible, often at the expense of our own honesty. We build profiles to attract and collect as many matches as possible. But these are deceitful habits no matter how pure our intentions may be. These lies we tell don’t go away; they are buried –– with the potential to resurface later.

Love is difficult to navigate in our relationships. It makes us think and behave irrationally. It is often an attraction that we cannot control, and something for which we are willing to do anything.

Our loneliness has made us desperate to love and be loved and, in this desperation, we have found it easier to convince ourselves that we have found real love, even if the one we love is a facade.