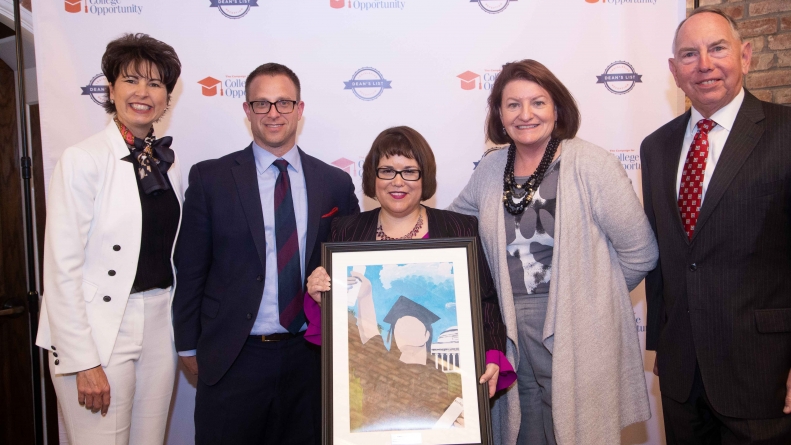 The Campaign for College Opportunity honored seven California lawmakers for their commitment to legislation that increases access to higher education during their inaugural Legislative Dean’s List ceremony on Jan. 8. The Campaign for College Opportunity focuses on preserving access to higher education, improving student success, maintaining affordability and increasing equity.

As the Chairperson of the Education Committee, Leyva worked on Senate Bill 291, which would cover the true costs — books, class materials, rent and transportation — of attending community colleges. SB 291 did not make it to Governor Gavin Newsom’s desk, but earlier this year, Leyva sponsored SB 24, which was signed into law by Newsom. SB 24 guarantees that all public universities provide access to medication abortion services at on-campus student health centers by 2023.

“I’m sure people, like me, didn’t realize that our community college students are sometimes paying as much or more as our UC and CSU students,” Leyva said. “We’re going to continue that work this year, and there are a myriad of [other] issues that need come before us this year like college tuition, K-12 [and more].”

Leyva encouraged students across the three higher education systems to voice their opinions and frustrations.

Limón was presented with her Distinction in Undocumented Student Support by a UC Davis student who is very active with the Coalition for Humane Immigrant Rights.

“We need to work on college affordability,” Roth said. “We need to increase funding for academic counselors so students receive effective and efficient academic counseling because if the student and the counselor make a mistake, that can cost a student one, two or three semesters worth of work.”

Roth also commented on the state of mental healthcare in California higher education.

“I think we have a tremendous need in the area of mental health, counseling and services,” he said. “It’s unacceptable to have students wait two, three or four weeks for the opportunity to see a counselor. It’s not acceptable even if when a student’s in crisis, they can get in within a day, but it’s unacceptable that the follow up appointment is two, three, four or five weeks out or not at all.”