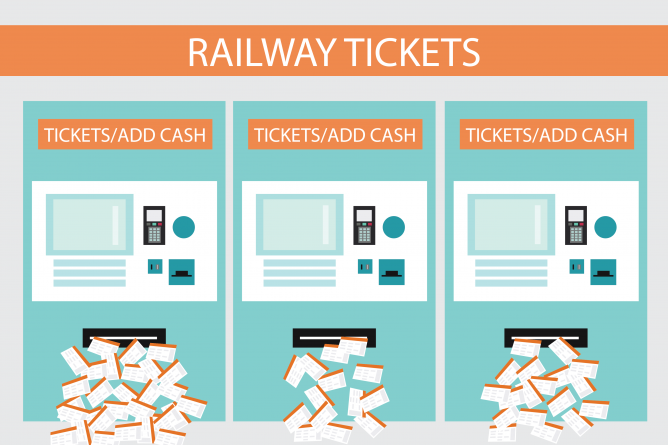 Raising fares is a possible option for financing public transportation, but it’s more complicated than we think

Public transportation is great for a myriad of reasons — like reducing greenhouse gas emissions and aiding regional economies — but getting public transportation to work effectively is complicated. One possible solution to improve the quality of American mass transit is raising fares.

I always try to get around via public transportation, as it tends to be relatively inexpensive. This is part of why I feel public transit is so vital to our societal functioning. It’s a cost-effective mode of travel for people of all socioeconomic backgrounds; however, the effect of these low fares and low funding has a noticeable impact on the quality of our transportation.

The now-archaic streetcar was a very popular mode of transportation for most city-dwellers about a century ago, but died out partially due to stagnant fares.

In 2018 most of California’s transit funding came from the local government. About 18% of the funding came from fares and fees — a significant chunk when assessing its contributions to the financing of public transportation.

Part of the issue with financing public transportation is that public transit is increasingly being seen as a welfare service as opposed to a public utility. Public transit is an important resource, especially for low-income riders, hence the need to keep fares low and affordable for all.

Although raising fares helps update the quality of our public transit system, it’s important to keep in mind that many of the people who rely on this system are not be able to afford a fare hike. Not only would this be a very unpopular proposition among riders, it could likely lead to a fall in ridership levels, and thereby further decrease the farebox recovery ratio, a measure of a transit system’s profit computed by dividing fare revenue by operating costs. Fare hikes could be a viable option, but relying on them would be an unsustainable option for mass transit and ridership. Commuter rails, among other modes of mass transit, are already unaffordable for many low-income riders. To raise fares would be to widen the existing inequities in transit.

Improving the financing of public transportation isn’t an easy and clear-cut process, so it can’t be fixed with one simple solution such as raising fares. The subsidization of public and mass transportation is important. Good transportation doesn’t have to be a question solely of equity — it can be a great opportunity for sustainable and profitable growth. The agglomeration that comes with good public transportation is great for regional economic growth and local businesses. Paying undue attention to the subsidies for public transportation gives a skewed view of the cost of other modes of transportation. The gas tax that drivers pay isn’t even enough for services like road maintenance, and, more importantly, it doesn’t account for the true cost of driving cars — the societal cost of externalities such as traffic congestion or pollution.

Public and mass transit is too essential to neglect. Our public transportation systems are necessary and yet we do not afford these systems the economic value they need to thrive. If we choose not to implement methods like land value capture and instead raise fares, we must take into account the impact on those who would be most affected.