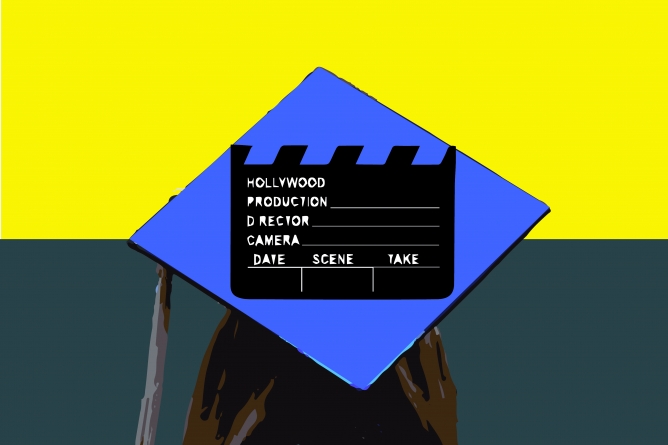 Other favorites include Disobedience, Shutter Island, The Martian

This decade brought extraordinary films that left their mark on the history of cinema. Disney saw major success with the release of both “Frozen” and “Frozen 2,” as well as the highly anticipated sequel to “The Incredibles.” The Marvel cinematic universe finished the decade with multiple “Avengers” movies, ending one chapter and allowing a new one to begin in the new decade. These blockbuster films have made their mark on viewers, but there are other films that made a more personal impact on UC Davis students.

A number of students took the time to share their favorite pieces of cinema from this decade with The California Aggie.

Minh Tran, a first-year biopsychology major, said her film of the decade was “Silenced,” directed by Hwang Dong-hyuk.

“The film was an advocate for sexual assault victims, [and it] calls out the predator and toxic power dynamic in work environment,” Tran said.

Neha Singh, a third-year neurobiology, physiology and behavior major, said “Wonder Woman,” directed by Patty Jenkins, was the film that stood out to her this decade because it was “empowering” and “very funny.”

“I love movies that are unpredictable, and this movie was unpredictable with a twist at the end,” Formoli said. “The acting was phenomenal.”

“The film demonstrated unity and genuine cooperation throughout the entire film involving many parties who always are at odds,” Guzman-Avila said. “I was most impacted understanding that I too would wish to see global cooperation such as that of NASA and China or a new space colonization effort with my lifetime.”

“It impacted me the most because it allows its viewers to grasp a closer sense to what we are currently facing today in America,” Banuelos said. “The door to higher levels of racism opened up with the current president we have.”

Madison Satre, a fourth-year psychology major, was moved by “Call Me by Your Name,” directed by Luca Guadagnino.

“It reinforced living in the moment and taking chances when you can, because you never know when the moment will pass,” Satre said.

Shreya Kandasamy, a fourth-year psychology and Chicana/o studies double major noted that “Before Midnight,” directed by Richard Linklater, “taught [her] how relationships are not perfect and that communication is key to sustaining relationships.”

Noemi Gregorio, a third-year communications major, said “World War Z,” directed by Marc Forster, made an impact on her.

“I thought it was crazy because it was something I had never seen before,” Gregorio said. “If you see the movie you will literally see the world collapsing in front of you. It was just a movie, but [it] felt possible.”

Alisha Singh, a third-year political science and public service major, said “the film that resonated with me the most was “Alita: Battle Angel,” directed by Robert Rodriguez.

“It taught meaningful lessons about the strength of grit and never giving up.”