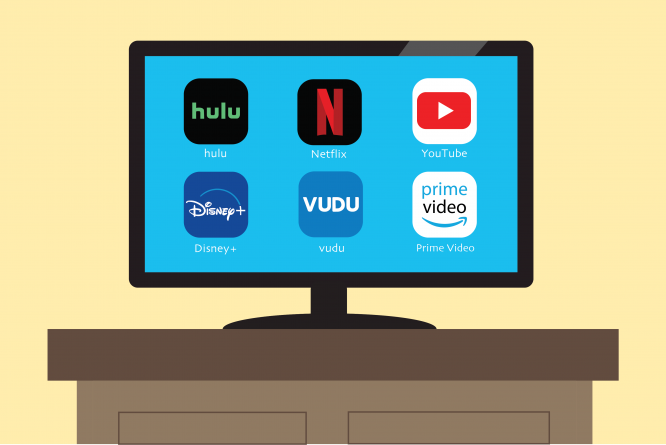 With January going by too quickly for me to even memorize which classroom my lecture is in, it’s time for new shows to premiere and occupy my time. But where new shows come alive, old ones go to die.

“The Good Place”
The selfish Eleanor Shellstrop (Kristen Bell) finds herself in the Good Place after she passes, and it doesn’t take her long to realize that she doesn’t belong. With the help of her soulmate, a philosophy professor named Chidi, she takes morality classes to try and become more deserving of the Good Place.

The series had a short run with only four seasons, but it didn’t end due to a lack of viewers. The series wants to go out while it’s still on top. Since first airing, the series has won a Humanitas Award and a Peabody Award along with a number of other winnings and nominations. The Good Place, which first appeared on Sept. 19, 2016, will air its last episode on Jan. 30.

“Criminal Minds” will end its fast-paced crime drama on Feb. 15. The show has 15 seasons, most of which can be watched on Netflix to stay up-to-date on the most recent season. Its first episode aired on Sept. 15, 2005. The final season will consist of 10 episodes. Although a number of its original cast has left, the show remains true to its crime episodes that end with the villain getting caught to give the audience a happy ending.

“Fresh Off The Boat”

Following Constance Wu’s controversial tweet back in 2019, “Fresh Off The Boat” was cancelled and is due for its last season. In the tweet, Wu said she was crying over the renewal for season six — and not in a good way. When fans exploded over the tweet, she went on Instagram to clear up the situation and explained that she wasn’t upset about FOTB being cancelled, but about the schedule conflict that it created with another project she was interested in.

The series followed Eddie, played by Hudson Yang, a young hip-hop loving pre-teen as he deals with a controlling mom, an optimistic dad and the gruesome ropes of middle school. As the series progresses we see the family take on new challenges. The show is based off of chef Eddie Huang’s best-selling memoir of the same name.

With this last season coming up, the show will introduce a spin-off with the Indian family of a young girl who goes to Eddie’s school. The series will end with an hour long episode on Feb. 21.

“Modern Family”
With multiple Emmys on its shelf, Modern Family will be wrapping up on April 16. The comedy series first premiered on Sept. 23, 2009. The series features one big family living in three separate households — the Pritchetts, the Dunphys and the Pritchett-Tuckers. The show gave viewers many laughs and the opportunity to see the kids of the show grow into adults, their characters changing along with them.

After a long run, “Supernatural” is finally getting its last season. The show first aired back in September of 2005 when the pair of brothers Dean (played by Jensen Ackles) and Sam (played by Jared Padalacki) investigate their father’s death in the supernatural world. The siblings had quite the ride over the years, facing evils such as demons, wendigos and even the Devil himself. The show holds the title for the longest running sci-fi genre series, but after a general agreement amongst the cast and the producers, they decided 15 seasons was long enough. With two failed spin-off series and 360 episodes, the cast has left quite the shoes to fill for any upcoming sci-fi/horror show. May 18 will be the last time the public gets to experience a new adventure with the Winchester brothers.

After the passing of their father, Nicholas (played by Josh Thomas) steps up to take care of his two half-sisters, one of whom is on the autism spectrum. The show first aired on Jan. 16, 2020 and it’s unknown whether or the show will be renewed for Season 2. The series has a fun and wildly entertaining cast, and viewers see it’s the small moments that make a family.

This show airs every Thursday on Freeform.

“Awkwafina Is Nora From Queens”

Golden Globe winner Awkwafina is the star of the sitcom “Awkwafina is Nora From Queens.” Nora is raised by her father and grandmother as she navigates her life in Queens, New York. The series is a scripted depiction of Awkwafina’s life beginnings as she started her career in New York City. The series has been renewed for Season 2.

The show premiered on Jan. 22 and will have new episodes every Wednesday on Comedy Central.

Rosario Dawson stars as Allegra Dill in a murder drama. Dill goes back to her hometown to investigate the death of her sister and finds herself confronted with the truth that her hometown has turned into a corrupt city. This series is based on Ross Thomas’ novel “Briarpatch”.

The series will premiere on Thursday, Feb. 6 on the USA Network.

Katy Keene is a spin-off of the show “Riverdale” and takes place five years after Keene leaves behind the eerie and confusing murder-infested Riverdale. Keene (played by Lucy Hale) is an aspiring fashion designer trying to make her name in the big city. With best friend and ex-Riverdale resident Josie (played by Ashleigh Murray) by her side, the two friends make their way to live out their big dreams in a five-person apartment.

This series will premiere on the CW on Feb. 6.