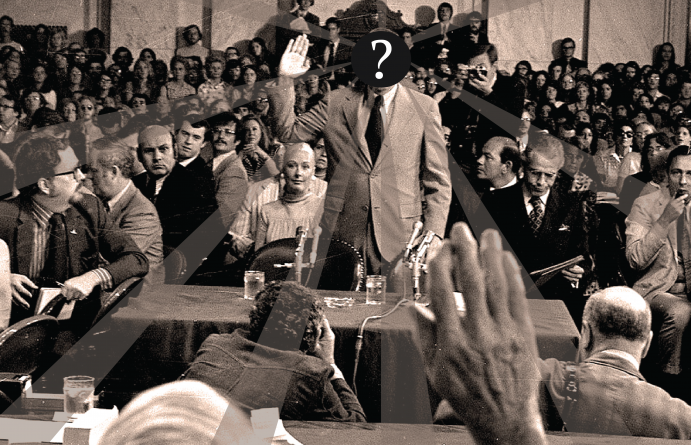 Well, the verdict is in. It can now be said with absolute certainty that your opinion on that thing — that issue you care so much about — is the correct one. Yes, the correct opinion. You have it. It must be a relief to finally know that. I’m sure you’ve been pulling your hair out and wasting away for years, waiting to figure out whether your opinion on this issue was the right one. I’m just kidding, I’m sure you’ve never stopped to consider it. If I told you right now that many of your many opinions are the incorrect ones, I’d bet it wouldn’t even faze you.

Anyway, I’m bringing up this issue because we here at “The News” have just uncovered some old archival footage of Demoratic Candidate X. Believe it or not, it reveals that they agreed with YOU about that issue way back in 1996. I know you liked Democratic Candidate Y, but unfortunately, they didn’t agree with you until 2005. This means it is now confirmed that Democratic Candidate X is objectively better than Candidate Y. I’m sorry if you liked Candidate Y, but by now you really should understand that these primaries are about being right first. It’s a race to be right. Whoa, wait a sec, I meant a race to be left. To be left. Left is right and right is wrong. All they can do is make a left turn from the left lane and a wrong turn from the right lane. Yeah, that’s right. I mean left.

Ah yes, Candidate Y. Yes, they were on a good run for several important issues, but in 1996, Candidate X beat them to the left right at the moment they said, “This salient issue is really a major issue, and the American people aren’t going to take it anymore, which is why I support Candidate Z’s solution.” Oh s**t, where the hell did Candidate Z come from? We didn’t know that they believed that. Well this ruins everything now. We’re going to have to totally recalculate who is objectively the best and who you need to cancel. Let me just — wait — ah hell — we’re just getting word from a campaign event in Iowa that Candidate Q now agrees with you too. Normally this wouldn’t matter since Candidates X, Y and Z said it first. But Candidate Q just said it way more authentically than any of them did, so we’re having difficulty computing who’s more authentic as a function of who said it first and who said it in a more charismatic way. We’ll have some nice little think pieces and listicles out very shortly that will let you know who to support and who to cancel. In the meantime, perhaps we’ll just let you decide for yourself. But don’t get used to that.