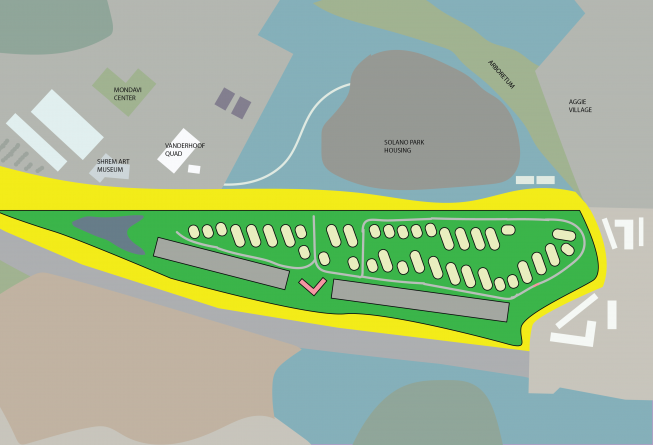 The Davis City Council announced its intention to defend against a plaintiff’s appeal targeting Nishi Gateway — a long-contested student housing development project slated for South Davis — after a closed-door meeting on Jan. 14. News of the appeal drew condemnation from both council members and student representatives who support the project.

The original lawsuit, first filed by the Davis Coalition for Sensible Planning in early 2018, alleged that the proposed project violated California Environmental Quality Act (CEQA) and the city’s own affordable housing ordinances. In 2019, Susan Rainer, one of the plaintiffs, told The California Aggie that she felt that “Davis leadership is incompetent.”

“Those of us who oppose the Lincoln40 and Nishi projects are not opposed to more housing being built, especially student housing,” Rainier said. “We are opposed to the way it has been approved and, now, how it’s been done with the plan made by UCD and the city.”

At the time, Rainer cited concerns about potentially dangerous particulates from nearby transportation, as the planned site is located near both I-80 and the Davis Amtrak line.

A Yolo County Court judge, however, ruled in the city’s favor in October 2019, according to the City of Davis’ website. Judge Peter M. Williams ruled that the Nishi project was in compliance with both CEQA and the city’s affordable housing ordinances, and the plaintiffs failed to provide new evidence that the project would cause “an exacerbation of existing environmental hazards or concerns,” according to the city.

In a different post, the city announced that the plaintiffs had filed an appeal in December 2019. After a closed-door session on Jan. 14, 2020, the council announced that it voted to continue fighting the Nishi lawsuit in court.

Mayor Pro Tempore Gloria Partida argued that Nishi would provide “badly needed” student housing in Davis’ tight housing market and said that further delays in the project development went against the will of Davis voters. Once completed, development plans say that Nishi 2.0 will provide 700 units of student-oriented housing, adding 2,200 beds in total.

“We as a city make providing fair and affordable housing that meets CEQA requirements a top priority,” Partida said. “In addition, Measure R gives a voice to our voters in this process. We are defending this appeal because housing is badly needed and our citizens’ votes should be upheld.”

“The voters of Davis spoke clearly that they approved of this version of the Nishi project that will bring more quality housing to town,” Carson said. “I am concerned about the continued effort to overturn the will of more than 11,000 voters who approved of this greatly needed housing.”

News of the appeal drew condemnation from Adam Hatefi, the ASUCD External Affairs vice president. In a public statement posted on Facebook and dated Jan. 14, Hatefi referred to plaintiffs Rainer and Colin Walsh as “feckless, student-hating, well-fed miscreants” and expressed dismay that the appeal would further delay the project completion. Hatefi said that the Nishi project, once completed, would provide Davis students relief from rising food insecurity, homelessness, debt and tuitions.

“It is our hope that the battle will end soon, before the cost of these delays kills the project entirely,” Hatefi said. “Housing is needed now more than ever, and this brazen attempt to subvert the democratic will of Davis voters is repugnant and distasteful.”

Some disagreed with Hatefi’s characterization of the lawsuit. Rik Keller, a city planning consultant and blogger at The Davisite called the letter “ridiculous slander” in the comments of Hatefi’s post, also claiming that the “Yes on J” campaign in support of the Nishi project “spent a lot of money buying support from students.” A search for developers ‘Davis Gateway Student Housing LLC’ on the Davis Campaign Disclosure Portal shows that the company spent nearly $300,000 in campaign expenditures in 2018. It is unclear how much of that money was spent specifically targeting student voters.