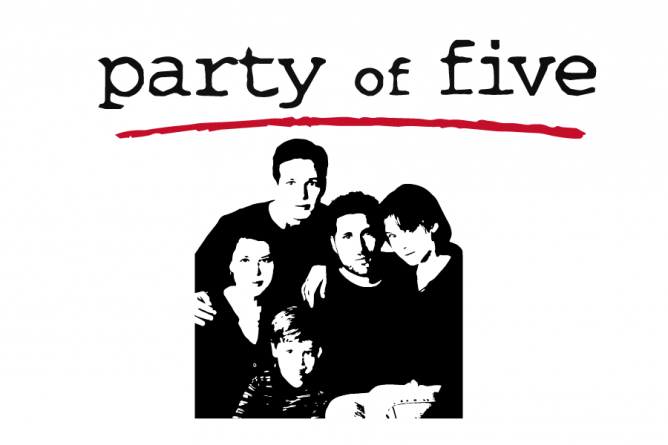 Emotionally hard to watch but necessary

When I worked in a majority Spanish-speaking classroom, I witnessed two students share a tearful embrace. It was the day before the presidential election, and when I asked the two girls if everything was okay, one of the girls explained she was afraid that she wouldn’t ever get to see her friend again. She was fearful that if Trump were to win, her friend would be sent back to Mexico. These young girls understood the impact of the election, asan unjust fear of being separated had been placed above their heads and it was heartbreaking to see.

The issue of immigration has become a recurring topic of conversation, especially within the political sphere over the past four years. Yet, public perception of the issues faced by immigrants are largely generalized and there still isn’t enough nuanced exposure of their day-to-day realities. The show “Party of Five,” which airs on Freeform, shines a necessary light on the numerous and varied aspects of deportation and the effect it has on families. It’s hard to grow up without parents, but to have them taken away by Immigration and Customs Enforcement officers is a whole other experience.

The current show is a reboot of the 1994 to 2000 “Party of Five” that followed a family of five siblings whose parents died. While the earlier version of the show focused on how the siblings would take care of each other following the loss of their parents, this new take relays a different and more complicated sense of parental loss. The Acosta family still have their parents, but they are faced with immense limitations, which keep them from being together.

The youngest daughter, Valentina, is the only sibling to witness her parents being taken away from her family. It’s heart-wrenching to watch anyone be separated from their parents — it’s especially hard in this context because Valentina is the youngest and the most dependent upon her parents — and it’s even more painful because we know her parents won’t be able to come back. All the siblings are left to fight against a faulty system that is set against immigrants and their families.

Each sibling’s values shift after their parents’ deportation. Emilio puts aside his dreams of pursuing a music career to take care of his family and their restaurant. For Beto, he must deal with the additional pressure of keeping up his grades, as academic failure is a reason for the system to place him and his siblings in foster care. Lucia, who used to be a straight- A student, loses her belief in the systems that failed her and her family and becomes defiant and filled with anger toward the world around her. On top of it all, the siblings must also care for their infant brother.

There’s a harsh reality that comes with life as an immigrant and “Party of Five” gives an in-depth view of this lived experience. Being an immigrant means living with constant paranoia and always being cautious about mentioning one’s status for fear of being taken back. Even though some might want to make the decision to gain citizenship, there are too many hurdles in place that prohibit hopefuls from securing papers. These restrictions force immigrants to choose between mediocre options just to get by and make a decent living.

This limited insight is merely a glimpse into the numerous ways the system is stacked against immigrant families.

The show delves into storylines that genuinely convey authentic experiences (caution: spoilers ahead). The father of the Acosta family tries to make his restaurant successful with a liquor license, but must ask a family friend to put his name on the license for him, due to his own citizenship status. It may seem as if the friend is performing a selfless favor, but he takes advantage of the Acosta family by getting 30% of the bar sales for perpetuity. This sacrifice seems fair in the father’s eyes, but Emilio thinks differently.

There is another scene where Lucia tries to help a friend renew his DACA status in order to get a job. When they get there, they meet a woman so desperate for money that she offers to sell her baby’s social security number to him — a horrifying example of two disenfranchised individuals willing to do anything to survive. While facing an uncertain future — unsure whether or not his status will be renewed — he believes the woman’s proposition is the best offer.

“Party of Five” is an intimate portrayal of the all-too-common occurrence in which immigrants are forced to drop their standards and make decisions that aren’t always the best, but are necessary. The show gives viewers a clear picture of the limitations placed on the Acosta family members through detailed depictions of racism, discrimination and gender norms the family faces  the effects of separation.