Skip the car, take the train 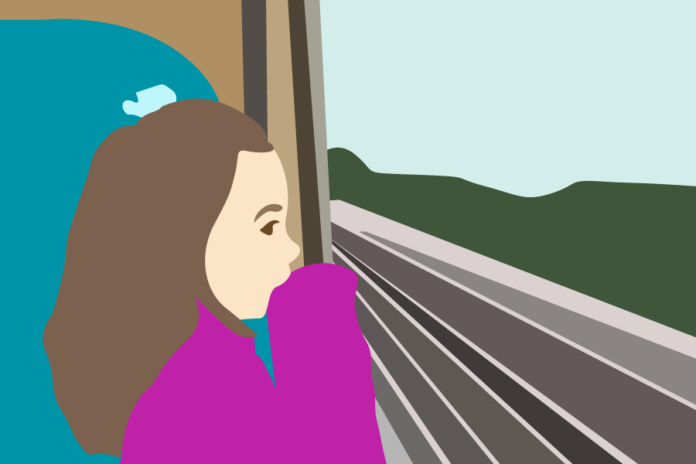 In 2005, when I was five years old, my family moved into a townhouse next to the train tracks. My younger brother would run up to the end of the sidewalk and start shouting, “Train! Train!” while clapping his hands in pure glee.

My family, like many American families, traveled around in a car without giving much thought to public transportation. My first train ride wasn’t even in the U.S. — it was when I was seven during a family trip to Punjab, India. We landed at the airport in New Delhi where my grandpa came to get us, and we all took the train back to my grandparents’ home. My mom still remembers the complete shock and bewilderment on my face when I saw how congested the station was, even in the late hours of the night. At the time, I loved being able to experience a new mode of travel, but in retrospect, I mostly appreciated traveling in a way that is integral to daily life in another country.

I use Amtrak on a routine basis now — I take the train to go home about every other weekend — yet I only took Amtrak for the first time in fourth-grade on a field trip to Old Sacramento. It was a new experience and felt like an adventure in itself. On the train ride to Sacramento, my friends and I played Go-fish, took silly pictures, hoarded candy from the cafe car and saw California in a whole new way.

Now, I love seeing that same excitement in kids when they see a train. It reminds me of that unique, pure happiness that my brother and I shared in the townhouse so many years ago. Two weekends ago, while waiting to get on the Amtrak back to Davis, I saw a young boy waiting at the station with his parents. When the train finally came, he jumped up in excitement — the way my brother did as a kid. I saw him again in the cafe car, this time with his grandmother. He was prancing around and excitedly looking at the views of Oakland out the window.

The charm of Amtrak still hasn’t worn off for me, and I try to limit my car usage by taking the train more. In 2019, New York Times columnist Kara Swisher published an article explaining why she permanently gave up her car. This past December, Swisher was a guest on the War on Cars podcast. During the episode, which focused on writer Sarah Goodyear and Swisher’s various views on transportation, Goodyear brought up an interesting point about raising her children and the use of transportation that I hadn’t considered before.

“A lot of the time you’re just actually just sitting next to them and you’re looking at the same thing,” Goodyear said.  “You’re engaged with the kid in a different way.”

Traveling with your children on public transportation can provide a very different dynamic from the one in a car. One of the most common arguments I’ve heard from happy car-owners is the sense of intimacy and privacy that it brings. Although this can be true, traveling in a car can feel mundane and, ironically, impersonal. There isn’t enough room to interact with one another when everyone seems to be trying to kill time on their own.

Of course, everyone has their own prerogative on how to raise children and move around from place to place. Raising a family with an eight-seater van might seem natural, but it doesn’t have to be that way. Trains and other modes of public transportation aren’t just exciting for little kids — they can also be a formative experience.

Growing up with a car made me passive about how I went from one place to another. I was too accustomed to a particular mode of travel. But as I got older and had to be more responsible for things like getting myself to a friend’s house or school, I took a more active role in how I traveled. Using public transportation as an alternative in daily family travels can be a fun way to better engage with not just your physical setting but with one another as well.