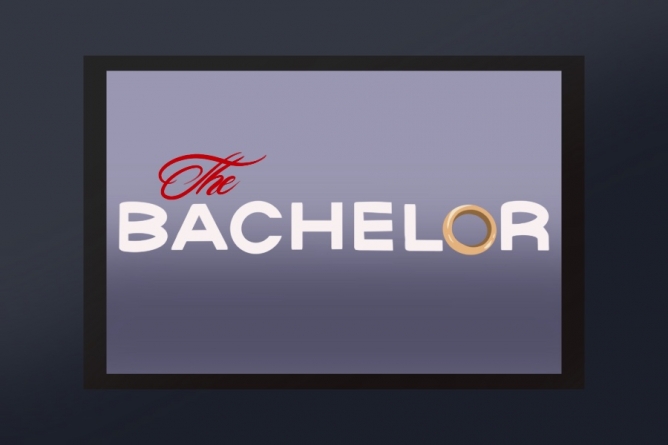 Absurd moments in Season 24 of “The Bachelor” thus far

Pilot Peter Weber is front and center in this season of “The Bachelor.” Every year, the reality television show is notorious for its dramatic content, and this year seems to be the cherry on top of the show’s legacy of drama. Mark your calendars Bachelor Nation, because after the premiere, which aired on Jan. 6, every Monday from 8-10 p.m. is dedicated to Season 24 of “The Bachelor.”

Every social media platform is emanating “Bachelor” memes left and right — there is no end to the onslaught. Absurd highlights thus far in the season, such as “Champagnegate” and Hannah Brown’s reappearance, have gained immense publicity in current popular culture.

During episode one, when the women met Peter for their first time, ridiculous moments began to take shape at the Bachelor Mansion, and some UC Davis students gave their insight into the drama in the season thus far.

Vietnamese people retweeted the moment on Twitter — one user said, “Tell me why I don’t know anything she’s saying except that she just called herself a child.”

According to Dihn, who is fluent in Vietnamese, honorifics are the way in which you refer yourself to someone depending on your relationship with them.

“It seems like she found the words to say on Google Translate and then memorized it,” Dinh said. Apparently, the Asian demographic’s response to this moment is a “mixed bag.” Some are reacting positively because “the fact that a Vietnamese woman appeared on the Bachelor is kind of a win” in contrast to the stereotypical white women who “appeals to a very certain look,” Dinh continued.

“When ‘Crazy Rich Asians’ came out, it was our ‘Black Panther.’ It was a movie featuring an all Asian cast, so they could see themselves as represented,” Dihn said. “Some people say it kind of runs along those same lines.”

Some people, however, simply find it “insulting” and a “wrong representation that [Vietnamese people] want in popular media,” according to Dinh.

Although this absurd moment is not as well known, it is in fact, ridiculous. There are myriad absurd moments thus far in the season, and many more to come. As Chris Harrison said in the first episode, “We are in for a truly wild journey.” And he did not disappoint.

“They always edit it to be dramatic even if it’s not,” said Bella Turek, a second-year global disease biology major. “I mean, they dedicated a whole episode to Champagnegate.”

In case you missed episode two, in summary: Two women fight over a bottle of champagne. During one of the cocktail parties, Kelsey prepared a romantic set-up near the fireplace with a bottle of Dom Pérignon (a bottle that she has been saving for years for a very special occasion, apparently).

In the distance, she hears a cork pop, and then things go all “Lord of the Flies” at the Bachelor Mansion. Hannah Ann and Peter opened the sacred bottle, with Kelsey looking on in horror. Kelsey then attacked Hannah Ann with accusations that she opened her champagne on purpose and thus, Champagnegate was born.

“[Kelsey] wildly overreacted to Hannah Ann and used some poor choice words,” said Sarah Machle, a second-year communications major. “She claimed that that was not bullying, but by definition, I mean, it was ugly, to say the least.”

The “Champagnegate” title was coined as a parody of the 1972 Richard Nixon Watergate scandal. Champagnegate may have also been orchestrated by those in positions of power — there’s speculation that the producers had a hand in framing another champagne bottle at the same time Kesley set hers up to stir up the cocktail party.

“The producers plant things,” Machle said. “This season, the producers have really been scheming more than usual. They are having a lot of influence on these little scandals for sure.”

Machle is not the only one who feels that the producers have an ill-intentioned, ominous power over the show.

“I feel like when you watch ‘The Bachelor,’ you really know who stays on because the producers want them to stay on,” Turek said. “But I’m fine with that because I’m a sucker for good/bad TV.”

In addition to the producers meticulously plotting the chaos of Champagnegate, rumors reveal that Hannah Brown’s return lies in the producer’s hands as well.

Machle is convinced that it was in Hannah Brown’s contract that she had to come back to “stir things up,” according to a podcast hosted by a previous bachelor from the television show.

“When Hannah Brown came back for a hot second, she was just there for drama purposes and then she left,” said Yukio Partida, a second-year neurobiology, physiology and behavior major.

Whether it’s in her contract or not, Bachelor Nation is divided for or against Hannah Brown’s return. Will Peter end up with Hannah, or will he have his chance at love with one of the women on the show?

Speaking of coming back on the show — Alayah returned, and she returned with a rose. After multiple accusations over Alayah’s supposed on-camera vs. off-camera facade, Peter sent her home at the rose ceremony at the end of episode three. But that’s not the last time the audience will see her.

Alayah comes back during episode four with questionable intent, and the women on the show are not having it.

“I like how this season, the girls are calling Peter on his sh-t,” Machle said. “It’s about time.”

“Stand firm on your decisions, man! You have like 25 other women, do you really think that one is that important?” Machle asked in reference to Alayah’s return. This season, it’s apparent that Peter has been “messing up a little bit” and “handling things in a bad way,” she added.

For instance, let’s talk about how Peter handled Victoria F. and Chase Rice’s past romance. There’s talk that the producers set something up once again and had country star Chase Rice perform for Peter and Victoria F. on their one-on-one date, well aware that Rice and Victoria F. had a romantic history.

Victoria F. was not the only one who was surprised. When she finally told Peter about her and Rice’s history, he was speechless. Victoria F. — who ran away crying while Peter sat in shock at the dinner table — had her date ruined due to what again appeared to be meddling by the producers.

Peter fans are none too pleased with the fabricated drama and the toll it’s taking on Peter’s love life.

“We protect Peter; I would marry him in a second,” Turek said.

The season has just begun, but it’s chock full of absurd moments. Tune in on Monday nights to see how Peter handles upcoming scandals.

“I’m still being drawn in for the drama factor, and there’s a lot of that,” Partida said.