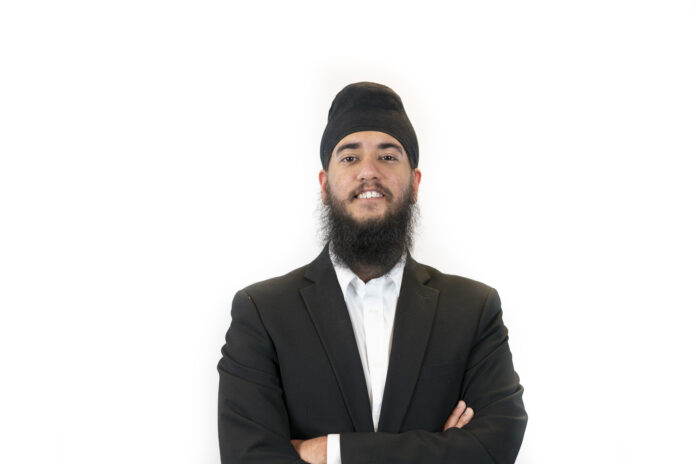 The California Aggie: Introduce yourself to us — what is your name, your year, your major and your pronouns?

Amanjot Gandhoke: My name is Amanjot Gandhoke, I’m a third-year managerial economics, major, double minor in poli sci and tech management and my pronouns are he/him.

TCA: And are you affiliated with a slate?

AG: I am, I’m affiliated with the Thrive slate.

TCA: Why did you choose to run with the Thrive slate?

AG: I ran with Thive last quarter as well, and the primary reason was because many of the individuals I’ve been super familiar with. Michael Gofman, [is in] my fraternity, so there’s just individuals who I’m pretty comfortable with.

TCA: You mentioned that you ran previously for Senate, and we’re curious why you’ve chosen to represent it again.

AG: Last quarter, I think I was shy of a few votes by the end of it all. And so I’m going to share with you guys last time as well, that if I really do want to see any sort of change being done at this university, it’s going to require me being in some sort of position of authority and power. And it’s that same mindset coming in this quarter as well. Many of the things that I’m trying to do I’m still pushing for again this quarter in many of the platforms that I have. It shows that pursuit of knowing that the changes I’m looking to employ better and better this university — in order to actually have this implemented, I’m going to need to be trying to become a senator in order to have that position of authority to really push those platforms.

TCA: And what are your platforms?

AG: Primarily, I have three platforms. The first one is to vouch for student safety, and that’s going to be by bringing back Tipsy Taxi. Not only is this going to make people who are intoxicated safer, but also individuals on the road. Something I shared in my last statement was that I’ve lost a few people in my life because of drunk driving accidents, both behind the wheel and those who were just innocently walking down the road. I don’t want to lose a friend while I’m going to UC Davis, so I’m looking to bring that back.

The second thing is [the creation of] a career day specifically for ag majors. This university, [is] obviously world-renowned for being an agricultural university. I think that in some ways, we have kind of leaned away from that. I would like to see us lean toward that. Being in AGR, which is an agricultural fraternity, being a field day coordinator for the College of Ag, I see the value that comes with the ag industry, as well as those who are looking to major in ag, and I really want to push through some opportunities for those individuals.

The third thing is being a model figure and leader for my community, which is the Sikh community. And it goes beyond there as well — it’s not just individuals who are Sikhs, but basically individuals and communities that are marginalized as well as undervoiced on our campus. I’m looking to be a voice for those voiceless communities, and a figure that they can look up to and say, ‘Hey, no matter the background that we come from and the community that we’re a part of, we can still push for something higher’ and [a] position of some sort of authority.

TCA: What’s your understanding of the ASUCD fee referendum, and what’s your stance on it?

AG: So as far as my understanding goes, and this kind of goes into the discussion we had last time as well, we’re running a deficit currently about $500,000 I believe, and our budget is set around $15 million. In order to kind of get out of that deficit that we’re in, this referendum is really going to help push us out of that hole. And the referendum, as far as being proportional to tuition goes, it’s a few dollars that are really going to go a long way, as far as being able to maintain a lot of the units that ASUCD runs. So I’m completely for the referendum.

TCA: And then what specific actions have you taken personally to ensure the passage of the referendum?

AG: Absolutely. So as far as specific actions go, people realize that I’m running for ASUCD Senate, and many of the people in my circle aren’t very familiar with what ASUCD is about. The one thing that I’ve been really pushing toward is educating those people to show them why this increase in the fee for ASUCD is actually happening. People look at it as an increase in their tuition or just basically more money being burnt on things that maybe don’t directly benefit them. But they truly don’t understand that the units and just ASUCD as a whole, what that money can really do for them as well as individuals around them.

TCA: If elected, are there any units that you are considering adopting?

AG:  One of the primary units that I’ve worked with before and I’m looking to adopt is The Pantry. Are you saying like which unit I’m looking to help out as a senator?

AG: So yeah, the primary one would be The Pantry. In my days in high school, we really didn’t have too much as far as promoting or personal growth goes. But one thing that I was a part of was FFA, which is Future Farmers of America. And this was an organization that really pushed my professional development, as well as went as an educational tool. I was really able to learn about food insecurity and food distribution and the pantries and organization. I set up a conference called the Word Conference with them as well last year, which is for food waste, insecurity and distribution. I [would] really like to work with them moving forward as well.

TCA: In the case that you weren’t elected this election cycle, would you get involved in ASUCD in other ways?

AG: Absolutely. I haven’t really looked into specific positions within ASUCD outside of Senate because this is just something that I’m really hoping to gain this quarter, but I would definitely love to be part of this organization.

TCA: What would you say you would do differently than current Senate members on the table right now?

AG: I know one of the primary things, which is what you guys have seen and many students have as well, is current senators running on platforms and then eventually not capitalizing on them in their time in Senate. The way that I try to set up my platforms is ideas that are attainable — I wasn’t trying to expand a parking garage and build a bunch of parking or anything of that sort. I know these goals are something that are more than accomplishable. These are goals that can really help the overall quality of life of every student here at Davis. So I’m hoping to actually be able to follow through with these promises that I’m looking to make as well as other things as well outside of that platform.

TCA: What do you think is the biggest issue on campus right now?

AG: One of the biggest things that I saw [while] running last quarter was that people have no idea what ASUCD is; along with that, there was an election happening when I was running. And just establishing a greater relation with the student body, whether that be with better publicity of who we are, or figuring out ways to actually reach out to them. I really do see that a huge problem is just having that transparency with our student body.

AG: Personally, I do realize that there are office hours that senators have where people can kind of drop in and whatnot. I haven’t given that specific thought quite yet, but I’d like to do something more than just that. I don’t know if that’s all that part of an effective way of being able to communicate with individuals. It’s just more of a way of a couple people being able to come in and talk one-on-one, but I’d like to develop a greater way of being able to reach out to more people on my time in office, and have them kind of realize what I’m personally trying to do, as well as what us as a Senate are trying to do as well.

TCA: Do you have any questions for us or any additional thoughts or comments?

AG: I asked you guys this last time and I wanted to see if this kind of changed with the new wave of Senators that have came through — you guys have sat through a bunch of these interviews with a bunch of individuals who have given promises, whether they capitalize on those promises or not, I personally don’t know. But you guys might have more insight. Have you seen any sort of an improvement since last time within this past quarter of current senators actually fulfilling those promises that they made?

TCA: Well, you know, everyone that ran in fall, a lot of them run on platforms like, ‘We’re going to build a new parking structure, and we’re going to do all this and more blue lights.’ And we haven’t seen any of [that].

Also, a lot of the times, even though the platforms are pretty lofty, and like 95% of the time they don’t get accomplished, I just have to say that Shondreya is putting on that gala, which I think is pretty impressive, and she ran on that gala.

AG: A follow-up question will be: What are some of the things you guys have not heard from individuals that you would like to see changed? We come in with our own kind of wave of things and platforms we’re trying to work on, but maybe some things that you guys haven’t really heard of that you think might need more attention.

TCA: I think right now, we’re all just pretty focused on the fee referendum since it’s going to affect us, obviously. So we just want every prospective senator that comes in to have a really good understanding of it and [to] use their own campaign to also campaign for the referendum.

Also, I’ve heard so many senators run on the platform of ‘We will live-stream Senate meetings,’ and it’s so easy and nobody’s ever accomplished that, which I feel like would take an hour to coordinate.

AG: Is that something you guys would look into if they were being live-streamed? Would you actually watch the meetings?

TCA: I think it’d be helpful for us since we report on Senate every week. Then we could go back and watch it.

AG: It’s surprising that people have been promising that for a while, and seems pretty easy, so I would assume it’d be something they’d do.