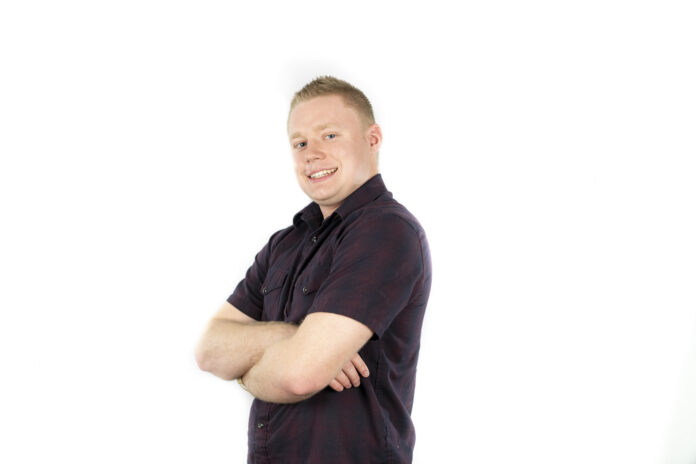 Derek Foster: My name is Derek Foster. I’m a managerial economics major. My pronouns are he/him/his. I grew up in Chico, just a little bit north of here. I’m a transfer student, actually, I went to Menlo College in the Bay Area. After two years there, I came back to UC Davis, out of the city and back to the small town vibe. I love it here at Davis. It’s really where I feel like I belong, it’s a great place. I’m a fourth-year, and I’m going to be graduating next winter. And I really wanted to get involved with ASUCD because I felt like I can do a lot of good in my last year. I want to give back to the campus that’s given so much to me, and I thought that ASUCD was the best way to do that.

TCA: And are you running with a slate?

TCA: What are your platforms and how do you plan to accomplish them?

DF: So my first point on my platform is that I’m running as a financially experienced Senate candidate. I believe that the biggest troubles right now facing the ADUCD are of course their financial woes. If we don’t get the fee referendum passed, we’re going to be having to cut a lot of units. And we have to prepare for two things. Essentially, what happens is the fee referendum does pass, if it’s successful, then that would be the optimal route to go. But the work wouldn’t end there, it will just start. We’d have to then allocate those funds back to the units that have been having their funds reduced because of financial woes. And then, unfortunately, we have to prepare for what happens in the referendum doesn’t pass. What are we going to do then? ASUCD needs somebody that is financially experienced. I’ve worked at a bank for six months. I’ve been in the Finance and Investment Club. I’m a managerial economics major now, but I used to be a finance major when I was at Menlo College. I have a lot of experience in those, and I think that ASUCD needs that experience. Also, just the second point on my platform would be I really want to improve how UC Davis helps students launch their careers, particularly with internships. In the Finance and Investment Club, we have a structure that we help students from the time they’re sophomores, essentially getting into programs for sophomores, then [getting them into] a junior internship and then eventually launched into that career. That comes with a lot of resume work, reaching out to alumni — having them review all our resumes, cover letters, mock interviews, all the things that UC Davis does provide outside or clubs, but it’s not nearly as special. I would say that UC Davis really needs to go one of two routes: provide more funding to our professional clubs that would allow them to bring in more members to really, and then support those members based on their internship needs, or try and hire more specialized students to help kids go through, say, ‘Okay, this is my major, this is the field I want to go into,’ and have a student working there that has been in that field, has gotten an internship in that field, and understands what it takes.

TCA: You’ve discussed the fee referendum — what, specifically, have you done to ensure its passage?

DF: What I’ve done is when I’ve talked to people, I tell them, ‘Hey, this is what we need to do. This is why we need the fee referendum.’ And, unfortunately, I’ve gotten some pushback on that. I think a lot of people don’t want to pay more, and I have to explain to them, ‘Hey, this [fee] hasn’t been raised in 40 years. There are increased costs, minimum wage is going up. I understand no one wants to pay more in student fees, but in order to have the things that we have, we’ve got to find a way to pay for it. And they tend to come around after that. So I think just really spreading the word, making sure that people know — not just saying vote for the fee referendum, because everyone just says that — you got to explain why, you got to really take the time.

TCA: Given that your platform is largely finance focused, why do you feel that you need to be a senator to accomplish your goals as opposed to being ASUCD Controller?

DF: Yeah, so I feel that in the Senate is the best way to do that. Because the Senate has control over the budget. I think that me being able to be a voice in the room to convince other senators. If someone maybe comes into the Senate and wants to pitch an idea that maybe isn’t very good, I need to be able to talk to the other senators. I think that’s the best way, to be in the room with the legislative body to make sure that we have a voice.

TCA: What is your understanding of the ASUCD budget?

DF: We’ve got 30 units, I believe. Some of the units that receive less funding would be The food Pantry. The Aggie is another one of our units that we fund, and the fee that supports The Aggie, I believe, is running out, so that’s going to be another cost that we’ve got to be able to pick up, and right now we wouldn’t be able to pay for it. Something’s got to change.

TCA: As a Senator, which units would you be interested in adopting?

DF: I would say that Unitrans is a big one that I’m concerned with, even though they’re semi-autonomous. I would like to deal with Unitarians just because I believe it’s been one of our most complicated units of high cost, high amount of assets, independent cash reserves, things that I would like to really be involved with the budget to the tune of five-and-a-half million dollars.

TCA: What do you think are the most pressing issues on campus that students are currently facing, and what would you do about it, if elected?

DF: Food insecurity is a big one. Not only do I think it’s an important issue, but it’s a dire issue. There are a lot of issues on campus, but very few [are] as important as being able to feed the students that came here. With the fee referendum passing, with more money that we have, we can help get The Pantry to a bigger place, help them be able to store more food and overall give them the things that they need, essentially. I would be willing to go and talk to them, listen to what they need. And I think it’s an extremely important issue here at UC Davis.

TCA: Why did you choose to run with Thrive?

DF: I felt that the Thrive slate was the most moderate slate, and I felt that they encompass what the whole of UC Davis, as a student body, feels. I’ve known people in Thrive before — they’re people that I’ve gotten along with well — and I thought it was the most natural fit for me.

TCA: Have you been to a Senate meeting?

DF: I have not been to a Senate meeting yet. Unfortunately, this quarter I have a class at the exact same time, and it is intermediate macroeconomic theory — not the class I would want to skip to be able to get there. I do plan on getting to one, and I do plan on going to one Thursday of next week, if I can talk to my professor.

TCA: Being a transfer student, do you think that there is a lack of attention that UC Davis puts toward transfers? And if so, how would you rectify this?

DF: The biggest one that I’ve seen is I like to compare the transfer student programs to, essentially, what the freshmen are going through, because both groups are coming in. And I see that freshmen are a lot more cohesive, and a lot of that is not just students living together in the dorms, but I think they’re really encouraged to go out and go into the clubs and meet new people and being surrounded by other people that are a lot like them. Transfer students have transfer housing as well where they all live together, but I don’t think that it’s as encouraged to go get into clubs to meet people — I only started doing that in my third quarter here at Davis, really getting out. I’d like to go talk to people and say, ‘The best thing you can do to try and find people that you really like to be with, and that’s your best way of succeeding here at Davis.’

TCA: There have been a lot of accusations in the past of toxicity and gridlock in ASUCD. How do you plan to work with everyone at the table, including and especially those you disagree with?

DF: I think that the best way to get around differences is to not go for the personal shots — the ugly stuff is what I like to call it. It just doesn’t help anybody. What we’re meant to do at ASUCD, and what the Senate is for, is to put students’ interests first, and going on personal attacks, going after people, does not serve students. And we need to be laser-focused on our goal of making sure everything we do is to advance the interests of students, and attacking each other doesn’t achieve that. And another way that I would say, going back to that, would be just putting facts first. My opinions in the Senate aren’t as important as the facts that back them up, and just going out and saying, ‘This is what I think this, is what I feel we should be doing’ is a lot different than saying ‘We have this amount of money, these clubs have said they needed it or these units have said that they need it. What do we want to do for them?’ At no point in that Is there any, ‘I don’t like you, your views are wrong, etc.’

TCA: Do you have any final thoughts?

DF: I would just go over the last little bit of my platform, my biggest pet peeve here in Davis is just seeing bikes that are abandoned. I think most of us bike around campus, and when I’m going to park my bike around Wellman, and you’re a little late for class and you just see flat tires, parts missing, abandoned, you’ll see them there all quarter. One of the big things I want to do is get going and getting those things out of there. It’s my biggest pet peeve, it bothers me every time I see it — abandoned bikes taking up spots.

TCA: Do you know who removes bikes on campus when they’re left abandoned?

DF: I was under the impression it was TAPS.