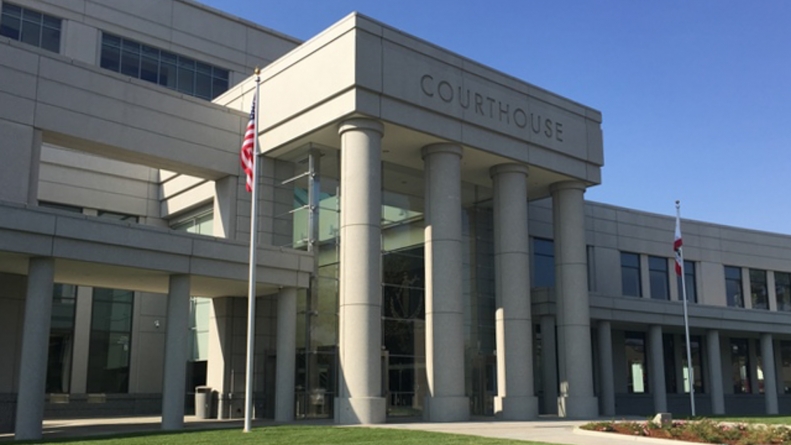 Photo Credits: Superior Court of California, County of Yolo. The Yolo County Courthouse in Woodland, Calif. The Davis Joint Unified School District is suing Juul, arguing that its products are leading to an health epidemic amongst students.

In a media statement, DJUSD explained its reasoning for the lawsuit.

“Davis Joint Unified School District filed a lawsuit against JUUL Labs, Inc. for the company’s role in cultivating and fostering an e-cigarette epidemic that disrupts the education and learning environment across the District,” the statement read.

The District seeks financial compensation for truancy attributed to student JUUL addictions, educational programs about the dangers of vaping and enforcement actions including vape detectors and increased staff on school campuses.

“Davis Joint Unified is holding JUUL accountable for marketing dangerous products to youth, which has, in turn, wasted resources intended for education,” said Davis Superintendent John Bower, according to the statement. “Our students and community deserve better.”

“These ten school districts, which represent over 900,000 students, are part of a statewide movement to hold JUUL accountable for the expenditure of public and taxpayer resources required to respond to the vaping crisis,” the press release read.

JUUL described its efforts to limit teen vaping on its website in response to nationwide outlash against minors with vaping addictions.

“In the fall of 2019, in response to the troubling rise of underage use, we took a series of wide-ranging actions, including suspending the distribution of non-tobacco and non-menthol flavored JUUL pods and suspending all product advertising through broadcast, print, and digital channels,” the website read.

Upon first visiting JUUL, a pop-up asks for the age of the visitor. Selecting the “under 21” option redirects a visitor to teen.smokefree.gov.

If a visitor selects an age over 21, they get access to view the website along with all JUUL products. If a purchase is attempted, however, the site initiates an age verification process that requires the buyer’s full name, date of birth, home address and the last four digits of a social security number.

Despite JUUL’s actions to prevent teen vaping, the U.S. Surgeon General released a public advisory on vaping titled “The E-cigarette Epidemic Among Youth.”

“E-cigarette aerosol is not harmless,” the advisory read. “Most e-cigarettes contain nicotine. Nicotine exposure during adolescence can impact learning, memory, and attention. Using nicotine in adolescence can also increase risk for future addiction to other drugs.”

The advisory also notes that many teen vapers are ignorant about the presence of nicotine in JUULs.

“Despite these risks, approximately two-thirds of JUUL users aged 15-24 do not know that JUUL always contains nicotine,” the advisory read.

The National Institute on Drug Abuse outlines the impacts of vaping on teen nicotine use on its website.

“Vaping devices are popular among teens and are now the most commonly used form of nicotine among youth in the United States,” the website read.

In 2018, 37.3% of high school seniors reported vaping within the past year, according to the National Institute of Health.

“We’re sending a message that when you create a problem and knowingly addict young children, we aren’t going to sit by and not respond or take some sort of action,” said Davis School Board President Cynthia Pickett, according to KRCA.