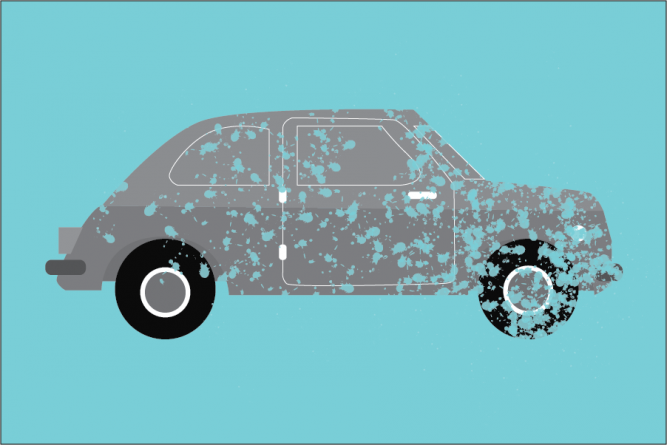 My utopia is a city with car-free streets. San Francisco is one of my favorite cities, but the traffic and congestion is a primary reason for my irritation with cars. Two summers ago, during a brief visit to Amsterdam, I finally had the chance to experience my utopia. In three days I probably saw as many cars throughout the city as I did in a single hour in San Francisco.

With an inordinate amount of cars and traffic, San Francisco is one of the worst cities to drive in. This is surprising considering that San Francisco has one of the better functioning public transportation systems in California — possibly even the country. The Bay Area Rapid Transit (BART) and the San Francisco Municipal Railway (Muni) are all fairly reliable services. I’ve always thought that if there was a city that could move toward going car-free, it would be San Francisco.

This past month, two miles of San Francisco’s Market Street — its busiest and possibly the most dangerous street for pedestrians — finally went car-free. Instead of being gridlocked with cars, Market Street has now been taken over by pedestrians, bicyclists and transit services like Muni. Making Market Street car-free has been a long time coming, and this year critical steps toward improving safety, mass transit and lowering carbon emissions were taken.

“More people move on Market Street than any other street in the city,” San Francisco Mayor London Breed said in a blog post on Medium. “It is past time to return this civic boulevard back to pedestrians, bicyclists, and transit riders to prioritize people first.”

San Francisco is one of many cities looking to move away from cars and toward streets that are more safe and environmentally sustainable. Due to the very present and imminent concerns over death from air pollution, cities such as Oslo and Barcelona have made significant strides to shift away from cars in order to dramatically reduce greenhouse gas emissions. Representative Alexandria Ocasio-Cortez’s Green New Deal also recognizes the role of prioritizing public transportation to reduce emissions.

But San Francisco, Oslo and Barcelona are all high-density and heavily urbanized centers. Going car-free in these cities only works when there is an ample amount of public transportation and almost every destination is made easily accessible. Last year, California Governor Gavin Newsom announced plans to forgo the San Francisco to Los Angeles segment of the high-speed rail due to budgetary concerns, instead focusing on segments of the rail that go through parts of California which lack proper mass transit. This includes Merced, Bakersfield and cities in between. This infrastructure project could serve as an economic boost to regions of the state that aren’t well connected to other cities. Connecting the Valley to the coast, however, doesn’t come without potential costs to consider, primarily social bifurcation.

Although ambitious projects such as the high-speed rails are commendable for moving toward more climate-focused policies, transitioning to car-free streets in rural areas means coming up with solutions that give residents the option to be mobile without a car. The high-speed rail is a much-needed technological feat, but would mainly serve to connect riders between cities. Improving local transit systems like bus lines is an important step not just for the sake of going car-free but because traffic congestion might not be a solely urban problem anymore.

Making changes to the current transportation systems will not be an overnight fix — it’s going to require careful budgetary considerations, assessment of spillover effects and possibly even a reorientation of our physical landscape. This issue has been regaining traction, especially in the context of reducing greenhouse gas emissions. Transportation policy deserves to be in the forefront of our politics if we want to be able to alleviate not just traffic and congestion but reach our very ambitious, yet crucial, climate goals. Continuing to live a car-oriented life is unsustainable, a threat to public health and an economic drain.